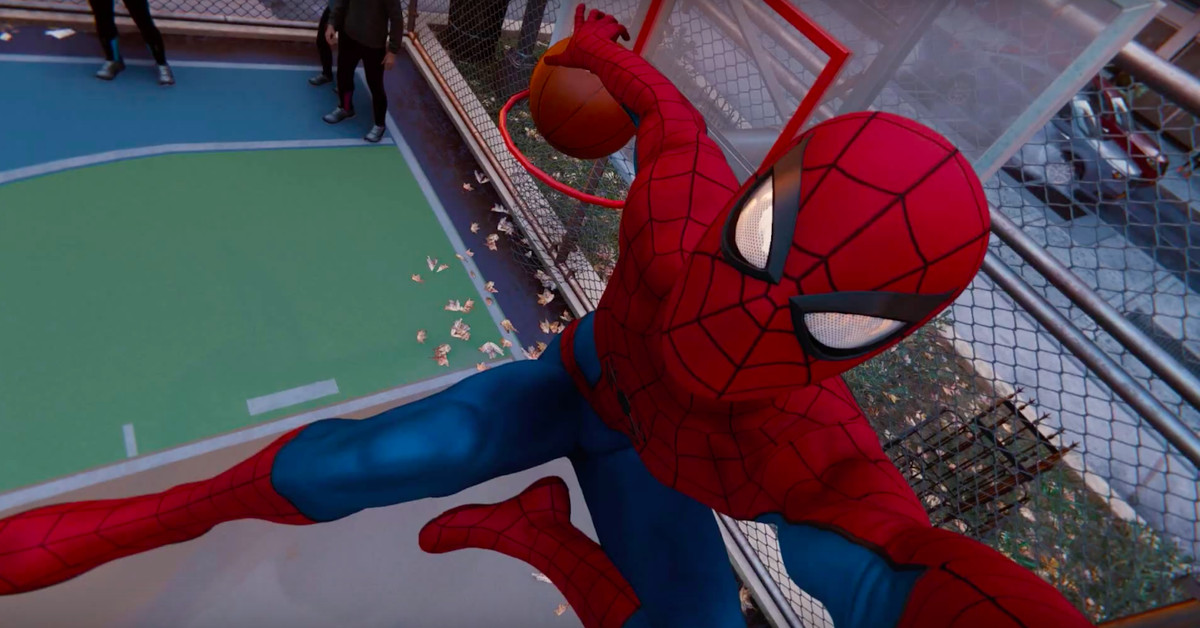 Sometimes, the most fun we can have with a game will be an activity or obsession that the developers never intended for us. Take for example this player’s amazing quest to shoot a hoop in Marvel’s Spider-Man for PlayStation 4.

You can do a lot of things in the game, but playing basketball is not technically one of them. One day, however, YouTuber Reetae27 was hanging out in one of the game’s basketball courts, and he accidentally kicked one of the balls. This is when he started descending into a rabbit hole.

Reetae started testing out the unusual physics of the basketball. Some balls would clone themselves. Some — but not all — could actually be picked up with Spider-Man’s web, presumably to let players hit bad guys in the game.

From here, Reetae spent hours trying to figure out if he could thwip the basketball into the hoop. He knew that the NPCs could do exactly that, somehow never missing a single shot. Whether or not the game had the right collision detection to make it possible for the player was an entire matter altogether.

After a ton of attempts, Reetae discovers that Spider-Man throws the ball way too hard for it to bounce the right way on the backboard. So, he tries another tack: What if you could dunk the ball? To his surprise, the answer was yes, but there was a catch. You couldn’t see the completed dunk in-game. He only discovered that he made the basket a week after the fact, he told Polygon in a Twitter DM, after he replayed the footage back in slow motion.

Reetae didn’t feel that he accomplished the feat if he literally couldn’t see it happening in real time. So, he got to working with other methods. After a few hours, he then discovers that the ball will actually circle the rim from specific angles.

The whole thing is worth a watch, because it captures that weird aspect that makes games great. It’s also funny to see Spider-Man break down at certain parts, unable to handle something that it was never meant to do.

Does Reetae complete his quest? I don’t want to spoil it, because the kicker, which happens after about 15 hours of attempts, is really good. But the result is unexpected.

“You at home might be wondering what the point of all this was, why I randomly devoted [a YouTube video] to learn if you could do something in this game that was clearly never set out for players to do in the first place,” he says at the end of the footage. “And the answer is, why not? Sometimes it’s fun to test the limits of a video game. Sometimes it’s fun to dick around and not actually play the game the way it was intended.”

Reached for comment, Insomniac Games did not respond in time for press. Reetae tells Polygon that while he doesn’t want the developers to change the existing game to make shooting hoops easier, he hopes that it’s possible in the sequel.