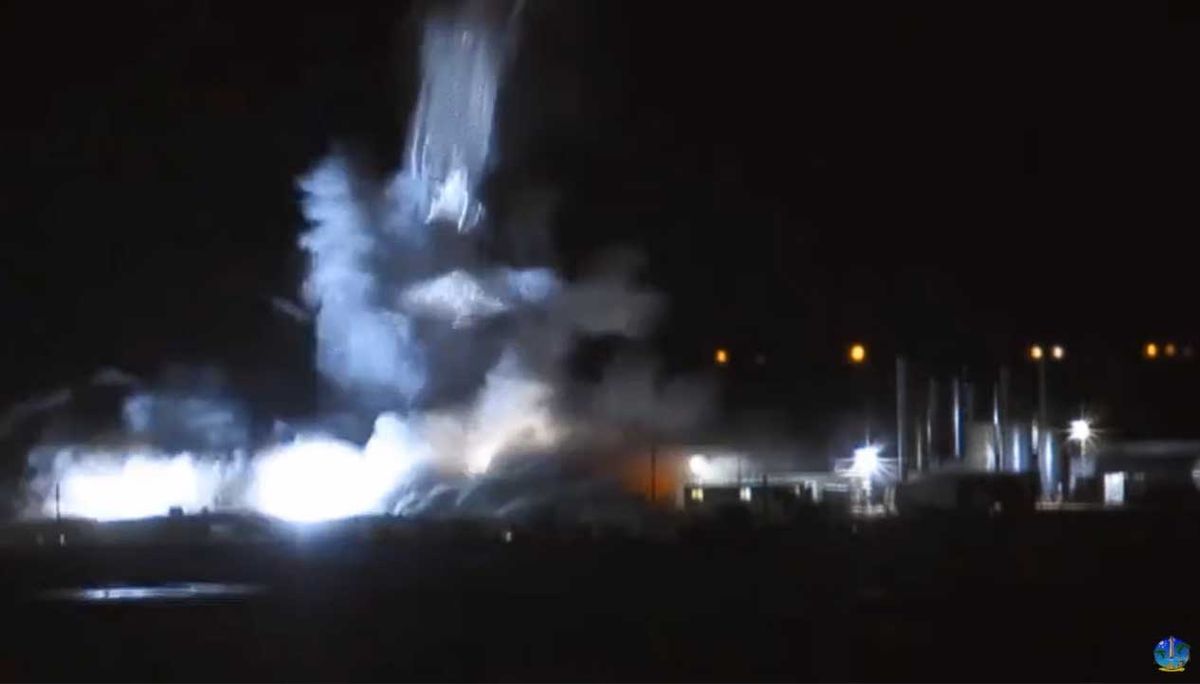 SpaceX’s new Starship prototype appeared to burst during a pressure test late Friday (Feb. 28), rupturing under the glare of flood lights and mist at the company’s south Texas facility.

The Starship SN1 prototype, which SpaceX moved to a launchpad near its Boca Chica, Texas, assembly site earlier this week, blew apart during a liquid nitrogen pressure test according to a video captured by SPadre.com.

A separate video posted by NASASpaceflight.com member BocaChicaGal clearly shows the Starship SN1’s midsection buckle during the test, then shoot upward before crashing back to the ground.

Space.com has reached out to SpaceX for details of Friday’s test. This story will be updated as more information is available.

Video: Watch SpaceX roll out its Starship SN1 for tests

Starship SN1 is a test article for SpaceX’s planned Starship and Super Heavy megarocket, a massive, reusable vertical launch-vertical landing system designed to fly deep-space missions to the moon, Mars and beyond.

SN1, which resembles a gleaming, stainless steel silo, is the first of a series of test articles SpaceX plans to build and test over time in order to fine-tune the systems needed to make a fully functional Starship. SpaceX founder and CEO Elon Musk has hinted that many of these prototypes will be needed to perfect the Starship vehicle.

“We’re now building flight design of Starship SN1, but each SN will have at least minor improvements, at least through SN20 or so of Starship V1.0,” Musk wrote on Twitter on Dec. 27.

Musk first announced plans for SpaceX’s Starship launch system in 2016. The company refined the design over subsequent years into a towering, 387-foot-tall (118 meters) spacecraft and booster that can carry up to 100 people into deep space.

SpaceX has already signed one customer — Japanese billionaire Yusaku Maezawa — for a trip around the moon on a Starship vehicle in 2023.

Join our Space Forums to keep talking space on the latest missions, night sky and more! And if you have a news tip, correction or comment, let us know at: community@space.com.