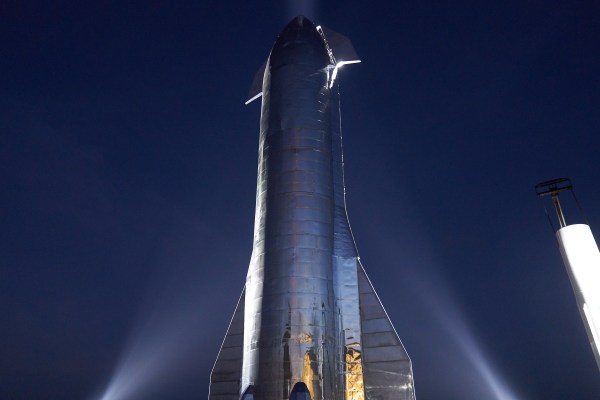 SpaceX has received authorization from the Federal Aviation Administration (FAA) to fly suborbital missions with its Starship prototype spacecraft, paving the way for test flights at its Boca Chica, Texas site. SpaceX has been hard at work readying its latest Starship prototype for low-altitude, short-duration, controlled flight tests, and conducted another static engine fire test of the fourth iteration of its in-development spacecraft earlier today.

Officially, the FAA has granted SpaceX permission to conduct what it terms “reusable launch vehicle” missions, which essentially means that the Starship prototype is now cleared to take off from and land back at the launch site SpaceX operates in Boca Chica. The Elon Musk-led space company has already conducted similar tests, but previously used its “Starhopper” early prototype, which was smaller than the planned production Starship, and much more rudimentary in design. It was basically used to prove out the capabilities of the Raptor engine that SpaceX will use to propel Starship, and only for a short hop test using one of those engines.

Since that flight last year, SpaceX has developed multiple iterations of a full-scale prototype of Starship, but thus far they haven’t gotten back to the point where they’re actively flying any of those. In fact, multiple iterations of the Starship prototype have succumbed during pressure testing — though SN4, the version currently being prepared for a test flight, has passed not only pressure tests, but also static test fires of its lone Raptor engine.

The plan now is to fly this one for a short “hop” flight similar to the one conducted by Starhopper, with a maximum altitude of around 500 feet. Should that prove successful, the next version will be loaded with more Raptor engines, and attempt a high-altitude test launch. SpaceX is quickly building a newer version of Starship in succession even as it proceeds with testing the completed prototypes, in order to hopefully shorten the total time span of its development.

There’s something of a clock that SpaceX is working against: It was one of three companies that received a contract award from NASA to develop and build a human lander for the agency’s Artemis program to return to the Moon. NASA aims to make that return trip happen by 2024, and while the contract doesn’t necessarily require that each provider have a lander ready in that time frame, it’s definitely a goal, if only for bragging rights among the three contract awardees.