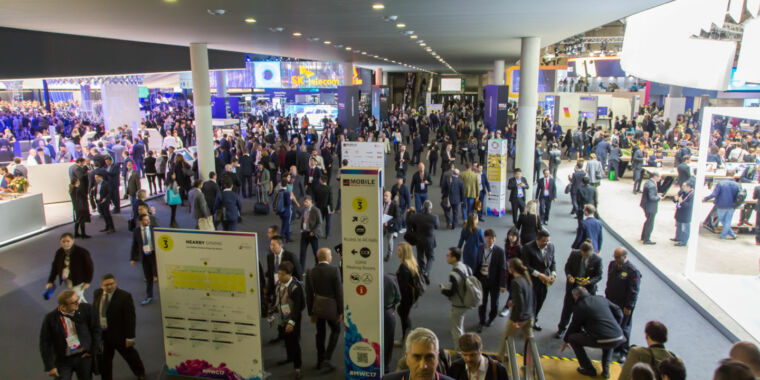 Mobile World Congress 2020 (MWC) is supposed to be the biggest week of the year for mobile technology, but the coronavirus public health scare and related travel restrictions have led to a great deal of uncertainty amidst the usual fanfare.

Several major tech companies including Sony, Amazon, LG, Ericsson, and Nvidia have cancelled plans to appear at the conference, and some, like Samsung, still plan to attend but with a reduced presence. The GSMA was quick to point out, as quoted in the BBC, that the event remains “more than 2,800 exhibitors strong.”

The announcements have trickled in over the past few days. Many of these companies are usually key players at the event, and while many more companies still plan to attend, this year’s show looks like it’s going to be very different than what we saw in 2019 or 2018.

Organized by the GSMA mobile interest group and held annually in Barcelona, MWC has become arguably the most significant event of the year for the mobile and wireless technology industry. Many mobile companies skip the noise of CES to unveil their plans and do business at this more focused event. This year’s event was expected to be a major one: it will open the floodgates for the 5G transition, mobile companies have predicted.

In 2019, 109,000 people from 198 countries and territories attended MWC. Six percent of those attendees were from China, and 16 percent were from the wider Asia-Pacific region, according to the GSMA’s annual report.

Yesterday, the GSMA responded to the back-outs by clarifying the safeguards the organization is taking to protect attendees and exhibitors at MWC. They include a ban on all travelers from China’s Hubei province and a requirement for travelers to show proof they’ve been away from China for the 14 days preceding the event. Additionally, attendees must state that they have not been in contact with any infected persons and subject themselves to temperature screenings. The GSMA will also give “advice” that visitors not shake hands at the event.

Barcelona Mayor Ada Colau recently reassured visitors that the city is ready to handle the event in these circumstances. “I would recommend that we listen to the experts, scientists, and health authorities who tell us that the Mobile (World Congress) can go on with complete normality,” she said. Catalan Health Minister Alba Vergés was quoted in the GSMA’s statement on the subject saying, “the Catalan health system is prepared to detect and treat coronavirus, to give the most appropriate response, and this must be clear to those attending MWC Barcelona.”

The coronavirus outbreak’s effect on the tech industry is not just about conferences; several companies have placed business travel restrictions on their employees, including Apple, Google, Facebook, Microsoft, Airbnb, and more. And both Apple and Amazon told investors on their most recent quarterly earnings calls that they are uncertain how severely the outbreak will impact their supply lines in China. There have been numerous reports of key factories for those companies closing or operating with reduced staff.

The outbreak is also affecting other industries. The Singapore Airshow has seen some back-outs by major exhibitors, including Lockheed Martin. And in one of many examples for the gaming industry, popular video game PlayerUnknown’s Battlegrounds saw the postponing of an esports event planned in Berlin.

As Ars has previously reported, there are now 40,500 confirmed cases of the virus, and there have been 910 deaths. The majority of the cases occurred in China, and only one death has been confirmed outside of China.