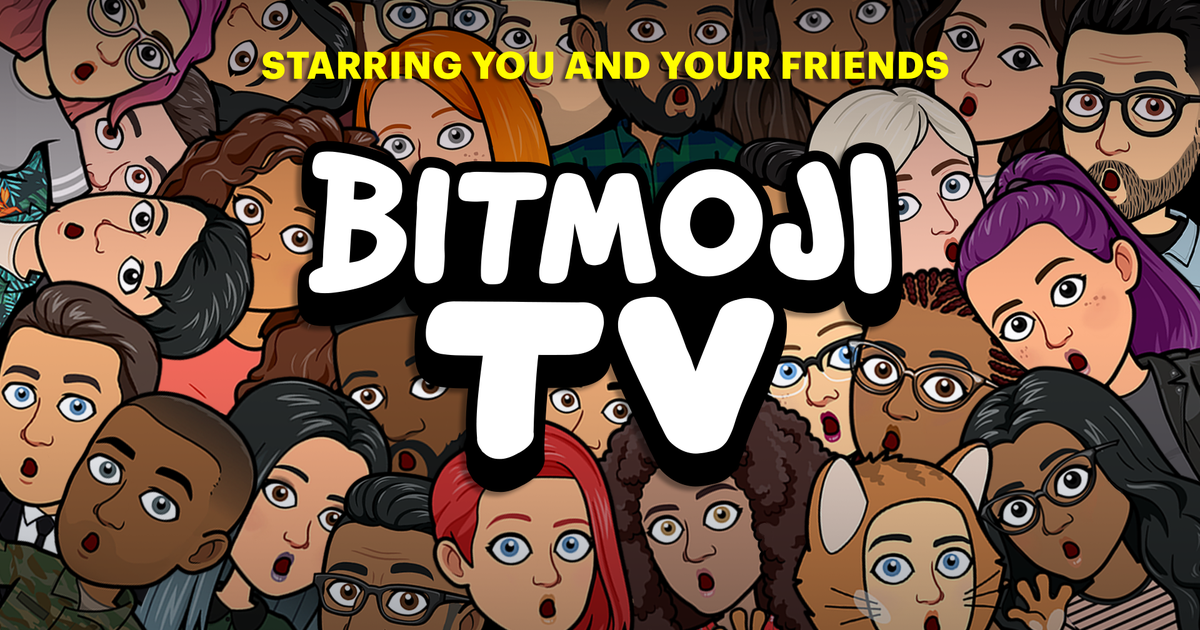 Snapchat’s new “Bitmoji TV” series is ready for its debut and, yes, it’s about as odd as you’d expect.

After weeks of dropping bizarre trailers, the company is launching Bitmoji TV, a new cartoon series located in the app’s Discover section which stars each user’s personal Bitmoji.

I’ve now had a chance to watch the first few episodes of Bitmoji TV and I still don’t know quite how to describe it. If there’s an alternate universe where your Bitmoji “lives” in your Snap Map, then Bitmoji TV is like its Saturday-morning-cartoon-themed playground.

While it’s a “show” in the sense that there will be a full season of weekly episodes — 10 in total — there’s no actual overarching plot. And the only recurring characters are you and your friends’ Bitmoji which appear throughout each “episode.” (The company has also tapped a few celebs, like Randy Jackson and Andy Richter, whose Bitmoji personas will make guest appearances.)

“The concept is: What if you sat down one day to watch TV, and you were kind of like flipping channels, and you discovered that you had been cast in every show, every movie, every commercial,” says Bitmoji cofounder and CEO Ba Blackstock.

So, while every Snapchat user will see the same four-minute episode, each episode will have random appearances from your own avatar, as well as that of the last friend you talked to in the app. The idea is similar to Bitmoji Stories, the in-app comic strip the company introduced last year, which is also personalized to each user’s Bitmoji.

But Bitmoji TV is much wackier than your standard Bitmoji sticker or even the comic strip. It spoofs reality shows, infomercials, soap operas, and other TV tropes in seconds-long chunks at a time over the course of four minutes. It’s weird as hell.

But for Snapchat’s most dedicated younger users, it could be a big hit. The company says more than 130 million users have watched their own Bitmoji Story, and a video series could hook those users even more.

As Snapchat continues to push into original programming that looks more and more like Netflix, Bitmoji TV raises some interesting possibilities for the future. That Snap was able to create an animated show that can seamlessly adjust to each of its 210 million users is not a small feat. And while this tech is, for now, limited to Bitmoji TV, it’s not difficult to imagine that many other publishers or even advertisers would be interested in making hyper-personalized content for Snapchat.

“Thinking in the biggest way, I see this as the beginning of a new category of entertainment; this personalized entertainment which could go in lots of different directions,” Blackstock says. “Maybe not too far off, there’s not just one show like this.”