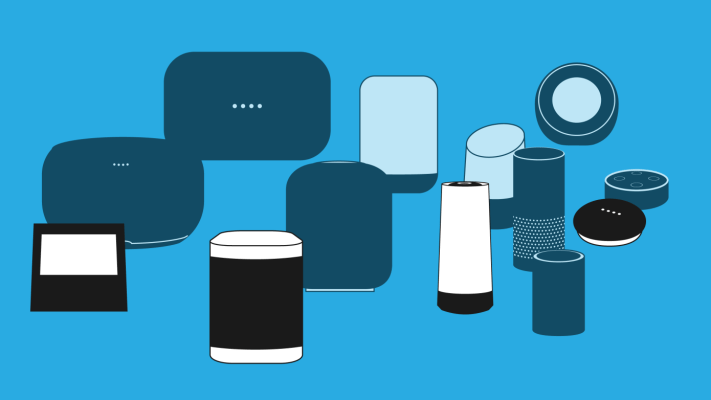 Global smart speaker sales hit a record high last year with shipments of 146.9 million units, up 70% over 2018, according to a recent report on the state of the smart speaker market from Strategy Analytics. Though Amazon still leads in the U.S. by a wide margin, its portion of the worldwide market is now declining as Chinese vendors gain traction.

That said, Amazon and Google in 2019 retained their leadership in both North America and Europe, where they accounted for more than three-quarters of all smart speaker sales.

Meanwhile, Chinese vendors Baidu, Alibaba and Xiaomi all increased their respective shares in 2019. And Apple remained in sixth place with only a 4.7% share.

The figures were somewhat better when looking at Q4 2019 alone, thanks to the holiday shopping season, when vendors slashed prices on entry-level smart speakers to encourage purchases and ran other holiday sales. In the quarter, Amazon led with 15.8 million units shipped, followed by Google with 13.9 million, then Chinese brand Baidu with 5.9 million in third.

Sales of smart speakers in Q4 totaled 55.7 million units, the highest ever to date. This was driven by the strong holiday sales in both the U.S. and Europe in the quarter. In addition, Google’s smart speaker business improved following a combination of new product introductions, improved component supply and strong promotional activity, the analyst firm said.

“Consumer appetite for smart speakers remained undimmed during the all-important Q4 period as newly launched devices with improved feature sets and audio performance helped drive record quarterly shipments,” said David Watkins, director at Strategy Analytics, in a statement. “Consumers across the world were once again enticed by scarcely believable deals from leading brands such as Google, Amazon, Baidu, and Alibaba, while Google, in particular, stepped up its giveaway promotional activity in partnership with brands such as YouTube and Spotify.”

Despite the impacts to supply and demand currently being caused by coronavirus (Covid-19), Strategy Analytics believes 2020 will be another record year for smart speakers.

The full report is available here.