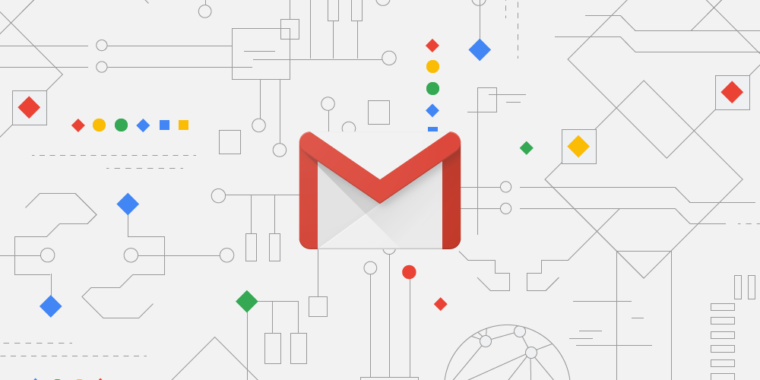 Apple only recently fully integrated its Files file-and-folder-management app with the rest of its own apps and services on iPhones, but Google has already taken that step with its popular Gmail iOS app.

Google announced in a post on its G Suite updates blog today that users will be able to attach files to emails from folders accessible from the Files app. This feature is coming to both the iPhone and iPad versions of the Gmail app, but Google says it could take a while to reach all users.

Additionally, this means that you can add files from Dropbox by this same method, since you can browse files stored in Dropbox through the Files app when the Dropbox app is installed.

This capability comes only a few weeks after Google completely redesigned the Gmail app for both iOS and Android around the company’s “Material Theme” design language. The company also added features and optimizations related to attachments, like the ability to view attachments without actually opening or scrolling through the email itself.

For a while, Apple mostly kept the Files app siloed away from the rest of iOS, and its usefulness was limited mainly to being a repository of files kept in app-specific directories, or for browsing iCloud Drive files added from another machine.

That changed in September with the release of iOS 13. As we explored in our iOS 13 review, this update added the ability to browse external drives on the Files app and to create folders in the app’s root directory. Perhaps most importantly, it added a save-to-Files option across numerous apps like Mail and Safari.

This marked a change in direction for Apple, which long seemed to hold the position that user-facing hierarchical file systems like this were a relic of desktop computing—they were not appropriate for mobile. In general, iOS 13 rolled back a few of these long-held convictions to make iOS more attractive to power users. That’s probably due in part to the launch of iPadOS last year, which branched off from iOS in an endeavor to make iPads more powerful as desktop-replacement devices.