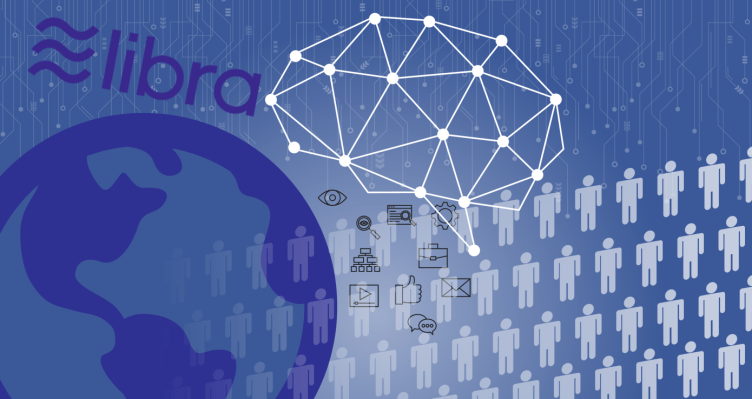 After eBay, Visa, Stripe and other high-profile partners ditched the Facebook -backed cryptocurrency collective, Libra scored a win today with the addition of Shopify. The e-commerce platform will become a member of Libra Association, contributing at least $10 million and operating a node that processes transactions for the Facebook-originated stable coin.

If Libra manages to assuage international regulators’ concerns, which are currently blocking its roll out, Shopify could gain a way to process transactions without paying credit card fees. Libra is designed to move between wallets with zero or nearly-zero fees. That could save money for Shopify and the 1 million merchants running online shops on its platform.

Shopify stressed that helping merchants reduce fees and bringing commerce opportunities to developing nations as reasons it’s joining the Libra Association . “Much of the world’s financial infrastructure was not built to handle the scale and needs of internet commerce,” Shopify writes. Here are the most critical parts of its announcement:

Our mission is to make commerce better for everyone and to do that, we spend a lot of our time thinking about how to make commerce better in parts of the world where money and banking could be far better . . . As a member of the Libra Association, we will work collectively to build a payment network that makes money easier to access and supports merchants and consumers everywhere . . . Our mission has always been to support the entrepreneurial journey of the more than one million merchants on our platform. That means advocating for transparent fees and easy access to capital, and ensuring the security and privacy of our merchants’ customer data. We want to create an infrastructure that empowers more entrepreneurs around the world.

The Libra Association had lost much of its e-commerce expertise when a string of members abandoned the project in October amidst regulatory scrutiny. That included traditional payment processors like Visa and Mastercard, online processors like Stripe and PayPal and marketplaces like eBay. That threw into question whether Libra would have the right partners to make the cryptocurrency accepted in enough places to be useful to people.

As it works to convince regulators Libra is safe, Facebook has been working on its other payment plays, including Facebook Pay and WhatsApp Pay, that rely on traditional bank transfers or credit cards.

Shopify’s CEO Tobi Lutke tweeted that “Shopify spends a lot of time thinking about how to make commerce better in parts of the world where money and banking could be far better. That’s why we decided to become a member of the Libra Association.”

“We are proud to welcome Shopify, Inc. (SHOP) to the Libra Association. As a multinational commerce platform with over one million businesses in approximately 175 countries, Shopify, Inc. brings a wealth of knowledge and expertise to the Libra project,” writes Dante Disparte, the Libra Association’s head of Policy and Communications. “Shopify joins an active group of Libra Association members committed to achieving a safe, transparent, and consumer-friendly implementation of a global payment system that breaks down financial barriers for billions of people.”

Operating an e-commerce store can be difficult or impossible without a traditional bank account that can be tough to attain in some developing countries. Libra could allow these merchants to establish a Libra Wallet where payments are sent instantly, without steep credit card fees, and in theory could be cashed out at local brick-and-mortar establishments or ATMs for local fiat currency.

But for any of that to happen, the Libra Association will have to convince the U.S. government, the EU and more that it won’t help terrorists launder money, hurt people’s privacy or weaken nations’ power in the global financial system. “The French Finance Minister Bruno Le Maire said, “the monetary sovereignty of countries is at stake from a possible privatisation of money . . . we cannot authorise the development of Libra on European soil.”

Libra was initially slated to launch in 2020. We’ll see.