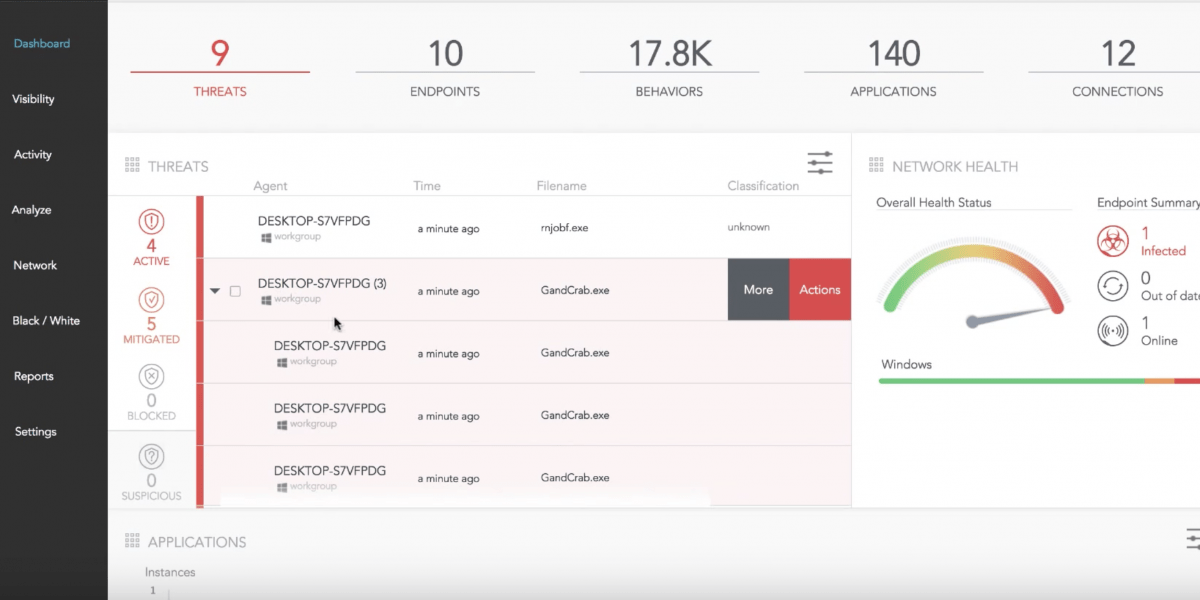 SentinelOne has raised $200 million in a venture capital round that pushes its valuation past $1 billion as investors continue to bet big on artificial intelligence to bolster cybersecurity.

The Mountain View-based startup has developed a platform that automates endpoint security using an AI engine. Its service focuses on detecting threats and responding to them by continually studying and learning from behavior on networks, which the company said allows customers to keep ahead of a constantly changing threat landscape.

“The cybersecurity demands of today’s enterprises have evolved, and we’ve taken endpoint protection far beyond what it once was,” said Tomer Weingarten, CEO and cofounder of SentinelOne, in a statement.

SentinelOne embeds its AI in every endpoint in a company’s network, including phones, laptops, and connected IoT objects. The AI can function at these edges without having to be constantly connected to a central cloud-based service. Rather than having to continually rely on updated lists of malware signatures, the AI looks for unusual behavior based on historic use patterns to detect any possible threats.

As cyberattacks increase and become more sophisticated, companies are hoping that AI can help them automate and strengthen their defenses. SentinelOne’s rapid fundraising success is just the latest sign of the optimism surrounding this strategy.

Insight Partners led the latest round of funding, which included participation from Vista Equity Partners, Tiger Global Management, Qualcomm Ventures, and the Westly Group. The company, which said it’s now valued at $1.1 billion, had previously raised rounds of $120 million in June 2019 and $70 million in January 2017.

Founded in 2013, SentinelOne said it will use the latest funding to support its growth, including hiring for development, marketing, and sales. The company reported that it now has 3,500 customers and that revenue is on a pace to double year over year.

Sign up for Funding Weekly to start your week with VB’s top funding stories.