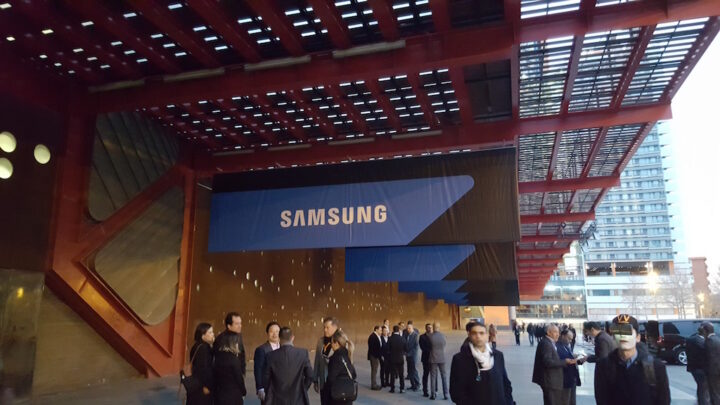 A little over a week ago, Samsung announced the temporary shutdown of its smartphone manufacturing factory in Gumi, South Korea due to a confirmed case of the coronavirus infection. The factory was shut down for two days as the company carried out the disinfection of the entire workplace.

The company today announced that it’s going to shut down the factory once again for two days after another coronavirus case was confirmed. Production will remain suspended at its Gumi plant for two days, from March 1 to March 3.

There have been a total of three cases at Samsung

South Korea has been hit hard by the coronavirus infection. It has the highest number of infection cases outside China, the epicenter of the disease. The country’s biggest companies have rallied behind the Korean government to support its efforts to control the spread of this disease. Samsung announced this week that it will be donating $24.6 million to help the government’s efforts.

Samsung confirmed its latest coronavirus case today. A worker at the wireless business division of its Gumi factory, where premium devices like the Galaxy Z Flip and the Galaxy Fold are made, was infected. The assembly line where the worker was stationed has been closed temporarily and will be fully functional next week while the floor where he worked will remain closed until March 3 after which production will resume.

A confirmed case was also reported at Samsung’s Giheung semiconductor factory but it wasn’t a company employee. The infected employee was of a cafeteria partner. As a precaution, Samsung has shut down the cafeteria temporarily and could extend that for additional time if need be.

Like many South Korean companies, Samsung is having to deal with the fallout from the coronavirus infection. However, the company maintains that it doesn’t expect to have a supply shortage for the Galaxy Z Flip despite the earlier shut down of the Gumi factory.