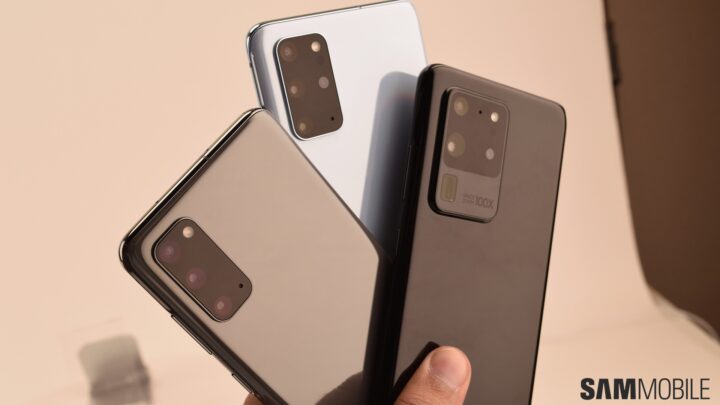 The main selling point of the Galaxy S20 series is its cameras. Samsung managed to cram in a lot of cameras in its latest flagship phones, the Galaxy S20, Galaxy S20+, and the Galaxy S20 Ultra. Moreover, the camera sensors in the phones are some of the largest in the industry. However, some reviewers are complaining of bugs and underwhelming camera quality.

Some of the Galaxy S20 Ultra reviews published over the past few days have mentioned that the cameras on the phone have an inconsistent and slower-than-usual focusing mechanism, both in the photo and the video modes, and excessive processing. The phone uses PDAF (phase-detection autofocus) rather than a faster and more reliable dual-pixel PDAF system that is found in most modern high-end phones, including its previous-generation flagships. The cameras also seem to over smoothen people’s faces and skin.

The Galaxy S20 Ultra reviews published by PCMag and InputMag talk about similar issues with its cameras. The Verge hasn’t published its full review of the phone yet but notes that it has faced issues related to autofocus and skin smoothening as well. In response to the publications, Samsung said that it would improve and optimize the camera performance of the Galaxy S20 series in the future with software updates.

Here’s the complete response from Samsung:

“The Galaxy S20 features a groundbreaking, advanced camera system. We are constantly working to optimize performance to deliver the best experience for consumers. As part of this ongoing effort, we are working on a future update to improve the camera experience.”

The Galaxy S20 Ultra has the mightiest camera setup on any smartphone in the world, featuring a monster 108MP (1/1.33-inch) primary camera, a 48MP camera with a 10x hybrid optical zoom periscope lens, a 12MP ultrawide-angle camera, and a 3D ToF camera on the rear. The phone can also record 8K videos, albeit at a frame rate of 24fps. The South Korean smartphone giant has already released a software update in South Korea that improves the camera performance of the Galaxy S20 Ultra.

We are working on our own review of the Galaxy S20 Ultra and will soon share our findings regarding the phone’s camera performance with you. What are your expectations from the Galaxy S20’s cameras? Let us know in the comments section below.