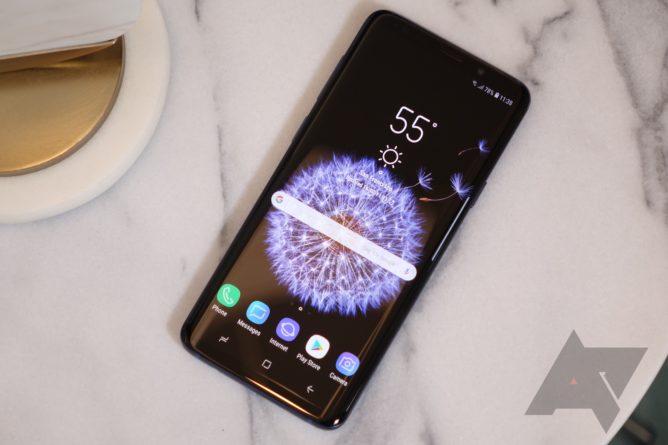 Despite updates to Samsung’s roadmap indicating that Android 10 for the Galaxy S9 and S9+ might be further out than expected, the company has just started pushing the latest Android build to first phones from 2018’s lineup. In contrast to the Galaxy S10’s extremely slow rollout, the update is already live in the US and a few countries in Europe.

So far, Reddit users say they’ve received the update in Germany, Lithuania, Spain, and the US (on Xfinity), but since reports are only starting to trickle in, we might soon see Android 10 in many more locations and across more carriers.

The update has the January security patch in tow and comes in at about 1.8GB to 2GB, depending on your device variant. It gives Galaxy S9 owners all the goodies from Android 10, including gesture navigation, dark mode, improved sharing, and much more. Samsung adds some of its own features on top, like a native screen recorder, quick settings changes, and general improvements to animations and system stability.

The company wants to deploy the new software until at least April, so depending on your phone’s variant, you might be in for a longer wait. Head to the Software update entry in your phone’s settings to check for the over-the-air update. If you’re particularly impatient, you can also download and flash the update yourself from SamMobile’s firmware archive, but you’ll lose all your data in the process and might possibly end up with a brick for a phone — proceed with caution and only if you absolutely know what you’re doing.

We can currently confirm the rollout for the following carriers and countries (continuously updated):

US Cellular and more countries

Samsung continues rolling out Android 10 and first people in India, Italy, the Netherlands, Romania, Switzerland and the UK report that they’ve received the update. In the United States, US Cellular also provides first subscribers with the update.

People in Azerbaijan and the United Arabic Emirates have received the January patch sans Android 10, which could possibly mean that they’ll have to wait a little longer for the new OS.

Unlocked US phones and more countries

A tipster confirmed to us that the update is arriving on first unlocked US phones. People based in Brazil, Canada (Rogers), and Russia can also look forward to Android 10 as the rollout has begun in these countries, too.

AT&T has officially revealed that it’s rolling out Android 10 to its locked Galaxy S9 and S9+ phones, and we’ve received word from first customers who confirm the update. Further reports say that people in Australia, Bulgaria, Croatia, Latvia, Poland, Serbia, and South Africa are currently getting the new OS release, too.