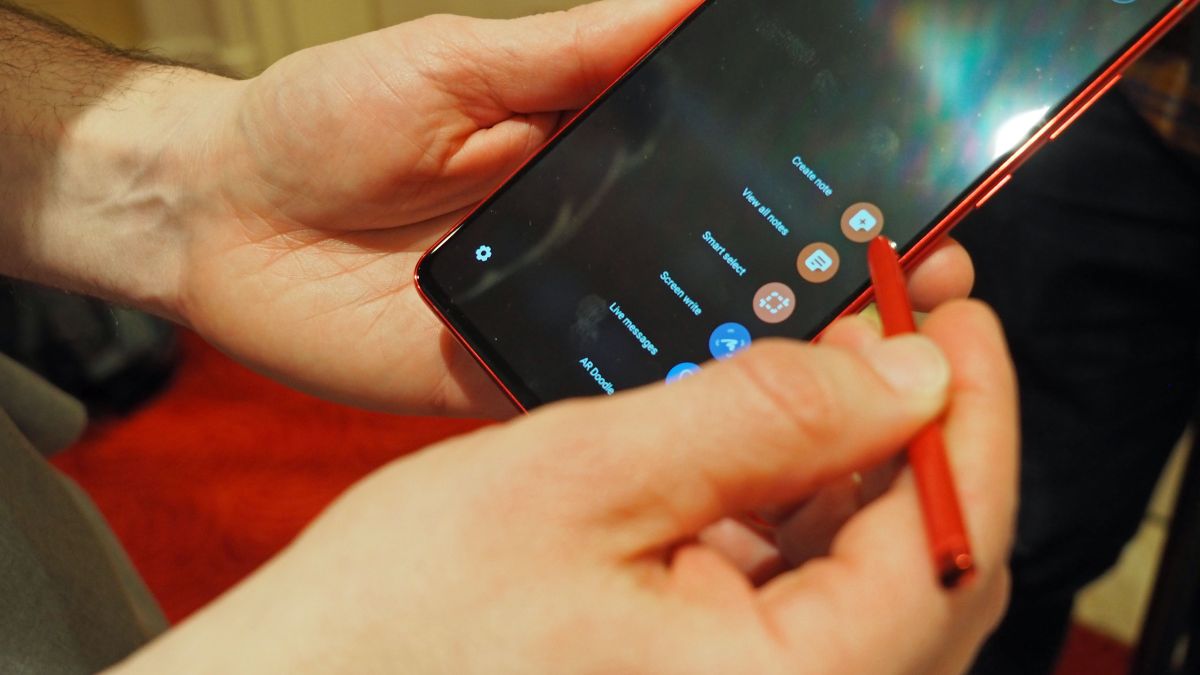 The Samsung Galaxy S20 series and the Samsung Galaxy Z Flip have only just been unveiled to the world at an enormous global event in San Francisco. With such high-profile releases having just gone, you’d have thought we won’t be hearing much about the Samsung Galaxy Note 20 series for a while yet. In fact, until recently, it was previously rumoured as arriving at the end of the year, which sounds like a sensible timeframe.

However, it seems Samsung doesn’t do sensible timeframes. The Note 20 smartphone is now rumored to be eyeing a July release date for the handset, according to noted Samsung leaker Max Weinbach.

The 18-year-old wunderkind also believes the Samsung Galaxy Fold 2, or whatever name Samsung’s latest foldable ends up taking, will be launched around the same time. Weinbach believes the Fold 2 will be released under the name “Z Fold 2” although he admits this is subject to change. Check out the leaks below:

Samsung Galaxy Z Fold 2: codename Champ. Will likely use Ultra Thin Glass. Could be the first phone with under display camera. 7.7″ Infinity Flex Display. Likely launching around July. Should be around the same time as the Note20.February 17, 2020

As you can see, Weinbach drops the juicy detail that Samsung is eyeing up a July release date for its next handsets. The enormous “phablet” smartphones with the accompanying S Pen stylus have proven a huge hit, with top-end models already capable of immense processing power and harnessing 5G networks.

However, among the flurry of leaks dropped by Weinbach about the Fold 2, he drops another hint that’s very pertinent to the Samsung Note 20.

Although Weinbach mentions the Fold 2’s Infinity V display, the screen size and more, he also drops an intriguing detail regarding an upgraded S Pen, which is sure to arrive with the Samsung Galaxy Note 20 series too. The stylus, which slots neatly into the Note series for easy storage, is one of the smartphone’s big draws (sorry for the pun), allowing users to work across the phone’s massive screen more easily.

It positions the Samsung Galaxy Note 20 (and, we suppose, the Galaxy Fold 2 now) as a direct rival to tablets like Apple’s iPad Pro, which uses its own Apple pencil with intuitive tapping controls to create a similar user experience. Perhaps not from a power perspective, but it might certainly cut into its user base.

At the moment, Apple has preferred to keep its tablets and phones as very separate entities, but with the Note series and the incoming Fold 2, Samsung have been comfortable to blur the lines.

An inductive stylus that works with the Note on both hardware and software level, the existing S Pen already translates handwriting into easily legible text, resize objects more accurately, sketch pictures and much, much more. We can’t wait to see what a new improved model will for the next generation of Notes.