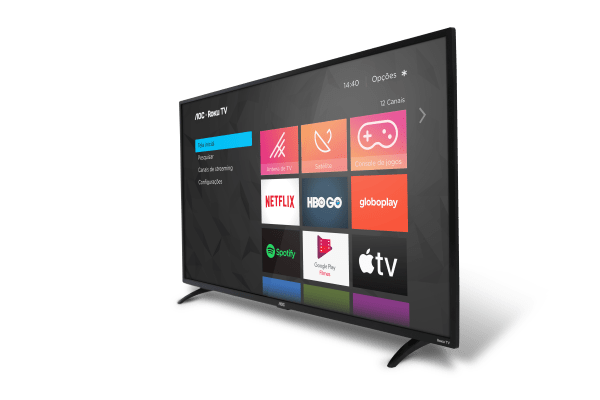 Roku announced this morning it’s expanding into Brazil, a sizable market that could have a notable impact on the streaming device maker’s advertising business. The company last summer was said to be considering a Brazil expansion, at a time when more than 90% of its advertising business’s revenue came from the U.S. Since then, Roku expanded its TV licensing program to Europe, and at this year’s Consumer Electronics Show it revealed plans to add new international Roku TV partners, including its first in the U.K., bringing its total global brand partners to 15.

Like other Roku TVs, the TV will also offer Roku’s personalized home screen, built-in search, a Roku remote with dedicated channel shortcut buttons, automatic software updates and support for the Roku mobile app. The Roku Channel Store in Brazil will allow customers to choose from more than 5,000 streaming channels for watching movies and TV.

One of the first market-specific channels will be local streaming service Globoplay, which will offer users live TV as well as on-demand movies and TV shows. It also will grab one of the coveted shortcut buttons on the Roku remote control.

“The partnership with Roku has a strategic importance for the development of the streaming market in Brazil. Globoplay content will allow Roku to have an excellent position in our market in the long run,” said Fernando Ramos, executive director of G2C Globo, in a statement. “Given the importance of the Roku platform in other countries, we believe Roku has a great opportunity in our country.”

“I’m delighted to bring Roku to Brazil, one of the largest streaming markets in the world,” said Anthony Wood, founder and CEO of Roku, in a statement. “With the arrival of Roku, consumers in Brazil will now be able to enjoy their favorite TV programs and movies on the easy to use Roku platform. We want to bring streaming to everyone in Brazil.”

The expansion should have an impact in terms of Roku’s revenue — the majority of which today comes from its advertising business, not its device sales. In Q3 2019, Roku platform revenue, led by advertising, reached $179.3 million versus $81.6 million for device revenue. However, most of Roku’s focus to date has been on the North American market, where it’s now the No. 1 licensed TV operating system and No. 1 media platform in the U.S. by hours streamed.

Roku’s rival, Amazon Fire TV, meanwhile, has focused more on international markets. In addition to the U.S., Fire TV and Fire TV Stick have been available in Canada, the U.K., France, Germany, Ireland, Austria and India, among others, and Amazon plans to launch more Fire TV Edition smart TVs in these markets and more (including Italy, Spain and Mexico) in 2020. It offers a budget device, the Basic Edition Fire TV Stick, for over 100 markets, including Brazil.

The two are often very close in active user numbers, with Amazon Fire TV having just announced more than 40 million active users — more than the 32.3 million Roku reported in Q3. (It will report Q4 results in February, where those numbers may be updated.)

The new AOC Roku TVs will be available starting January 22 in Casas Bahia, Ponto Frio and Extra, and in other stores as of early February.