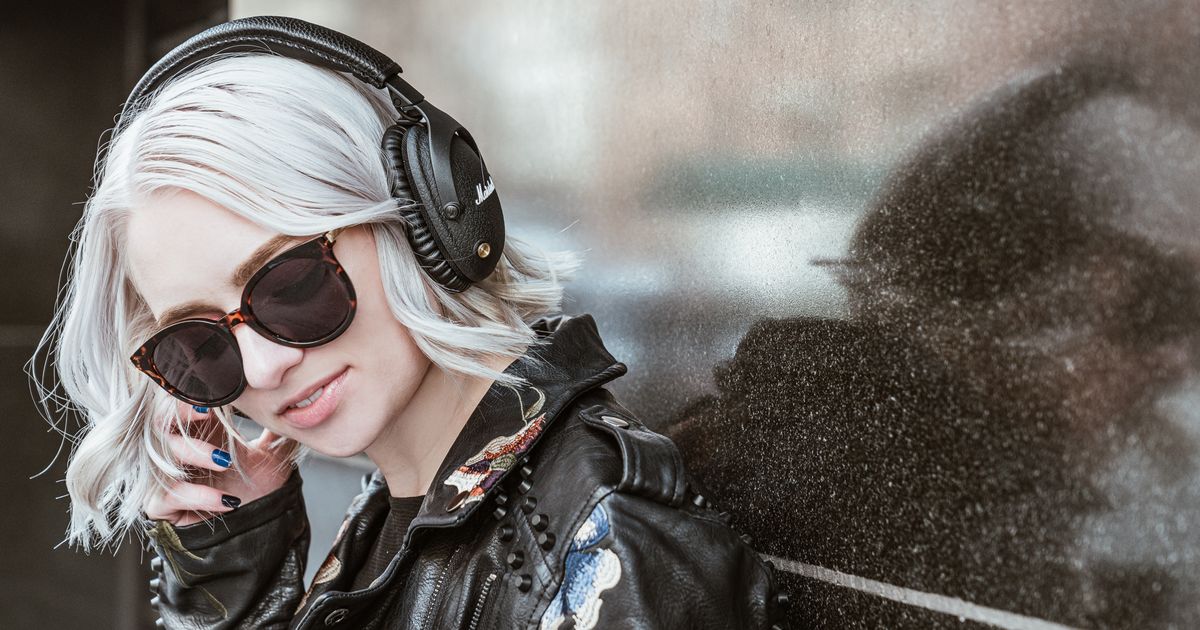 If aesthetics are as important to you as audio quality, the Marshall Monitor II ANC headphones have your back.

Marshall’s been peddling popular audio equipment since 1964, including its most iconic product: guitar amps. The Monitor II marks its latest foray into the headphones with active noise cancellation, features audiophiles will love, and seriously attractive looks.

We realize $320 isn’t walking around money for most people, but after using the Monitor II headphones for about two weeks, it’s hard to find something that’s easier to recommend in this price range. If you like what you see, they can be yours starting on March 17.

It probably wouldn’t shock you to find out Marshall’s new Monitor headphones sound great. Marshall has been one of the bigger names in audio equipment for decades, so it would be downright weird if its new premium headphones sounded like garbage.

One of the best and most on-brand features in the Monitor II is an equalizer that you can access via the Marshall smartphone app (more on that later). You can adjust sliders for five frequencies, and if you’re like me and barely know anything about how the sausage is made, there are helpful preset values for different genres of music. “Hip hop” emphasizes bass on the low end, “Pop” jacks up values in the middle, and so on.

The end results are noticeably different in a way that I really enjoyed. OutKast’s seminal album “Aquemini” sounds incredible with the bass turned up, for instance. Audiophiles will probably appreciate the amount of customization here, but anything less would’ve been disappointing from Marshall.

Gorgeous sound pairs well with active noise cancellation. That can also be manually adjusted in the mobile app, but a button on the left ear gives you some meatspace control over it. A quick press pauses whatever you’re listening to and brings in ambient noise, while a long hold will turn off noise cancellation while keeping your tunes going.

The noise cancellation works perfectly fine. It’s not remarkably better or noticeably worse than flagship headphones from Bose and Bang & Olufsen, but it helps a ton if you have a hard time focusing in a chaotic office environment.

There are only two other buttons on the Monitor II headphones, but Marshall milked a lot of important functions out of them. A button emblazoned with the company’s “M” logo can be customized to do a few different things in the mobile app. I have it set to cycle between three equalizer presets, but it can also activate Siri or Google Assistant, the latter of which is newly supported.

Aside from that, there’s a control knob that works as a power button, and can be moved in four directions to skip tracks or adjust volume. There are notably no touch panels anywhere on these headphones. I personally love this, as a clumsy person who is prone to accidentally skipping to the next track whenever I adjust my touch-compatible headphones. Note to headphone manufacturers: Ditch the BS and follow Marshall’s lead here.

The second most important thing a pair of headphones can do (after sounding decent) is not make their wearer look like a moron. Marshall knocked it out of the park, with black plastic with a leather finish on the exterior and soft foam cushioning in the ear cups. They’re comfortable to wear for hours at a time, and joints on the metal hinges allow you to fold them up for compact travel.

Seriously, you can reduce their physical footprint by half. I loved the Bose NC700s last year as much as I’ve loved any pair of headphones, but they couldn’t do that. Throw in up to 30 hours of noise-cancelled listening on a full charge, and you’ve got a pair of headphones that sound terrific and feel comfortable for hours at a time.

Oh yeah, and if you don’t want to rely on Bluetooth (which can be terrible in crowded spaces), the headphones come with a 3.5mm audio cable. That’s good news for headphone jack holdouts.

The bad: Lack of some modern amenities, too reliant on an app

Marshall’s headphones do have built-in microphones for phone calls and virtual assistants, but noise-cancelling for those features aren’t quite as advanced as on the Bose 700s.

Again, Marshall eschewed touch controls for physical buttons. Some people won’t be as on board with that decision as I am. You can either look at the Monitor II’s feature set as barebones, or deliberately lightweight. Either way, it has fewer features than some other top-of-the-line headphones.

My only other criticism is that managing the headphone settings in the mobile app is kind of a drag. The pre-release build of the app I used during the review period was pretty thin. You can designate the “M” button as either an equalizer switcher or voice assistant button, but those are the only options. Aside from that, you can adjust noise cancelling levels, adjust the equalizer, set a sleep timer, and rename the headphones.

It’s so limited in scope that it almost feels like a waste of space. But there is no other ways to tweak those settings. At the very least, physical control over noise cancelling levels, aside from the binary on/off button, would have been nice. I can’t call this a dealbreaker, but it’s a slightly inefficient way of doing things.

Those are small things, though. These are highly recommendable headphones with attractive physical features, refreshing simplicity, and enough listening options to please casual users and audiophiles alike. They’re not cheap at $320, but they represent a heck of a value relative to other premium headphones.

If you value comfort and sound quality above all else, these should be on your list.