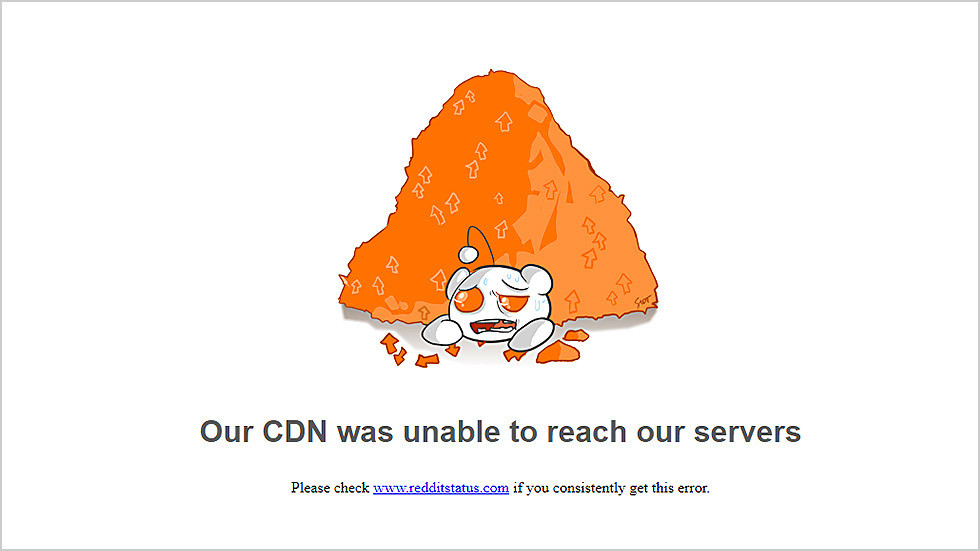 Almost 10,000 reports have been made on crowdsourcing website monitor DownDetector.com with a roughly 50/50 split of reports indicating outages on the app and website.

The majority of the reports about the social media platform meets meme workshop have come from the Eastern seaboard of the US and Western Europe.

Visitors to the site were met with a message reading: “Our CDN was unable to reach our servers”. Reddit confirmed they are aware of the issue and are investigating the cause.

People appeared to be suffering severe meme withdrawal in the short time since the outage began. “Life is weird without functioning Reddit, so empty I’m dying. I need them MEMES!” one fan joked on Twitter.

After over an hour of problems Reddit said that it had identified the issue and a fix is being implemented. It later added that the issue has been resolved.