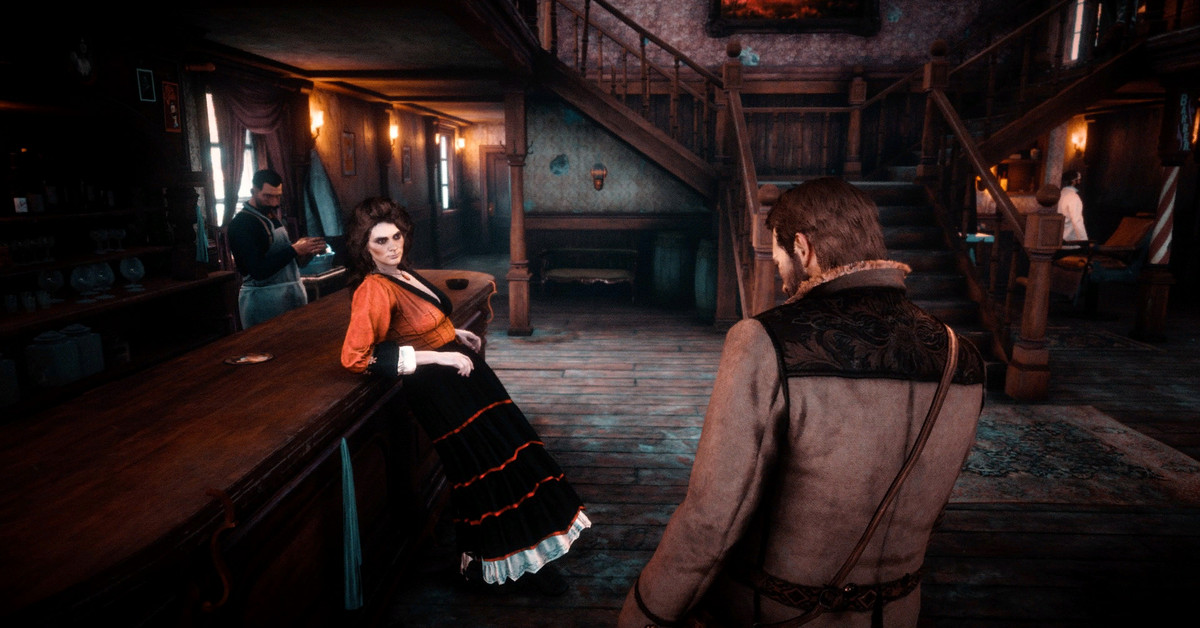 Someone made a “Hot Coffee” mod for Red Dead Redemption 2, and the creator says Rockstar Games almost instantly sent them a demand to cease and desist with the callback to Grand Theft Auto: San Andreas’ AO-rated scandal from 15 years ago.

“Hot Coffee” is, for now, still available on Nexus Mods, and while I’m obligated to flag that page and its highlights video NSFW, be aware that everyone is gettin’ it on fully clothed, like this is Cinemax circa 1988 or something. But the dry-humping is rather deliberate about what’s taking place, and Arthur Morgan and his consort do a fair amount of grunting and groaning in flagrante delicto.

This was still enough to get Rockstar’s legal team on the case. YouTube’s Swegta called attention to the mod and the dustup in a video on Monday, and spoke to one of the modders, Unlosing. The modder responded to the takedown demand by asking what policies they had violated, as the mod doesn’t use any external assets, and every animation and sound clip comes from content still in the game.

“Frankly, it is the sexual content of the Hot Coffee mod that is causing particular concern here,” said the response, according to Unlosing (at 6:32 of Swegta’s video), “and the main reason why the mod needs to be taken down and disabled immediately.” Hey, at least they were straight up about it.

PCGamesN also followed up with Unlosing, who said he has no plans to take down the mod any time soon. Unlosing pointed out that the mod has no nudity, uses assets still in the game, their sounds are actually a standard response to injury, and the mod is only available for the game’s single-player mode. “To answer your question: no, I don’t think it’s fair,” Unlosing said.

Still, poking fun at Hot Coffee is probably the bridge too far. Although most who remember it laugh today, it was a no-joke crisis for Rockstar Games back in 2005. That was no mod, either; developers left in code for a kind of sex-act minigame between C.J. and his various dates (who invite him in for the titular coffee). Someone discovered it, surfaced it, and the fact it was still part of the game meant the ESRB re-rated the title to the kiss-of-death Adults Only.

Retailers had to remove the game from sale and re-sticker it with the new rating, or return their stock to Take-two Interactive. Rockstar announced a product recall, patched the old game to keep Hot Coffee from playing, and then published a new edition of the game with the offending code stripped out. The Federal Trade Commission still brought a suit against Rockstar, which was settled a year later. In a wide-ranging interview with the Guardian in 2012, all that Rockstar Games co-founder Dan Houser would say about the matter is that it was “draining and upsetting — a tough time in the company.”

Anyway, it’s still available for now. It allows Arthur to hire an escort at any of three locations, the Valentine Saloon, the Saint Denis Saloon, and the Strawberry Hotel.