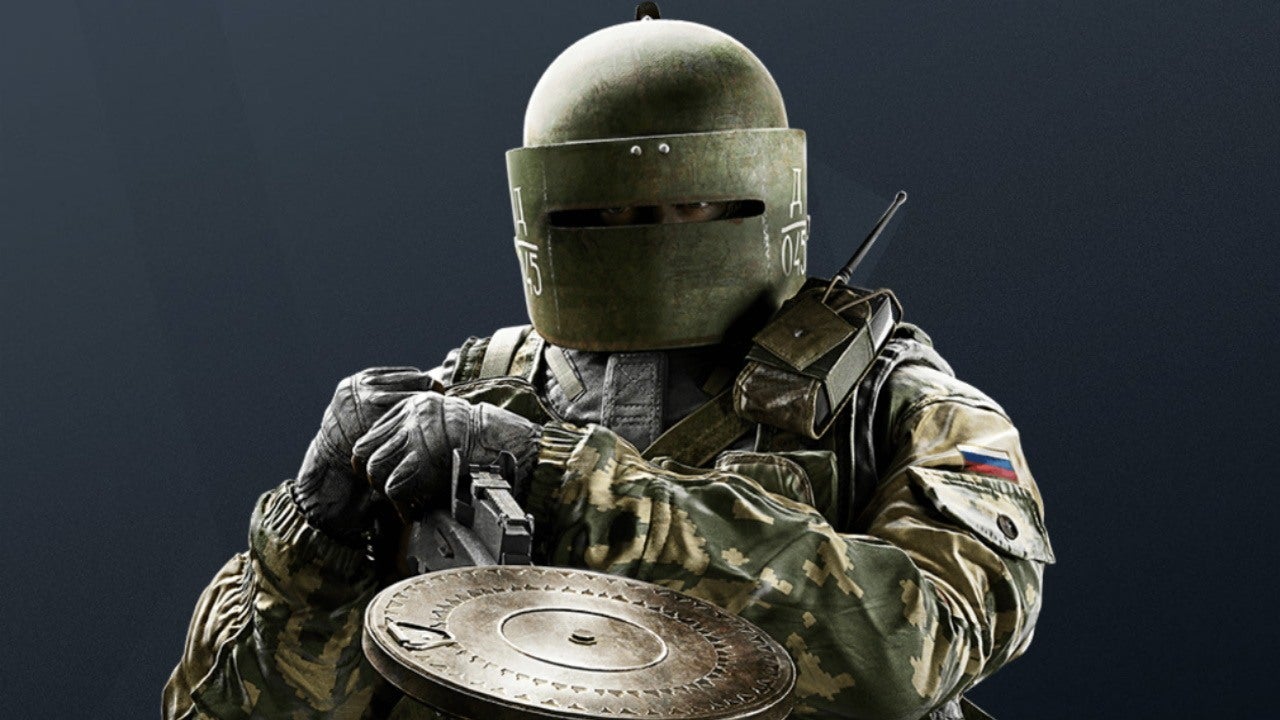 beloved-but-terrible Operator, will be reworked and overhauled this year. The new design completely removes his turret, although he’ll remain a destructive defense operator.Announced at the Six Invitation as part of the roadmap for Years 5 and 6, Ubisoft explained that Tachanka is finally going to be redesigned. The new ‘Chanka will still have his DP28 LMG, but rather than used in a turret form it will instead be carried as a primary weapon. His gadget is a new Kulakov incendiary grenade launcher that can be used for area denial.

“His main problem was having that turret tying him down to one location,” explains Alex Karpazis, Art Director for Rainbow Six Siege. Originally, Tachanka’s gadget was a deployable MG turret that forced him to stay still. “The biggest thing was lifting that LMG off the turret and have him be more mobile.”

The LMG can be used to cause some incredible damage to a map’s soft walls. A demonstration video shows the gun being shot to create a circle in some drywall in order to cut a large opening. “There’s some crazy destruction you can do, but never on the level of Tachanka,” Karpazis says. “The design team thought it worked super well with the legend of his weapon. And it ties in well with his kit. He can roam, and he can make holes to shoot his incendiary grenades through.”

While the LMG is clearly an iconic part of Tachanka’s kit, it won’t be his only option. “We’re not getting rid of the other main weapons,” says Jean-Baptiste Hallé, lead game designer for Rainbow Six Siege. “The current plan is to still have the SMG with an ACOG scope, but you have to be mobile in this game which is why we removed the turret.”The LMG is a remix of the old, but the Kulakov Incendiary Grenade launcher is something brand new, not just to Tachanka but to Siege as a whole. “So the incendiary grenade launcher is something we thought fit really well with his subtle character,” Karpazis jokes. “It’s something that means he can take more control of a map, he can lay down fire and take control of the flow of where attackers can approach from.”

“It’s a sort of alternative to Smoke,” says Hallé, comparing the area denial fire bombs to the British Operator’s toxic gas. “It’s not that easy to play with because the patch of fire it leaves is really small, but the fun of it is you can spam a lot of them. You can block a hallway with them and you can bounce them off walls, so there’s a lot of skill with how you play with his grenades.”

Perhaps most exciting of all, though, is the potential of finally seeing what is underneath that bucket-like helmet. “With the new rework of him we decided to make a face behind his helmet,” Karpazis says. Whether that’s viewable with cosmetics, or if there will be a helmetless Elite skin, we’ll just have to wait to find out.

The team has been playing around with this version of Tachanka for a while, and have found some fun combos to make with him. “When you have a Goyo and you mix that with a Tachanka, there’s fire everywhere,” Karpazis says with a smile. “And that makes it pretty safe when triggering Goyo’s shields. Tachanka and Goyo are a match made in heaven.”

He’s a formidable opponent for attackers, then. “In terms of countering, you have to be careful with your positioning because he can kill so much time now,” Karpazis explains. “So maybe it’s best to avoid him rather than go on a head-to-head confrontation.”This rework has been a long time coming, but it simply took this long for the team to be able to see the character with fresh eyes. “In the past we said we wouldn’t touch him because we couldn’t find the right way to do it,” Hallé explains. “But we’ve gone back to the drawing board because now is the time to revisit existing content. Our eyes were fresh on him and we’ve nailed what made his identity. The whole thing started to make sense when we took the LMG out of his turret and made it his primary.”

Tachanka may be the first major rework in some time, but he won’t be the last. “We have other operators on our watch list,” Hallé says. “If you regularly look at our graphs when we release our notes, if you look at the operators who have the lowest pick rate and highest frustrations, you’ll have a pretty good idea of who may be on our watch list.”

A quick look at recent frustration graphs reveal that Jackal, Blitz, Clash, and Echo all score pretty high, and so based on that evidence there’s a good chance that some of these Operators may undergo some form of redesign over the course of the next couple of years.

For more on Rainbow Six Siege, check out what Operators and map is coming in the first season of Year 5 – Operation Void Edge – or take a deeper look at the full story of the game’s development in our documentary: Saving Siege.

Matt Purslow is IGN’s UK News and Entertainment Writer, and soon to be Tachanka convert. You can follow him on Twitter.