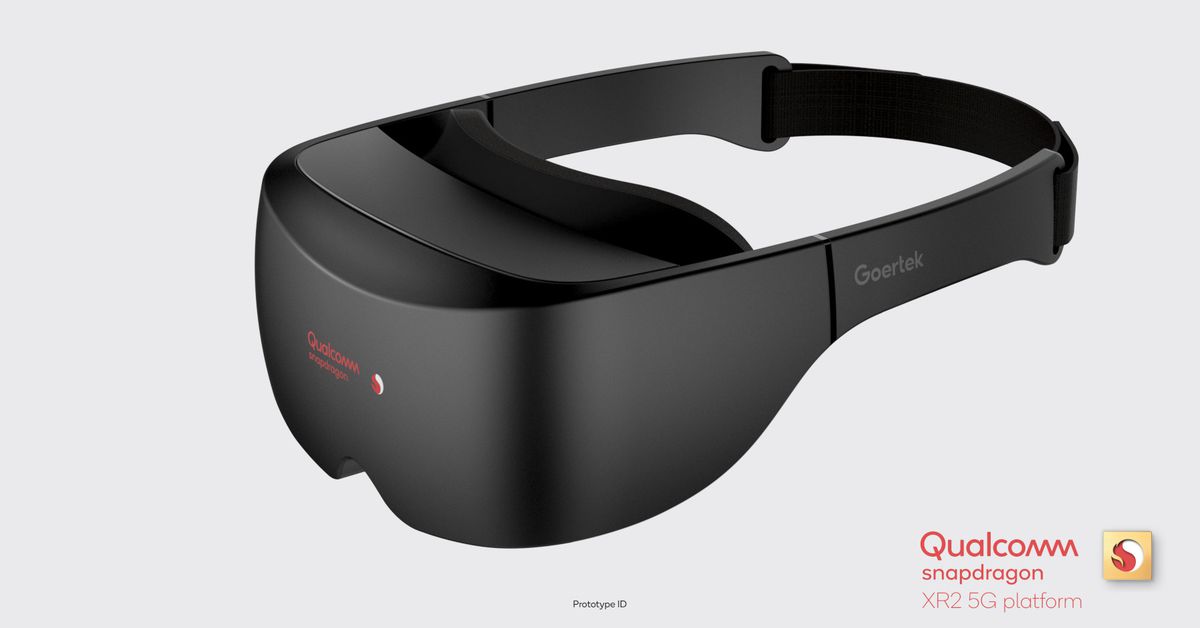 Qualcomm has revealed a reference design for its new virtual and augmented reality platform. The headset offers a rough guide for building with the Snapdragon XR2 — a 5G-enabled chipset designed for VR/AR hardware.

The design is a prototype from electronics company Goertek, which has worked with Qualcomm before. It looks a lot like Qualcomm’s earlier XR1 reference design, as the company’s VR/AR (or collectively, “XR”) head Hugo Swart admitted to reporters. But it can show off the XR2’s new capabilities, including support for 5G networks and up to seven cameras — although it still uses 2K display panels for each eye instead of the maximum 3K resolution for XR2.

Qualcomm’s VR and AR chipset lineup has become a little complicated. It’s going to keep selling the XR1, which it announced in 2018. And some headsets, like the Microsoft HoloLens 2, don’t need a specialized platform — they use normal Snapdragon chips. But Swart says the XR2 includes features “you actually need for a premium quality XR experience,” like the support for cameras that track eyes, lips, and external space. He’s “confident” we’ll see commercial XR2-based devices in 2020, although the coronavirus outbreak may delay some products.

Virtual and augmented reality is often used to sell 5G, since super-fast internet could let headsets offload some computing power, making them thinner and lighter. Qualcomm specifically promotes VR and AR for business. Last week, Qualcomm partner Nreal and software company Spatial announced that they’ll offer collaborative AR workspaces over 5G. Nreal is supposed to ship a pair of $499 augmented reality glasses this year, and Pokémon Go maker Niantic is supposed to be working with Qualcomm on a headset. AR glasses haven’t really taken off, though — so Qualcomm is trying to jump-start it with this design.