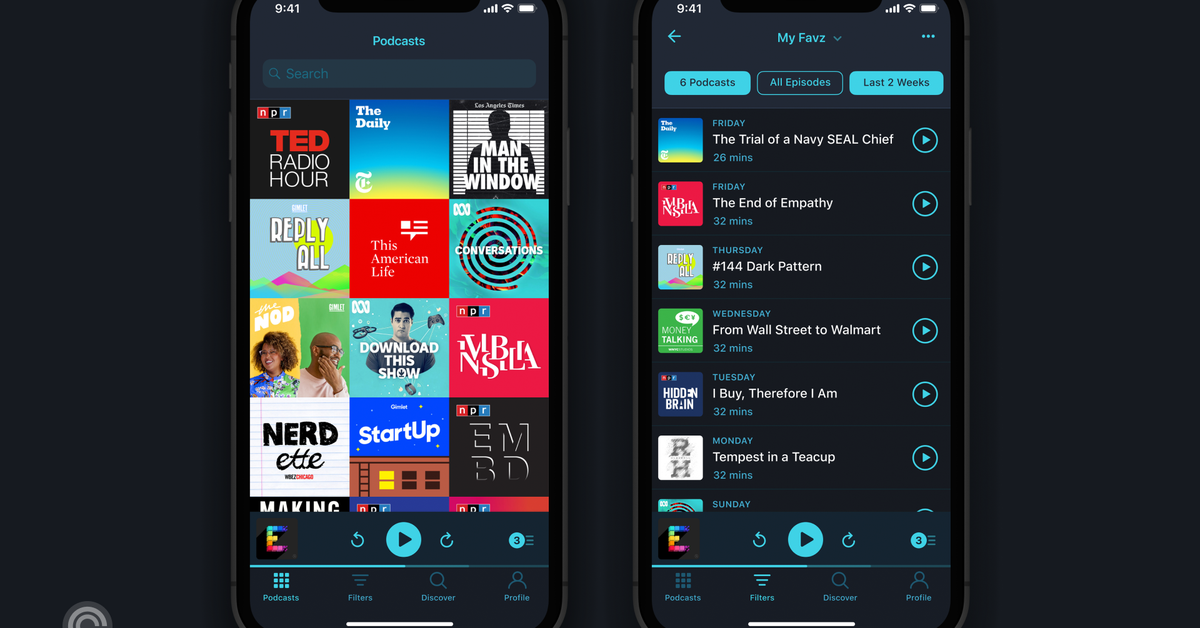 BBC Studios and Pocket Casts are announcing today that the British company is investing in the American podcast player. The decision comes at a time when multiple podcast apps, most notably Spotify, are committing themselves to a strategy of exclusive shows designed to build loyalty to their platform. Pocket Casts is instead committed to podcasting’s open ecosystem of freely available RSS feeds, CEO Owen Grover says.

“[The BBC is] incredibly aligned with the model that we’re pursuing,” Grover says.” “We’re focused around open ecosystem. We’re thinking about the necessity of a sustainable future for the medium. We stand for open access rather than walled gardens.”

The BBC’s investment will go toward operational costs and growing the platform. Pocket Casts monetizes its platform with a premium subscription that gives listeners access to a desktop app, as well as other in-app features. Grover says the team is also experimenting with “paid placement,” or giving shows a more prominent spot in the app for a certain price.

“Obviously our goal is both to continue to grow the audience, leveraging the reach of our partners, and to drive sustainability for our platform long-term through our monetization efforts,” he says. “Obviously, those are not intrusive. They are all, we think, reasonable, and we think fit with our brand image or brand approach.”

He says the investment allows the team to keep building and also gives Pocket Casts the ability to market — public media hosts shout out the app and encourage listeners to try it. This strategy has helped them grow, looking at listener surveys and promotion code usage, Grover says.

With major, reputable programs putting their weight behind Pocket Casts, it’ll be interesting to see whether this strategy works to bring listeners to the platform. Pocket Casts is looking to sell people on the dream of keeping podcasting open and free, as well as banking on the star power and loyalty public media hosts command. Spotify, Luminary, and others, however, think celebrity and big-name shows are the way to grow a platform, along with serious marketing. Can Ira Glass or Amy Schumer better sell a podcasting app? We’ll learn soon.