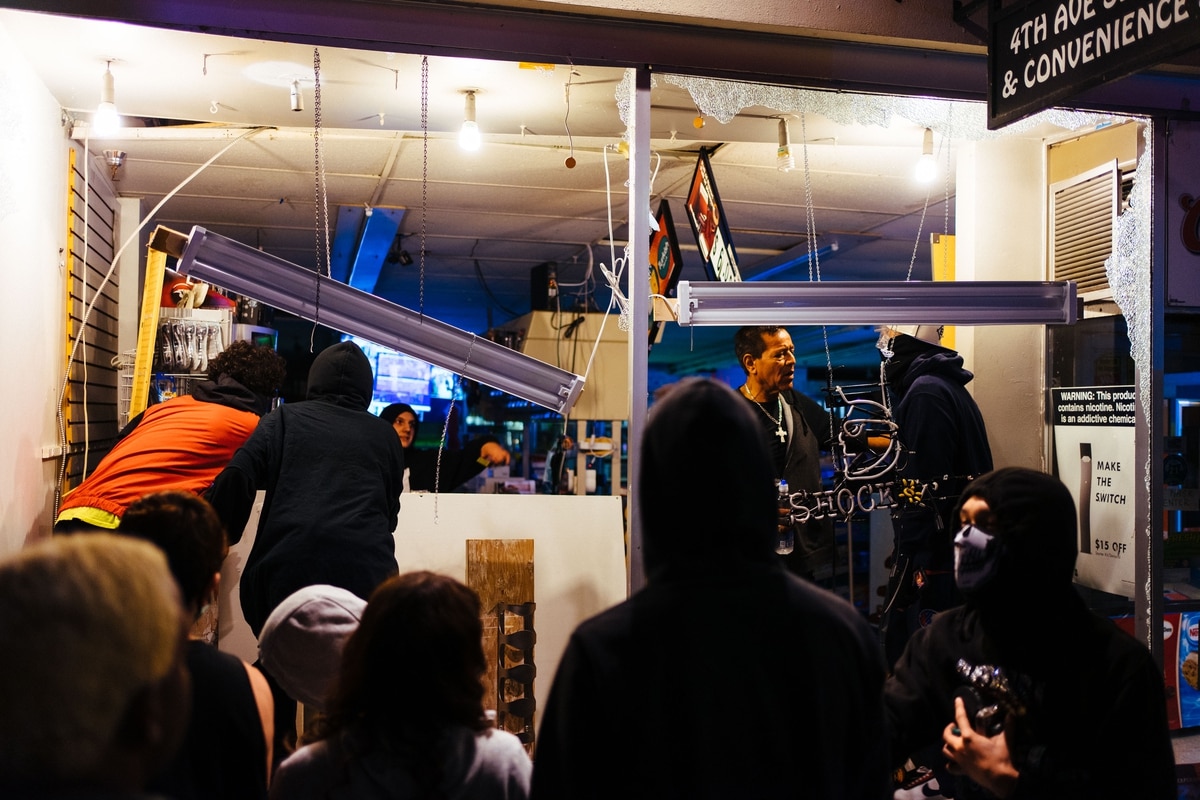 Portland police used flash-bang grenades and tear gas to scatter the crowd. What followed for the next five hours was a wave of property destruction and looting unrivaled in Portland since 2016 protests of President Donald Trump’s election.

The damage was confined to a relatively small geographic swath of the city: about 10 square blocks of downtown, between the Willamette River and Interstate 405.

But the damage was intense: Rioters smashed the windows of dozens of stores. They raided the shelves of a CVS Pharmacy and a locally owned cigarette shop. They snatched products from the Apple Store and sprinted up the escalators at the City Target. Some people set bonfires—including outside a pharmacy.

The looters were masked, but they appeared young and predominantly white. That was a contrast to a peaceful vigil Friday night in North Portland, where many of the protesters were black.

Yet reports on the ground noted that iconic local businesses like Powell’s City of Books were left untouched.