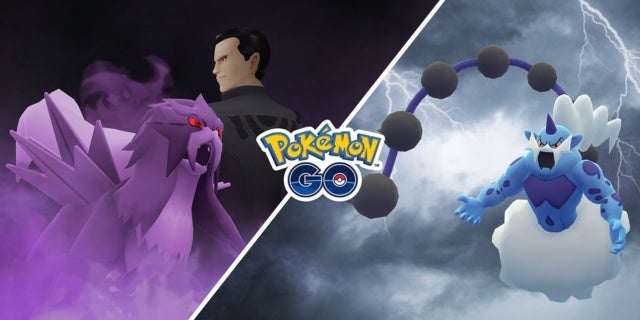 Pokemon Go has announced a ton of new events that will take place in March. Last night, Pokemon Go pulled the curtain back on their March plans, revealing special events for every weekend next month, along with new special research and a new global Team Rocket takeover event. The events are highlighted by new Legendary Raid events that will bring back Legendary Pokemon with new moves and Shiny variants. The Psychic Spectacular event will also be making a comeback, bringing with it increased spawns of Psychic-type Pokemon, including Gothita, which is new to Pokemon Go. Finally, a “mysterious” event will be coming to the game on the weekend of March 20th, which could lead to the addition of Genesect to the game.

The new events are as follows:

Giovanni has Shadow Entei: Starting on March 1st, Giovanni will start using Shadow Entei when confronted by players. Players will need to complete the monthly Team Rocket Special Research event in order to confront Giovanni and earn a chance to capture Shadow Entei.

Thundurus comes to Raids: Thundurus will be added as Pokemon Go‘s newest Legendary Pokemon, joining the game on March 2nd as a 5-Star Raid Boss. As an Electric/Flying-type Pokemon, Thundurus is weak against Rock-type and Ice-type Pokemon.

Legendary Raid Weekends: Pokemon Go will have special Legendary Pokemon appear every weekend in March, giving players a chance to catch their Shiny variant or grab the Pokemon with special exclusive moves. March 6-9 will feature Darkrai (with a Shiny form added), and March 13-15 will feature Altered Forme Giratina (with Shiny form added). On March 20-22, players can battle a special Cobalion with the move Sacred Sword, and on March 27-29 players can battle Lugia with the move Aeroblast.

Mysterious Event Weekend: Pokemon Go will be hosting a “Mysterious Event” weekend from March 20th through March 23rd, complete with a new Special Research quest. Nincada and several other Bug-type Pokemon will appear in the wild, along with increased spawns of several types of Pokemon. The new event likely involves the Mythical Pokemon Genesect, based on a datamine leaked early this weekend.

Team Rocket Takeover Event: On March 6-9, Team Rocket will take over Pokemon Go as part of another Global Takeover. The event will feature increased spawns of Dark- and Poison-type Pokemon, as well as the appearance of Shiny Skorupi and Absol in the wild. Team Rocket Grunts will make more appearances at PokeStops and even the Team Rocket admins will appear more often. Shadow Pokemon will also have a chance of being Shiny.

We’ll have more details about each of these events as they begin, so stay tuned to ComicBook.com for all your Pokemon Go news!