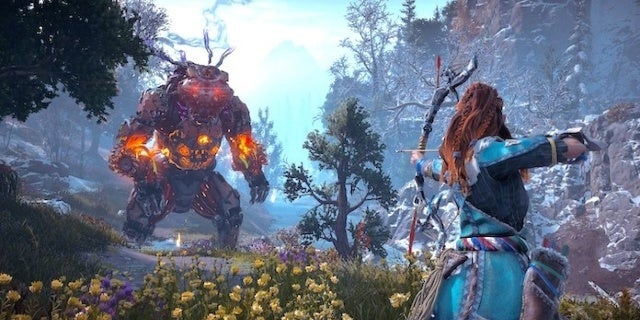 According to Amazon, one of the most popular PlayStation 4 exclusives is shedding its exclusivity and heading to PC. More specifically, it looks like the reports and rumors are true: Horizon Zero Dawn is going multi-platform alongside Death Stranding this year. Today, a listing for the PC port was spotted over on Amazon France. It’s since been taken down, which seems to only lend credence to the legitimacy of the listing.

Interestingly, this comes two days ahead of the game’s three-year anniversary. As you may remember, the new IP at the time debuted on February 28, 2017 to massive commercial success and a very strong critical showing that resulted in a 89 on Metacritic. Since then, the game has been discounted often, which suggests PlayStation thinks it’s running out of opportunity to squeeze a few more pennies out of the title.

We first started hearing about the Guerrilla Games’ game coming to PC last year, but scuttlebutt didn’t really pick up until this January when Kotaku claimed the game was being ported to PC this year.

At the moment of publishing, there’s been plenty of leaks and rumors pointing towards the port, but there’s no word of when we may actually see it. There have been a few suggestions here and there that its sequel may drop this year alongside the PS5. Again, these are nothing but rumors, but they do make sense given the news of this PC port.

Sony Interactive Entertainment hasn’t commented on past leaks and rumors, and it hasn’t commented on this new one. And it won’t. Rarely do the PlayStation makers comment on rumors or leaks. In other words, don’t take their silence as a silent confirmation. Sony simply has a policy of not giving attention to the rumor mill or leaks or anything unofficial.

What will be interesting to see is if the game comes to any more platforms beyond PC. In other words, will we see it on a Xbox or Nintendo platform? I doubt it, but it’ certainly possible.

Horizon Zero Dawn is available on PS4, and is currently playable on PC via the PlayStation Now.