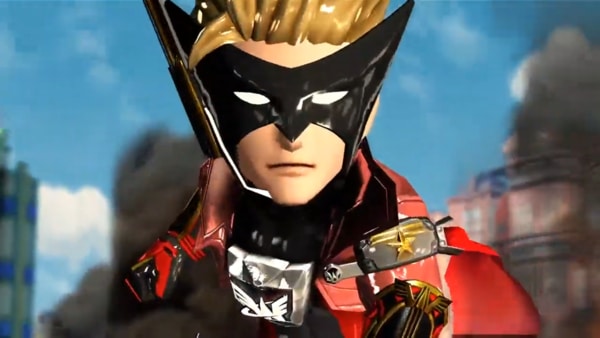 Find the full interview below.

Gematsu: The Wonderful 101: Remastered was announced as a Kickstarter project in early February, and a May release date was announced later in the month. Can you explain what from the funding went into the game itself?

Atsushi Inaba: “Well the actual reason we decided to do a Kickstarter campaign was not for funding at all, it was more about gauging interest in The Wonderful 101. This is a game we’ve always wanted to revisit at some point in time, so we thought it would be a good opportunity to bring the fans together—to unite them—and gauge interest. And in essence, to release the game. So it wasn’t really about the amount of funding at all, it was about self-publishing, bringing fans together, and revisiting The Wonderful 101.”

Just to clarify, what is the money that was crowdfunded being used towards?

Inaba: “First off, the money is going towards the production of all the goods—I don’t know if you’ve seen all the tiers and their rewards, but those cost money to produce. The rest of the money is going towards the additional content that will be added to the game. All that costs money, and it takes time and work to port the game to the additional platforms. I want to clarify that we didn’t do the campaign to ‘get money’ or anything like that—that wasn’t the point of it. The main goal was to bring the fans together, gauge interest, and find a good way to revisit and release the game.”

Is there anything in the base game that is being added beyond the stretch goals?

Hideki Kamiya: “For both myself and for Platinum Games, The Wonderful 101 is one of our largest games, both in volume and content. So I didn’t feel it was necessary to add anything to game itself, and it would’ve actually created unbalance. So there isn’t anything that will be added to the game in terms of extra levels or characters. However, back in the Wii U days, there were some things that we couldn’t implement, a lot of which concerns user-friendly features, playability, giving the player directives, and the like, which will be added in this version.”

I wanted to speak a bit about that, so I’m glad you brought it up. The Wii U version utilized both the GamePad and TV screens. How is the game being consolidated into a single screen this time around?

Kamiya: “When I was originally developing the game on Wii U, I figured that a picture-in-picture would be necessary, but in the end there were two screens. Since it’s a one screen game in the newer versions, we’re going back to the picture-in-picture design. And this time around we’re able to add better playability and user-friendliness that was not possible on the Wii U, such as adjustments of the screen, moving it around, and making the game more accessible for current players. Another thing was obviously the drawing of the shapes on the GamePad, which is not going to be featured in the new version. Originally I had planned on using the joystick to do that. So in a way we are actually going back to the original version that I planned. In this new version, you will be using the joystick to draw.”

That includes the Switch version?

This may be a bit of a sensitive topic, but in the release date trailer, there was no mention of Nintendo in the copyright. Can you clarify ownership of the IP, or why Nintendo wasn’t mentioned?

Inaba: “Unfortunately, I can’t talk about the details, since it’s between Platinum Games and Nintendo, but as I said before, it’s thanks to the kindness of Nintendo that this release is possible.”

When we first spoke about The Wonderful 101: Remastered back in September, Kamiya-san mentioned an Xbox One version as a planned stretch goal. Can you speak a bit to what happened there?

Kamiya: “That’s very true, and we did plan and want to release on Xbox One. But the fact of the matter was that the original engine for the game and the engine for the Xbox One are very different, and it’s not easy to port like the other systems. So as a result of that, unfortunately and regrettably, we had to relinquish the Xbox One release.”

Is an Xbox One version something you would rule out entirely?

Kamiya: “It’s just a very costly thing to do and we don’t have the ability to do it in-house. I don’t want to say it will never happen. If the right things come together and we get enough money, it might be possible, but it’s just an expensive thing to do. We did want to do it—it’s purely for that reason that we couldn’t.”

Inaba: “I really don’t know. The fact is that a lot of those IPs are owned by Nintendo, we’re just the developer. So you’d have to ask Nintendo if they’re willing to do it. It’s not something we really have control over ourselves.” 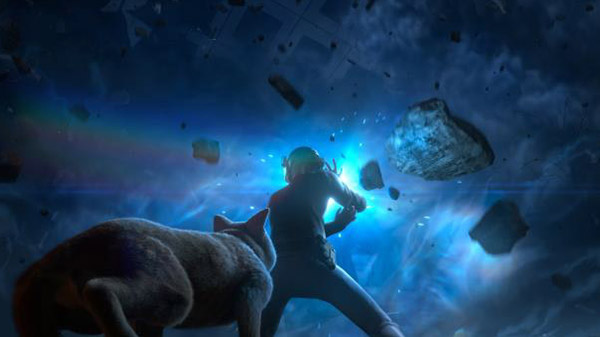 Moving onto Project G.G.—this is something that’s being billed as the final entry in Kamiya-san’s trilogy of hero games. Can you talk about how these titles are connected?

Kamiya: “Well as you can tell from the games themselves, Viewtiful Joe is in its own world, The Wonderful 101 is in its own world—those are not connected in any way. What actually brings the three together as a trilogy is the essence of ‘hero.’ You can think of Viewtiful Joe as the transformation solo hero, The Wonderful 101 as the group hero, and now Project G.G. will be the giant hero. So if you’re going to connect them in any way, it’s not via each game’s lore, it’s about the essence of them being hero games.”

Can you explain why this is the climax or final entry? Will you never make another hero game after this?

Kamiya: “I wanted to bring these games together as a trilogy, and this will be the third entry. Like I said before, there are mainly three categories of heroes, so this is kind of bringing that trilogy of hero types to a close. So that will be one thing. After this trilogy is finished, maybe in the future I will create a new trilogy. It’s not that I’m finished with heroes, but for this particular set it just makes sense for this to be the final one.”

How far back did you decide upon making this trilogy?

Kamiya: “I’m not really sure myself. It came to me during the development of The Wonderful 101. Viewtiful Joe was a hero game, The Wonderful 101 was a hero game, so I kind of thought, ‘well, there’s also the giant hero.’ Then it started to form in my mind, ‘well, maybe one day.’ But it’s not that I had this plan from the beginning to do three, it kind of came as it went.”

How long has Project G.G. been in the works?

Kamiya: “It was about a year ago that the idea started coming together, but there’s actually an interesting backstory to it. As we were preparing to move into self-publishing, we had a competition within Platinum Games where anyone could write up a design for the game, especially for a lot of the younger staff, and then the higher members of the company would get together and check them out. I wasn’t involved in that process at all, but they basically narrowed it down to three. So there was a top three, but I had Project G.G. in my mind, so I went to Inaba-san with the idea and he told me to write up a design. In the end, that was the most interesting option for Platinum Games and the one we moved forward with. That was about a year ago, and now we’re at the point where it’s finally starting to manifest itself.”

What do you plan to do differently in Project G.G. that you maybe couldn’t do in Viewtiful Joe or The Wonderful 101?

(Editor’s Note: While Gematsu did not ask about Project G.G.‘s intended platforms, this is a good area to note that IGN did, and that Inaba said, “Basically we’d like to hit PS4, Xbox One, Switch, and Steam, and then of course PS5 and Series X are coming soon. We don’t know exactly when this will come out, but we’d like to release it on whatever are the main platforms at that time.”)

For Project G.G., you guys are setting up a new studio in Tokyo. In Inaba-san’s message on the studio website, you mention wanting to expand into “console live ops” game development. Can you talk a bit about that?

Inaba: “I can’t say too much about it unfortunately. But up until now, it’s been, pay this amount of money for a game, then you’re finished. We do have plans to move into more service-themed games, but I can’t provide any detailed specifics at this point. All I can say is that there are plans to move in that direction.”

Would you describe such service games as the focus of Platinum Games Tokyo?

Inaba: “That’s not the sole purpose of the office, but it is one of the things we want to do. And there are a lot things we want to do in addition to that. We get a lot offers and things to that nature, and we unfortunately have to turn a lot of them down. So in establishing a Tokyo office, it will allow us to pursue a lot of those things we would otherwise have to refuse. It’s generally about expanding in that direction.”

Kamiya: “Also, Tokyo is the largest city in Japan, and there are a lot of people with various different skills and talents in Tokyo, so we want to utilize that talent. So getting more varied personnel with different skills is another reason for setting up this office.”

Would you say that because you guys are moving towards self-publishing that you’re moving away from working with other companies?

Kamiya: “That’s not the intention at all. We’ve established a lot of fantastic partnerships, so we want to continue doing that, while also expanding and working and self-publishing our own IP.”

Before we go, can you do that thing where you tell me development on Bayonetta 3 is going well and there’s nothing to worry about?