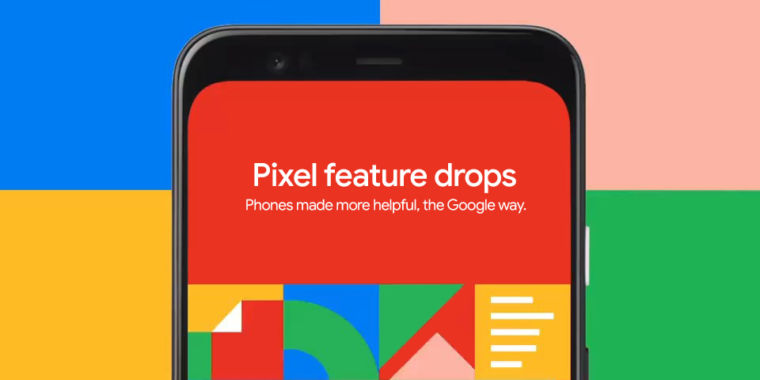 Android’s March Security Update is starting to roll out, and with it Google is announcing the second-ever “Feature Drop” for the Pixel 4. Feature Drops are a new update scheme that sees Google leverage its OS development skills into quarterly mini-updates for the Pixel line. This quarter the Pixel line is getting new emojis, the scheduled dark mode feature from Android 11, faster access to Google Pay, and several other features.

The Pixel 4 is currently on Android 10, which comes with Unicode Emoji 12.0. The Pixel 4 is getting an emoji update, but this isn’t 2020’s Unicode Emoji 13.0, which should be out along with Android 11. The Pixel is getting Emoji 12.1, which as the name suggests, this is a half-step between 12 and 13 that accelerates the release of some Emoji 13 features. As Emojipedia details, it includes 23 new gender-neutral emojis like “a gender-neutral fire fighter, astronaut, person in wheelchair, judge, and more. With skin-tone support included, the tally equals 138 additions.” Additionally, there are new skin tone combinations for the “couple” emoji that weren’t supported in Emoji 12. Google says there are 169 new emoji in this update.

The Android 11 Developer Preview introduced a scheduled dark mode that could turn on at sundown and off at sunrise, and that feature is being backported to the Pixel 4 on Android 10. There’s also a new feature that goes in the complete opposite direction—a high-brightness mode. The Pixel 4 has a pretty undersized battery, and higher-brightness won’t help, but sometimes you’re outside and really just want to see the display.

You’ll be able to press-and-hold the power button to bring up a special Google Pay interface with a list of cards to tap and pay with. You’ve always been able to just slam your phone on the reader and quickly pay with your default card, but if you like to juggle several cards in Google Pay, you can now quickly switch between them. With this update you’ll also be able to easily add airplane boarding-pass barcodes to Google Pay. Just take a screenshot and tap a new “add to Google Pay” notification.

Google’s air gesture “Motion Sense” feature on the Pixel 4 launched with media gestures for “next” and “previous,” and now, four months later, it’s getting play/pause—just stick your hand over the phone screen and the music will pause. Google Duo, Google’s last surviving video chat app, is getting support for AR widgets.

Google’s update and testing infrastructure still doesn’t seem prepared for the idea of a quarterly feature drop. Feature drops seem like the company wants you to care about updates, but Google doesn’t deliver updates to users in a timely manner the first day they are available. The industry giant prefers instead to do a slow rollout that can take weeks to arrive. Google says several times in its blog post that features will “Gradually roll out through March” To further complicate things, and it seems like you need both the March security patch OS update and a new version of Google Play Services to get these features to work. So really, you’re waiting on two rollouts. So when will Pixel 4 owners get these new features? At some nebulous point in the future, I guess. If Google is hoping these quarterly updates will increase user satisfaction, it would help a lot to push them to users quickly or allow users to pull them down on-demand.