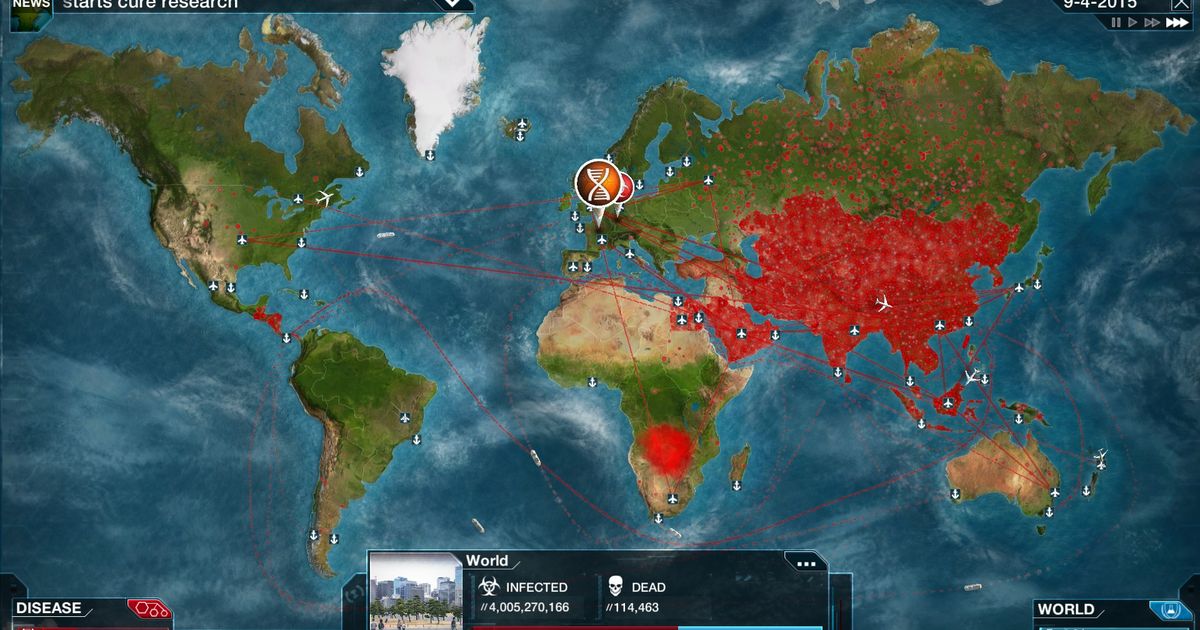 Pandemic simulator Plague Inc. became China’s top paid iOS download in January, as players flocked to the game in the wake of coronavirus concerns. Now the game has been taken down from China’s App Store, with the Cyberspace Administration of China citing “illegal content.”

Plague Inc. developer Ndemic Creations announced the sudden removal in a Feb 27. blog post. “We’ve just been informed that Plague Inc. ‘includes content that is illegal in China as determined by the Cyberspace Administration of China’ and has been removed from the China App Store,” Ndemic Creations wrote. “This situation is completely out of our control.”

Exactly what illegal content Plague Inc. contains is unclear. Though it was only removed from the App Store this week, the game had been available in China since its worldwide release eight years ago. However, Plague Inc. had recently gained significant attention due to its thematic relevance to the current coronavirus epidemic.

In Plague Inc., players take on the role of an infectious disease and attempt to wipe out all human life. Gameplay involves choosing how to evolve, becoming more deadly and spreading across the globe.

“It’s not clear to us if this removal is linked to the ongoing coronavirus outbreak that China is facing,” wrote Ndemic Creations. “However, Plague Inc.’s educational importance has been repeatedly recognised by organisations like the CDC and we are currently working with major global health organisations to determine how we can best support their efforts to contain and control COVID-19.”

Ndemic Creations is attempting to contact the Cyberspace Administration of China to find out more information and work to return Plague Inc. to the Chinese App Store.

We’re really sad to announce that Plague Inc. has been removed from the China App Store. This is completely out of our control and we are working to find a way to bring the game back to our players in China. Our statement here: https://t.co/oYkHHkMbgw pic.twitter.com/5wQ93NsCKw

Last month, Ndemic Creations acknowledged Plague Inc. had seen a significant spike in players due to the coronavirus. “However, please remember that Plague Inc. is a game, not a scientific model and that the current coronavirus outbreak is a very real situation which is impacting a huge number of people.”