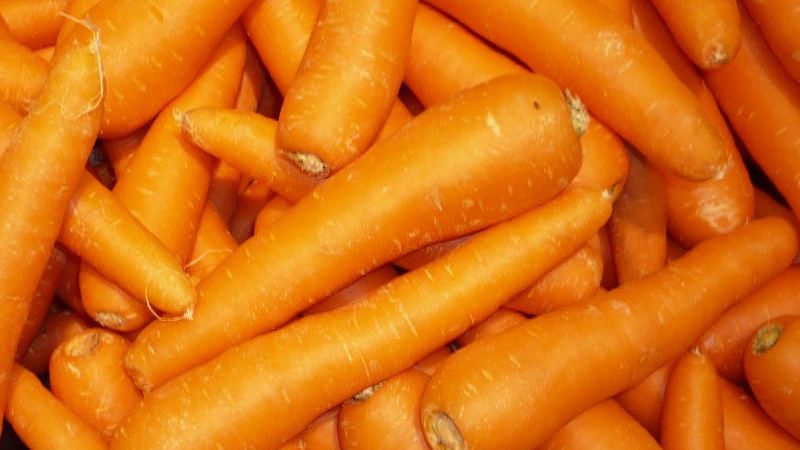 If there’s one thing that gives us joy here at Hackaday it’s a story of audio silliness. There is a rich vein of dubious products aimed at audiophiles which just beg to be made fun of, and once in a while we oblige. But sometimes an odd piece of audio equipment emerges with another purpose. Take [Boltz999]’s interconnects for example, which were born of necessity when there were no female-to-female phono adapters to connect a set of cables. Taking a baby carrot and simply plugging the phonos into its flesh delivered an audio connectivity solution that worked.

Does this mean that our gold-nanoparticle-plated oxygen-free directional audio cables are junk, and we should be heading for the supermarket to pick up a bag of root vegetables instead? I set out to test this new material in the secret Hackaday audio lab, located on an anonymous 1970s industrial estate in Milton Keynes, UK.

A quick search on the composition of a carrot reveals an 88% water content, with the other 12% being mostly carbohydrates, followed by small quantities of fat, protein, and a cocktail of those vitamins and minerals that caused our parents to be so enthusiastic about our younger selves eating them. In particular about 0.4% of a carrot is comprised of potassium, sodium, and calcium ions in solution, making the vegetable analagous to a sponge soaked in a weak electrolyte solution. Thus you’d expect it to be conductive, and to pass a line-level audio signal into a high-impedance load such as an audio amplifier. A quick DC resistance measurement of our test carrot showed a resistance that started at about 50K for distances up to about 10mm, rising slowly to near 100K across its roughly 80mm length. It’s probably beyond the scope of this piece, to characterise the complex impedance of a carrot.

The hack that prompted all this though didn’t simply replace the pair of copper wires with ones made of carrot. By plugging the phono into the tap root an extra 50K resistance is created between its two conductors as well as between it and the other phono, and the result is a resistor network. Because it’s not an unreasonable assumption the two pieces of hi-fi equipment in the same rack could share an earth, rather than disappear down the rabbit hole of infinite meshes of resistors  it’s probably safe instead to think of it as something closer to the familiar Pi network attenuator. There are plenty of online calculators that could give you a performance figure for a given network, but in this case with so many approximations and carrot-related guesses their results would be rather meaningless. All that we need to know is that there will be some attenuation of any audio fed into the carrot.

Crisp Treble, and a Crunchy Midrange

Having discussed the theory, it’s time to move onto the practice. Standing in for a high-end audio source was my phone playing YouTube videos, and for a high-end hi-fi a set of amplified computer speakers. Surprisingly it worked, but unsurprisingly in doing so there was a noticeable attenuation that cut the volume by around half. Exactly as expected, but there was a further step of taking a look at it with a ‘scope.

Applying a handy 1kHz squarewave a 30% attenuation was immediately obvious (as well as that maybe the secret lab’s ‘scope probes needed adjusting). We lacked an audio analyser to measure the harmonic distortion of the coupling, but there has to come a point at which characterising a vegetable comes to an end.

So, we’ve proved the original story to be true, you can use a carrot in an audio interconnect. But how would we describe its sound? The answer if you are fond of audiophile reviews is that it adds an organic feel to the broader soundstage, with crisp treble notes, a crunchy midrange, and deep, earthy bass tones. Meanwhile if you are simply looking for something to connect two cables, we’d suggest a carrot sounds better in the roasting pan.