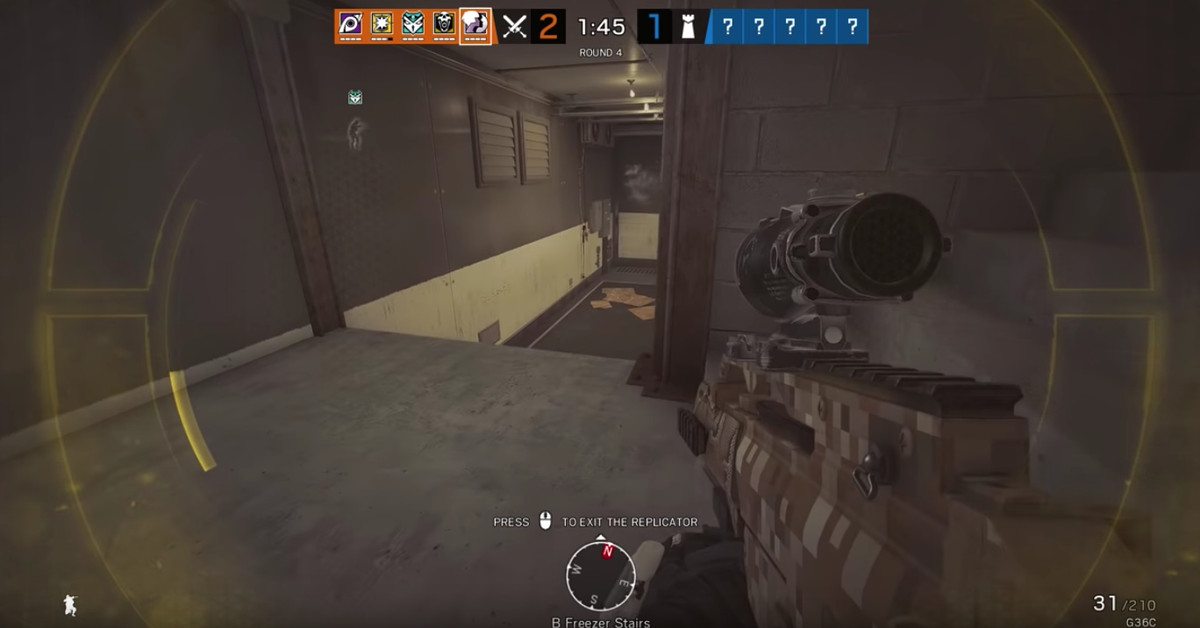 Oregon, one of the maps that launched with Rainbow Six Siege in December 2015, will be getting a facelift when Year 5, Season 1 launches. Ubisoft Montreal developers showcased the changes at today’s Six Invitational, the world championship tournament for Siege. There’s also a good breakdown of what the changes involve at 5:01 of this video.

Nicholas Jolicoeur, a level designer, walked Six Invitational attendees through the new floorplan, pointing out where the old map had gone stale and what he has done to freshen that up. “After all this time, the players have kind of figured it out,” he acknowledged. It’s especially important to change the map considering its frequency of use in esports.

Oregon is set in a survivalist compound in the Pacific Northwest, hence its name. Its main building has three levels, and there’s also a small office tower with which most hardcore Siege players are back-of-the-hand familiar. In the update, an expanded freezer section will be added to the basement, giving Attackers a new wall to break through and a new route to the objective.

The Tower section will no longer house the objective, because that had broken down to “an easy three-step win for the Attackers,” Jolicoeur said. “Pop in some smoke, send Montagne, send the defuser right after him, back up, and profit. It’s not that easy, but it’s not that interesting either.” The objective has now moved to the meeting room or the kitchen. A new hallway connects those two areas, making it a shared objective for both sides. The larger tower also has a new route that bypasses the meeting room on the way into the building.

Rainbow Six Siege: Operation Void Edge, the first season of the game’s fifth year, does not yet have a launch date. Its two newest operators, Oryx and Iana, will be available on public test servers beginning Monday. There will be a Year 5 panel tomorrow at 4:30 p.m. EST, during which more details are expected, as the Six Invitational winds to a conclusion.