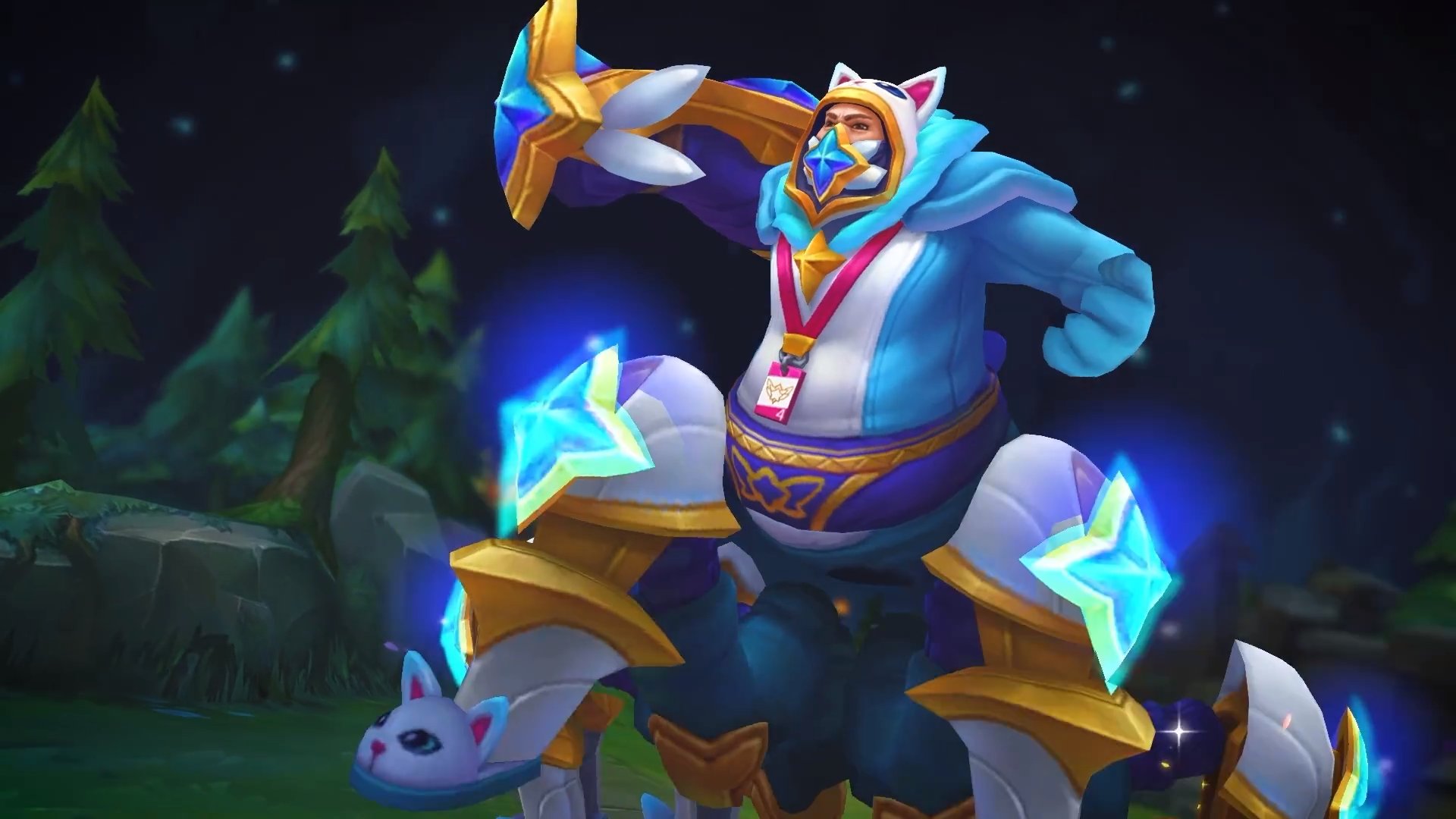 Urgot mains and League of Legends fans from around the world have plenty of reason to rejoice come April 1.

Urgot’s new cosmetic gives him a baby blue cat onesie, a new ice blue gemstone for a mask, and gold trimmings. And let’s not forget the cute kitty slippers to adorn all six of his legs.

The toxic bruiser’s back animation changes to include an angel-like cat floating above before Urgot grabs it from the air and hugs it a little too hard. Urgot’s shield is replaced with a rainbow aura and the bullet cases pouring out of his chain gun are now multi-colored sparkles.

The canister thrown out for the champion’s Corrosive Charge (Q) changes into a winged kitty that shoots out of his arm, too.

The new skin brings to life a longtime community meme. After one fan created a Star Guardian Urgot cosmetic, the community wanted the hilarious skin to actually hit the Rift.

It seems like those reservations were put aside in the creation of Urgot’s new skin. Though it doesn’t resemble the original Star Guardian meme too much, the sentiment will certainly be appreciated by the community.