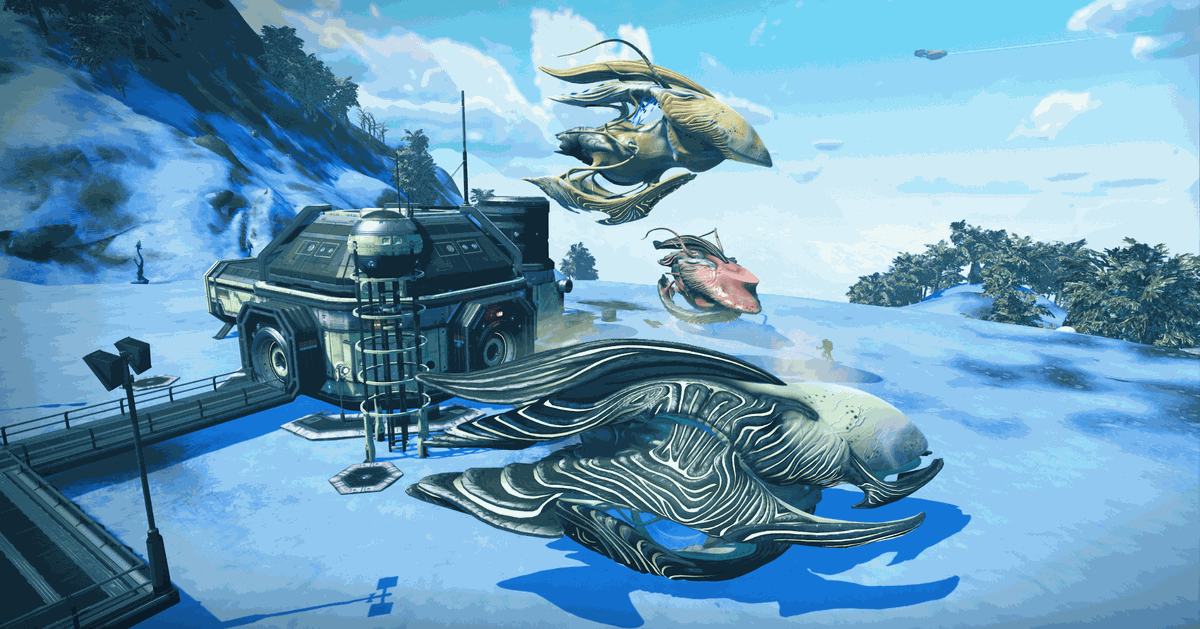 If your dream is to fly around space in a sentient spaceship, then No Man’s Sky’s latest update perfect for you. The update adds a completely new variety of ship to the game called a Living Ship. These are are randomly generated biological creatures that happen to be able to carry you through space. Patch 2.3 also adds new missions, new types of NPCs, and several quality-of-life changes to the game.

Players will get to raise a Living Ship from scratch by visiting the Space Anomaly and collecting their very own Void Egg. This Void Egg will eventually hatch and grow into their very own Living Ship. This patch also adds a new series of missions, fittingly called Starbirth, which will shed light on the origin of the organic spaceships.

Along with the new way to travel through space, there are now Space NPCs that will hail you as you fly through the stars. According to the patch notes they’re often just merchants who want to show you their wares, but they might also be in need of assistance or even looking for a fight.

The patch also adds new Space Encounters, which can lead to the discovery of new objects, and even dangerous new lifeforms.

For a look at all of the additions in No Man’s Sky patch 2.3 you can find the full notes below.