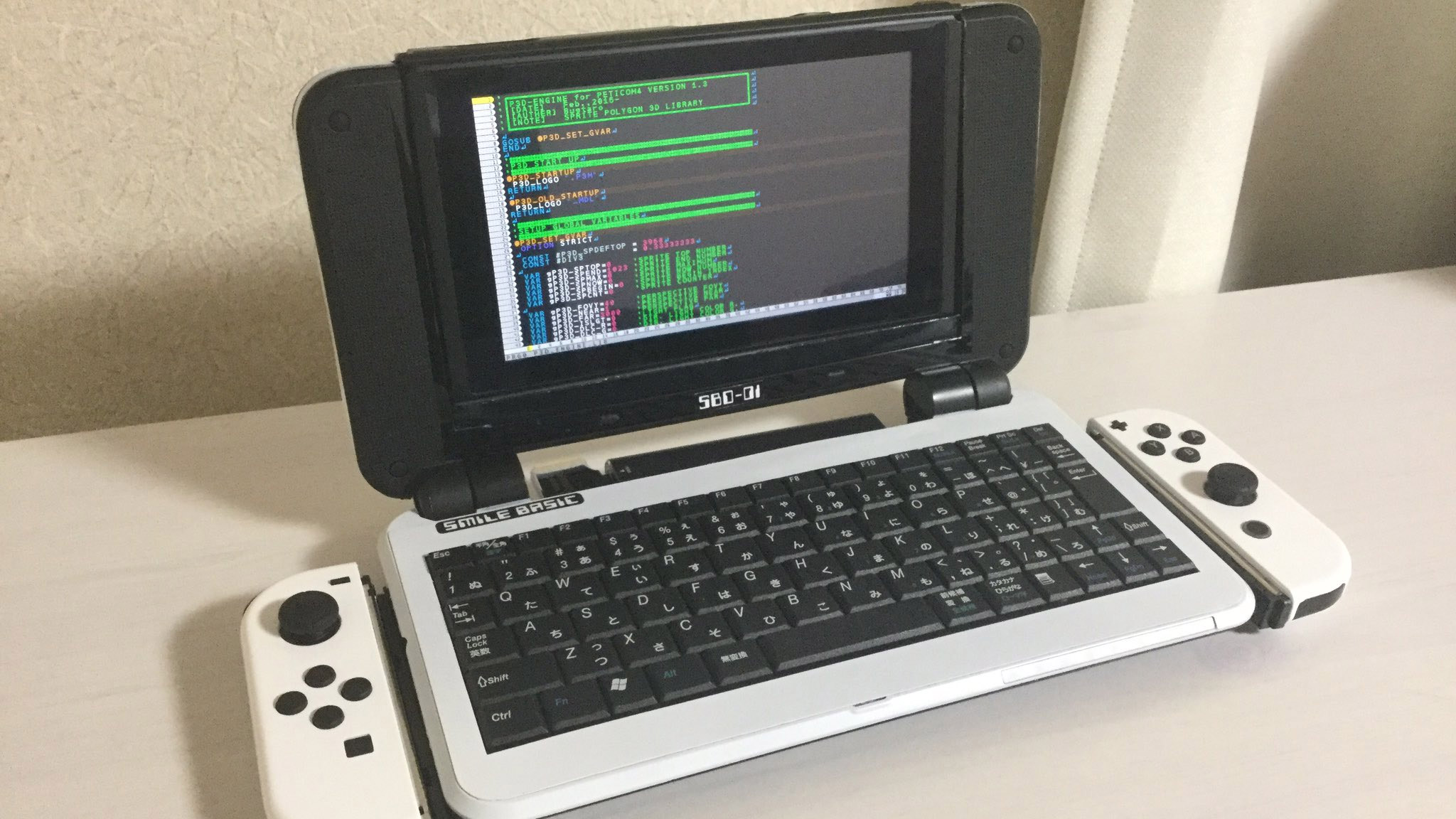 Remember the days when computers booted up straight into a BASIC screen, where theoretically you could program yourself a full game without any further software needed? Well, in reality most of us were amused enough making it print “butts” over and over again, but there are those who are adept in the dark arts of making impressive things with such a limited language. [Bugtaro] is one of those people, and to help with his game development in SmileBASIC 4 on the Nintendo Switch, he built himself a dock that turns it into a laptop with an integrated keyboard.

Details on the build are scarce as it’s only outlined in his Twitter account, but there’s enough to give us an idea about what it’s composed of. The Switch slides into the top just like the official dock it comes with, and the laptop shell takes advantage of those functions. Inside it is a 5000 mAh battery to extend the portable life of the whole ensemble, plus a USB hub which gives it its built-in keyboard and allows for a mouse to be plugged in as well. The laptop also gives the Switch its docked TV output mode and can hold the Joy-cons slotted on its sides.

This project would pass for any other case mod here at Hackaday if it weren’t for the fact that [Bugtaro] is in fact a programmer that has been releasing BASIC software on Japanese magazines since the 1980s and worked on several cult classic Mega Drive games with Wolf Team and NexTech during the 1990s. His latest game is GIVERS P3D, a game programmed in SmileBASIC using a 3D engine of his own design and one of the flagship games for the platform. It would be interesting to see if more SmileBASIC programmers end up coming up with their own solutions to aid their development experience following this project.

If you’re interested in the possibilities of custom-made Switch docks like these but don’t fancy giving it a keyboard, how about this one that wraps a Gamecube controller around the screen? And if you don’t have a Switch yet and are looking for a bigger challenge, well, you can make your own from scratch.