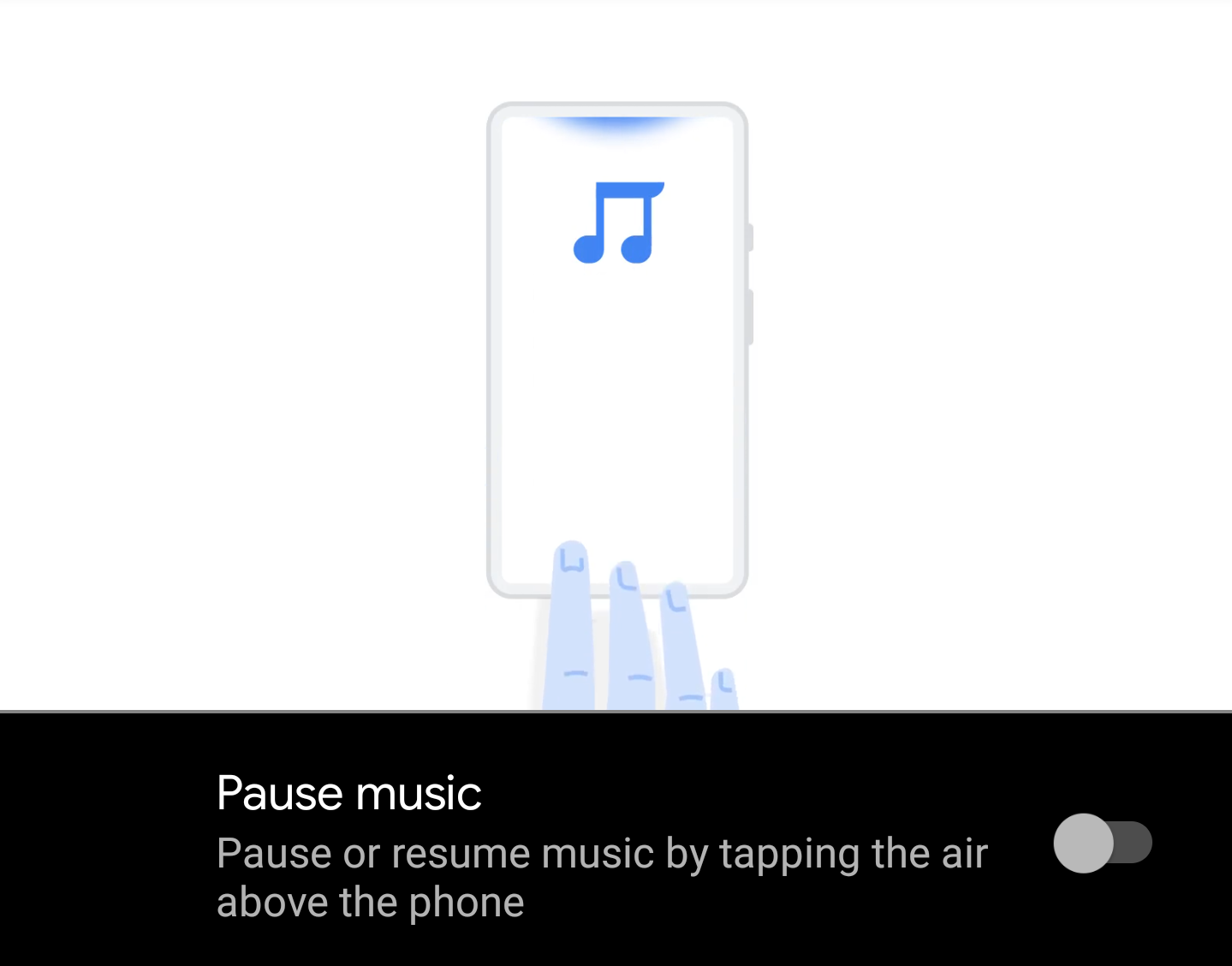 A new pause gesture for the Pixel 4’s Motion Sense is rolling out as part of the Android 11 update. This change isn’t intrinsically tied to Android 11, but the new Developer Preview does come with an updated version of the Motion Sense app (which controls the Soli radar-based gesture system on the Pixel 4), which allows you to pause and resume media with a “tapping” gesture in the air Motion Sense uses for gestures.

#Pixel4 allows you to change songs or pause a video with just a hand gesture. Cool, huh? Dive into the details on how this technology works for you: https://t.co/x4ae39PIdn pic.twitter.com/J2LNIR5zly

Google actually indirectly revealed the feature in a tweet over the weekend, before Android 11 and the updated app actually went live. We should also note that the new version of Motion Sense spotted in the Android 11 Developer Preview doesn’t want to install on Android 10, so you can’t just sideload it onto your Pixel 4 to get the new gesture (we tried).

Toggle that controls the new pause gesture in Settings -> System -> Gestures -> Pause music on the Pixel 4.

The new setting works as expected. “Tapping” the air above and in front of the Pixel 4 tells the device to play or pause media, and I had no problem using it with Spotify as I typed most of this very article.

It’s pretty responsive. Whether you use a single finger or your whole hand, cupping it to dip quickly in the direction of the phone, or simply slapping those fingers down, it works pretty well. I did find the whole-hand-dip (shown above) to be the most effective.

This new pause gesture marks Google’s first addition to Motion Sense. The company previously said that new gestures would be coming, and this one definitely rounds out the next/previous track media controls we already had.