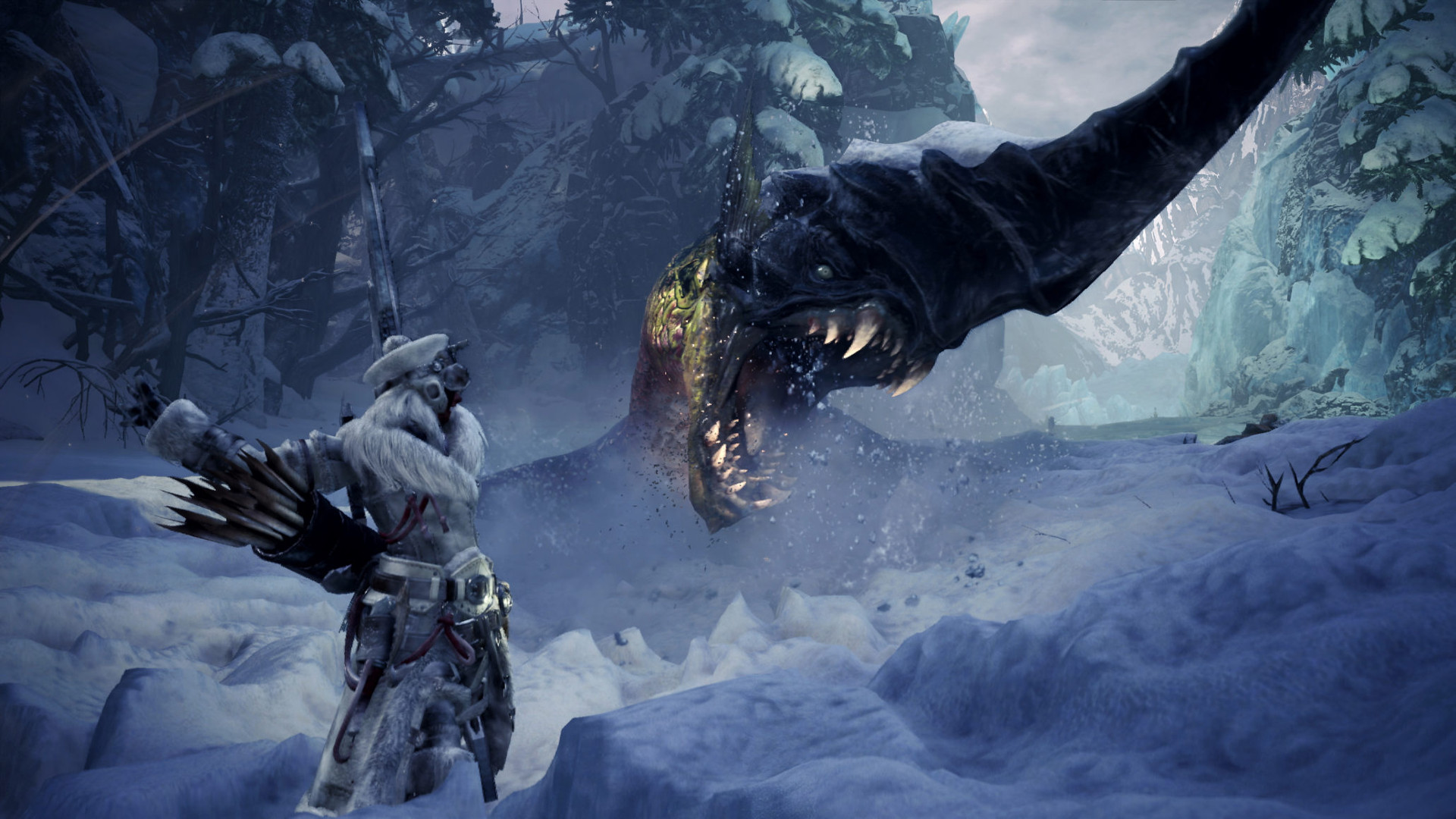 The release date for the next update of Monster Hunter World: Iceborne on console has been set, and PC won’t have long to wait. The two new monsters come to ravage PS4 and Xbox One on March 23, while PC players will get them in April, Capcom announced on Twitter.

The third free content pack as part of Monster Hunter World: Iceborne’s roadmap, two new beasts will be unleashed: Raging Brachydios and Furious Rajang. The former’s a fiery dinosaur-type creature who’ll be surrounding any challengers in fire and brimstone, while the latter’s a snowy primate that’ll beat you around the arena given half the chance.

Although getting this DLC in April isn’t ideal, after consoles who’ll have it on March 23, it is the last time platforms will suffer disparity. As of April, PC and consoles will receive all new content at the same time, unifying the communities once and for all. This also brings us right up to the known quantities of the current Monster Hunter slate; the next two packs are still under wraps bar vague clues like “return of a fan-favourite monster” for May.

We gave Monster Hunter World: Iceborne a strong review when it came out, and liked it so much we included it as one of the best dinosaur games on PC. Despite only coming to Steam in January, Capcom reported that Steam sales of the expansion have pushed it over 4 million copies sold, complementing Monster Hunter World’s sales of over 15 million.

The date is set! Raging Brachydios and Furious Rajang will challenge bravest hunters on March 23 on PS4 and Xbox One! Coming to PC in April. pic.twitter.com/COUIROiLKf

If you’d like a glimpse behind the curtain on Monster Hunter, Capcom put out a wonderful video on the motion-capture that goes into bringing these monsters to life. It’s eye-opening, ludicrous, and quite amazing.

This pair of new creations will be stalking the Iceborne landscape come April. If you need to brush up on your skills before then, we have guides on Banbaro and Nargacuga.