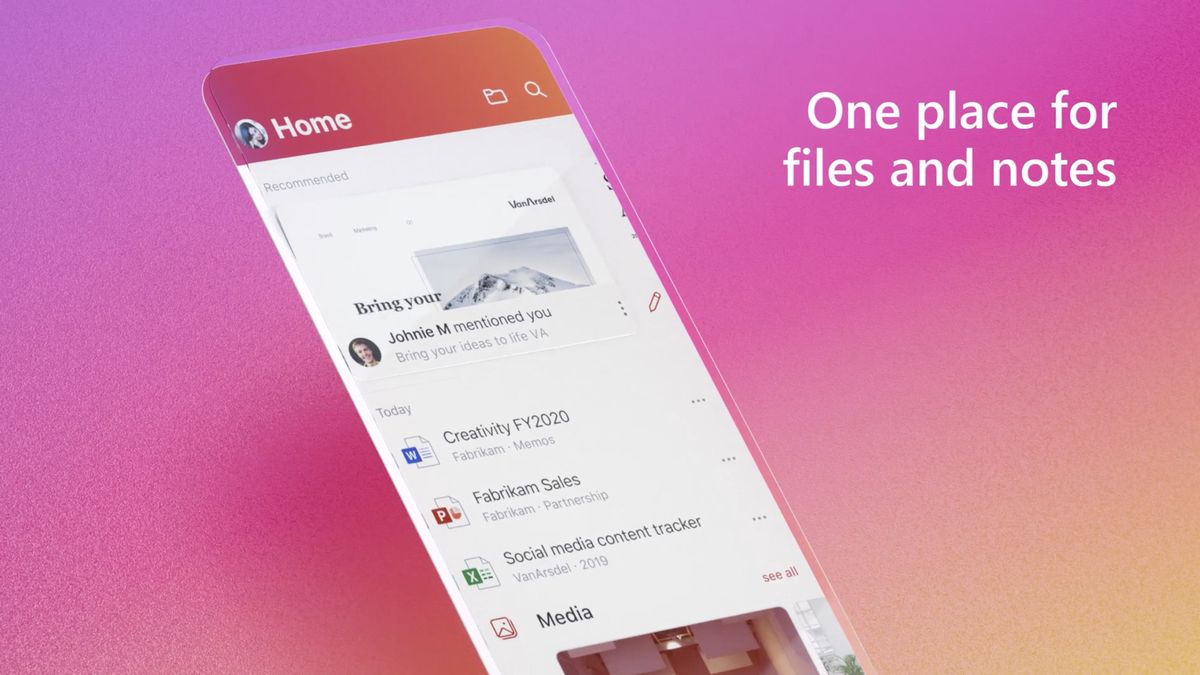 Sure, it makes sense that Microsoft offers separate mobile apps for Word, Excel and PowerPoint, but in a “No duh!” moment, all three apps are now folded into one. And it’s got a really easy name to remember: Microsoft Office.

Available now on iOS and Android, Office isn’t just about having less apps on your home screen or avoiding folders. It’s focused on making Office more mobile-friendly, with support for Box.com, Dropbox, Google Drive, and — yes — even iCloud. Tablet-optimized versions will soon debut on iPadOS and on Android tablets.

How the Microsoft Office app works

Microsoft Office’s home screen looks a lot like the Google Drive home screen I see when I go looking for the different docs and spreadsheets I rely on for work. You get a list of the files you’ve already got in a left tab, and a click of the … button allows you to share, pin and perform other file management tweaks.

The big guns come out when you tap the Actions tab on the right, which brings up tools including Image To Text, which is supposed to extract text. I saw mixed success in a quick test in the office as I wrote this story; it captured some, but not all of the start of this article, creating a note that starts as such:

So, yeah, the text you get requires some editing, and hopefully will get smarter over time.

The other features available to me out of the box — and I don’t pay for any Microsoft Office products — revolve around PDF editing. These tricks often match Apple’s own Notes app, including Sign a PDF, Scan to PDF and Document to PDF.

There’s also “Scan QR Code,” which the Apple Camera app already does. Not all Android phones offer this trick, though Google Lens does.

For folks who love Office and already use it for most tasks, this all makes sense. However, I don’t think this will bring many folks like me (who moved to Google’s GSuite) back.

Oh, and don’t expect Microsoft to release the Office app and forget about it. Microsoft told us via email that a voice-to-text Word Dictation translator is coming, with buttons for easily inputting punctuation (ever said “comma” to Siri, hoping it will understand? This sounds a lot better).

Office is also going to include a version of Excel that actually looks and feels right on a phone screen. This is called Excel Cards View user interface, which Microsoft is thankfully pivoting to, as the spreadsheet interface we’re used to was designed for big monitors.