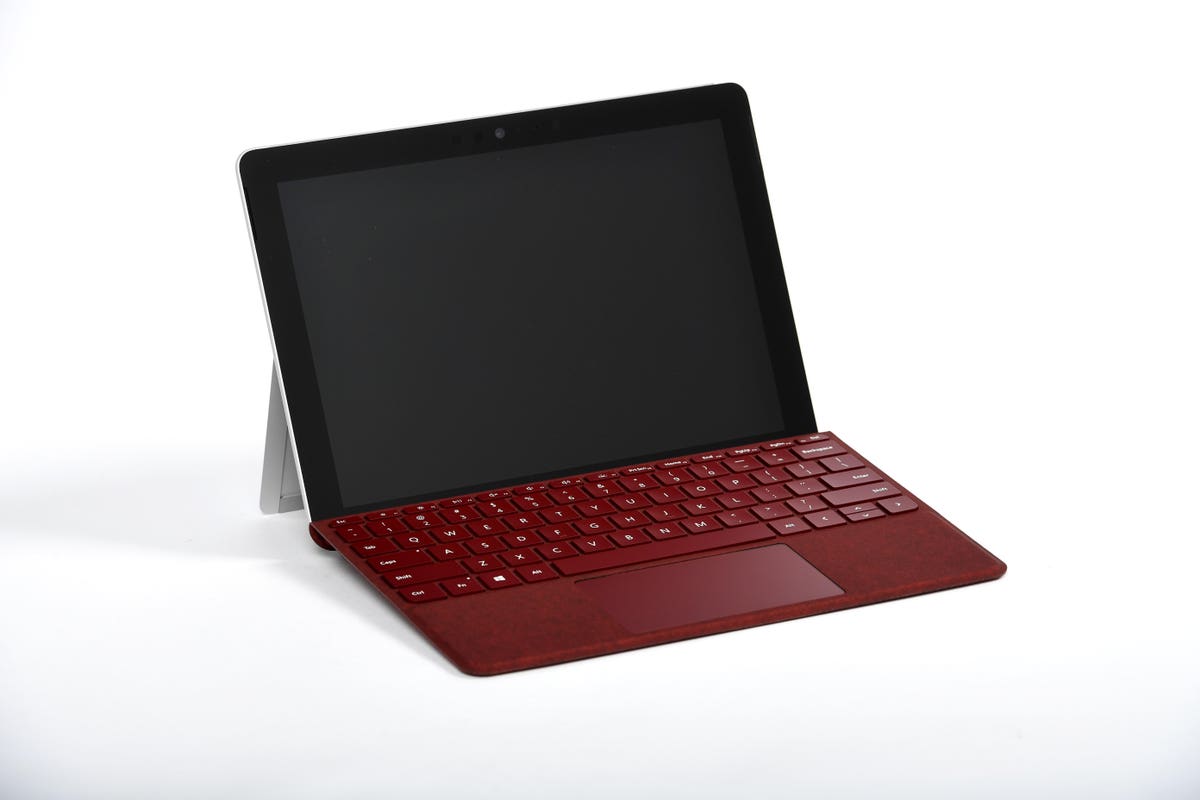 The updates to Microsoft’s Surface hardware continue. Following on from the Surface Book 3 details revealed last week, the latest leak around the new Surface Go show it too will be picking up a refresh.

Update 24 March: The leaked specs for the upcoming Surface Go 2 have caught the attention of many, and the consensus is that the Surface Go is going into a head to head contest with the iPad Air.

Jesus Diaz for Tom’s Guide: “A new iPad vs Surface war is brewing… A new leaked spec list shows that the upcoming machine is ready to crush Apple’s slim tablet with some Windows 10-powered gut upgrades.”

Adrian Diaconescu for Phone Arena: “…as long as Microsoft gets the price right, this versatile new mid-ranger should prove to be a mighty adversary for Apple’s iPad Air (2019).”

Daniel Piper for Creative Bloq: “…A leaked spec list for the update to the Surface Go, Microsoft’s cheapest tablet, suggests we might have serious rival to the iPad Air on our hands.”

It’s going to be an interesting competition when the two meet. Which is the better approach, to upscale the iPhone to a tablet, or to downscale Windows 10 from a desktop? It’s going to be fun to find out.

The details on the presumptively named Surface Go 2 highlight two main configurations. The first comes with Intel’s m3-8100Y CPI, the second with a Pentium 4425Y. Both have been spotted on web-based benchmarking site 3DMark.

The Pentium chip represents a small step up from the current Pentium 4415Y in the Surface Go. The Intel Core m3 is a chip that has been available for nearly two years. Backed up with 8 GB of RAM and a 128 GB SSD in the former and a 256 GB SSD in the latter, the Surface Go 2 is not going to win any awards for high-end performance.

But it doesn’t have to meet that challenge, there are other Surface devices that can offer that (the Surface Pro being the obvious example in tablet form). The Surface Go (and presumably the Surface Go 2) address the needs of two groups.

The first is consumers looking for a lightweight and relatively inexpensive tablet running Windows. It might to have the power to run the last 3D action game, but for social media work, browsing, and creating documents and spreadsheets, the Surface Go was a solid choice. The Surface Go 2 is going to be an almost direct replacement, albeit with comparatively less power than the competition.

The second area is in enterprise. Here the Surface Go has proven to be useful in many areas, not least as a point of sale terminal, front-line hospitality needs, on the floor of warehouses for activities, and more. The Go does not need to be cutting edge, it just needs to have just enough power and be solid enough to be relied on.

This is where I think the Surface Go 2 will make a difference. Not in the specs (part of me wonders if the slight tweak in the CPU is down to the availability of parts over the next two years), but in increasing the uptime.

Although the Surface Go is one of the most robust Surface devices (the original design had increased protection against falls, a bonded screen, and waterproofing) any broken unit is going to go out of service and have an impact on workflow and costs.

If the Surface Go 2 can bring the modular repair design from the Surface Laptop 3 and Surface Pro X to this front-line enterprise device, allowing IT departments the ability to quickly switch out significant parts and reduce the downtime.

There’s no indication yet that this will happen, but if it does then the Surface Go 2 becomes an attractive upgrade for enterprise.