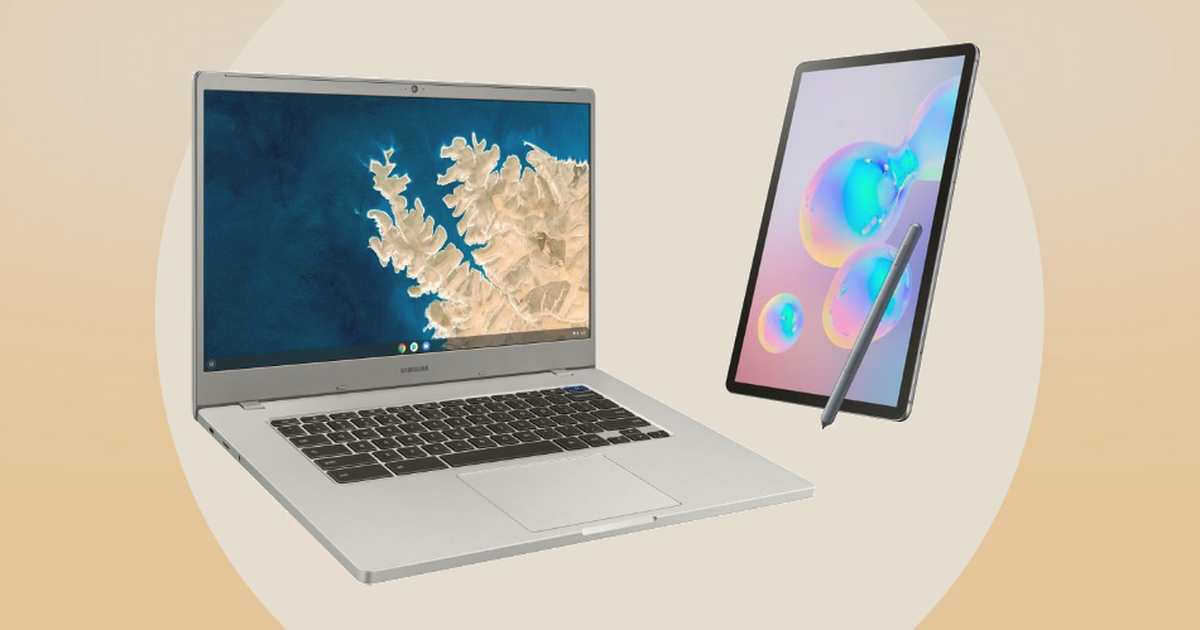 If you didn’t know better, you’d think Black Friday and Cyber Monday were right around the corner.

Retailers normally save their steepest discounts on electronics ’til then — i.e., mid- to late November, or just before the holiday shopping season gets underway. But (seemingly) just for kicks, Amazon is having a can’t-miss one-day sale on select Samsung tablets, laptops, and monitors, offering discounts that rival the ones we saw at the tail end of 2019.

What’s the occasion, you may ask? Honestly, I’m drawing a blank — but that’s not important. What *is* important is that now through midnight tonight, you can save a solid 20% on some of Samsung’s most popular devices, including the all-new Samsung Galaxy Tab S6 and the just-released Chromebook 4.

Boasting a fast and powerful Qualcomm Snapdragon 855 chip, a 10.5-inch Super AMOLED display, AKG-tuned quad speakers with Dolby Atmos support, and a battery life of up to 15 hours, the new Samsung Galaxy Tab S6 is arguably the iPad Pro’s only serious competitor. You can score a 256GB model with WiFi connectivity and an S Pen for just $583.99 on Amazon today (a $146 savings) in your choice of two finishes: cloud blue or rose blush.

For a capable laptop that won’t break the bank, look no further than the Chromebook 4, an all-new 11.6-inch laptop that Samsung’s billed as a “cost-effective way to quickly tap into the Google experience.” It comes equipped with the dual-core Intel Celeron Processor N4000, Gigabit Wi-Fi capabilities, and a built-in Google Assistant — plus, it’s met eight military-grade durability standards for dust, temperature, and shock resistance.

Released in October alongside the standard Chromebook 4, the Chromebook 4+ is Samsung’s first-ever 15.6-inch Chrome OS device. It’s pretty much identical to its comrade, only bigger and with a slightly shorter battery life (10.5 hours to the 4’s 12.5 hours); that same powerful Intel Celeron Processor N4000, speedy Gigabit WiFi connectivity, and helpful Google Assistant are all included.

Desktop feeling cramped? Enter: the innovative Samsung Space, a slim and modern-looking monitor with a bezel-less screen and an adjustable height stand that purportedly provides 40 percent more usable desk real estate than conventional monitors. (You can push it completely flush against a back wall.) You can score a 27-inch Samsung Space with WQHD resolution today for just $239.99 (a $160 savings), or upgrade to a 32-inch model with 4K UHD resolution for only $329.99 (a $170 savings).

Prepare to see colors like you’ve never seen them before with Samsung’s 32-inch SD850 Series monitor, a business-class QHD display offering 100 percent sRGB color compliance. Conveniently, it’s also capable of multiscreen functionality with Split Screen and Picture-in-Picture modes to help you maximize your productivity. It normally retails for $399.99, but you can snag one on Amazon today for just $299.99 — a $100 savings.