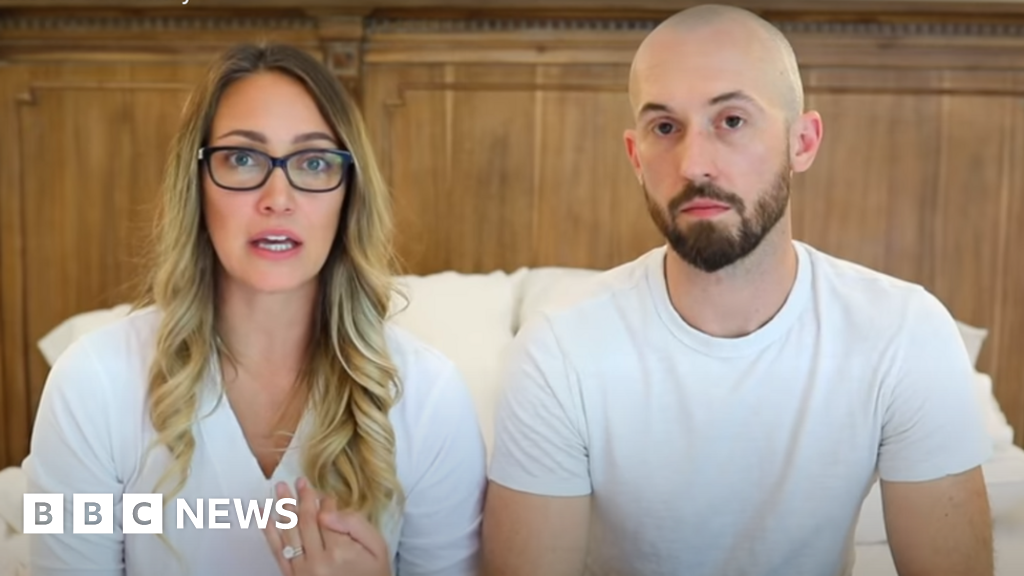 A couple who documented on a popular YouTube channel their life with an autistic toddler adopted from China are facing a backlash after they revealed he had been placed with another family.

Myka Stauffer and her husband James, based in Ohio, produced videos about Huxley’s adoption and his challenges.

Since 2017 the couple received sponsorship deals and video revenue.

While some understood the decision, critics accused the pair of exploiting Huxley to build their YouTube career.

The news that Huxley is living permanently with another family was revealed on Tuesday after followers noticed he had not been seen in a video for some time.

The couple said unspecified behavioural issues from Huxley had made life too difficult for the family, which includes four other children.

“Extremely depressed reading about the influencer who raised funds to adopt a son, made this her ‘brand,’ discovered he has special needs, secretly rehomed him,” wrote journalist Sophie Ross on Twitter.

Adopted children “aren’t a dog you adopted from the pound that you get to return in 14 days if they aren’t a good fit… gross”, commented another Twitter user, one of thousands to post negative reaction.

The couple began sharing videos about their family life in 2014 and Mrs Stauffer’s own YouTube channel Myka Stauffer grew to more than 700,000 subscribers this year.

In July 2016 they announced plans to adopt a toddler from China, and that they were considering adopting a second from “Uganda or Ethiopia”.

The adoption agency told them Huxley had “brain damage”, Mrs Stauffer wrote in a magazine article. After hesitating, the couple decided to proceed when “God softened our hearts”, she wrote.

They said revenue from sponsored videos would pay for the adoption. They also asked followers to donate $5 towards supporting their son’s needs, promising to write donors’ names in a baby book.

One video of the family going to China to meet two-year-old Huxley was extremely popular and clocked up more than 5.5 million views on YouTube.

Tapping into the popular trend of family life videos, the couple produced hours of content documenting their son and his life following adoption.

Detailed updates on Huxley’s developmental progress were included, as well as clips of him.

Other videos on the couple’s YouTube and Instagram accounts included advice about pregnancy (the couple had two more children after adopting Huxley), home-schooling, decoration and household chores.

Mrs Stauffer was also interviewed in magazines about caring for children with disabilities.

Companies including Glossier and Good American offered sponsorship deals, and the birth of their fifth child was featured in People magazine in 2019.

Huxley out of sight

In September 2019, Mrs Stauffer posted an update in which she said that Huxley had received treatment following a diagnosis of autism.

But followers noticed that in late 2019 and early 2020, Huxley stopped appearing in the videos.

On Tuesday, the couple posted an update in which they explained Huxley had been given permanently to another family for the sake of his “emotional well-being”.

The adoption agency had not given them the full picture about Huxley’s health, they said, and doctors in the US said he now needed “a different fit in his medical needs”.

“I can’t explain the amount of effort Myka has put into helping Huxley,” Mr Stauffer added.

Some who have followed the story for a while commented with messages of support. “I respect you so much for having the courage to make such a heartbreaking and hard decision,” one wrote.

But others accused the couple of “getting rid” of Huxley after making money from his experiences.

Others expressed sympathy for him. “Although I am sure this is hard for all involved, it does not even compare to the loss this child has endured,” one wrote.

The incident has again raised the issue of international adoptions whereby parents give up care of the children after a period of time, several people commented.