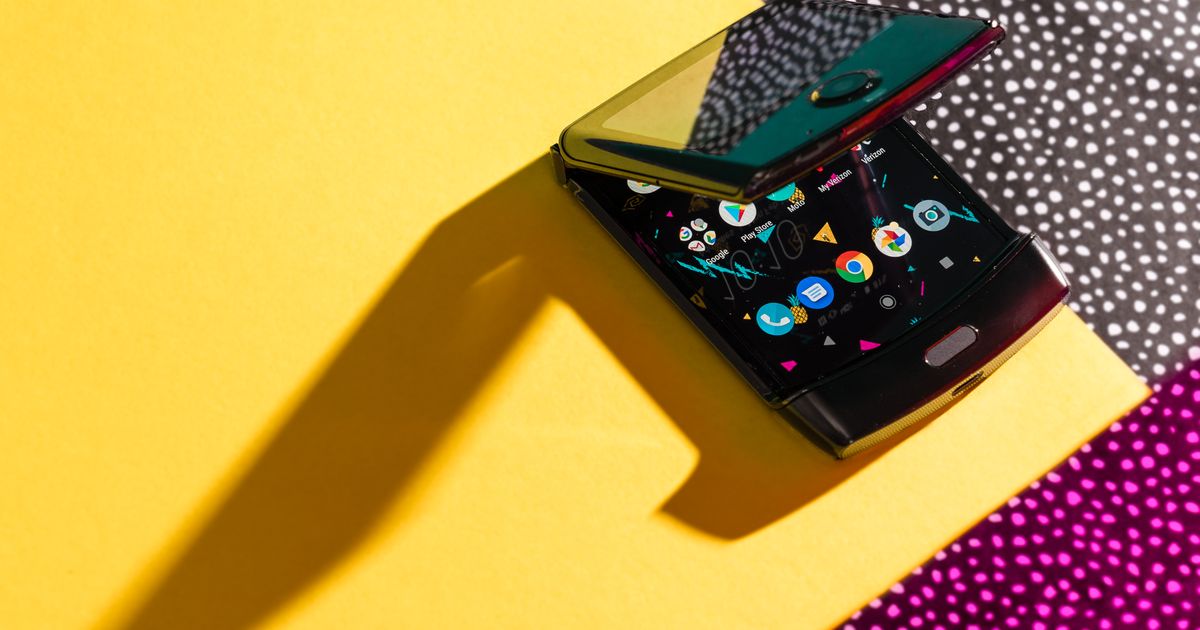 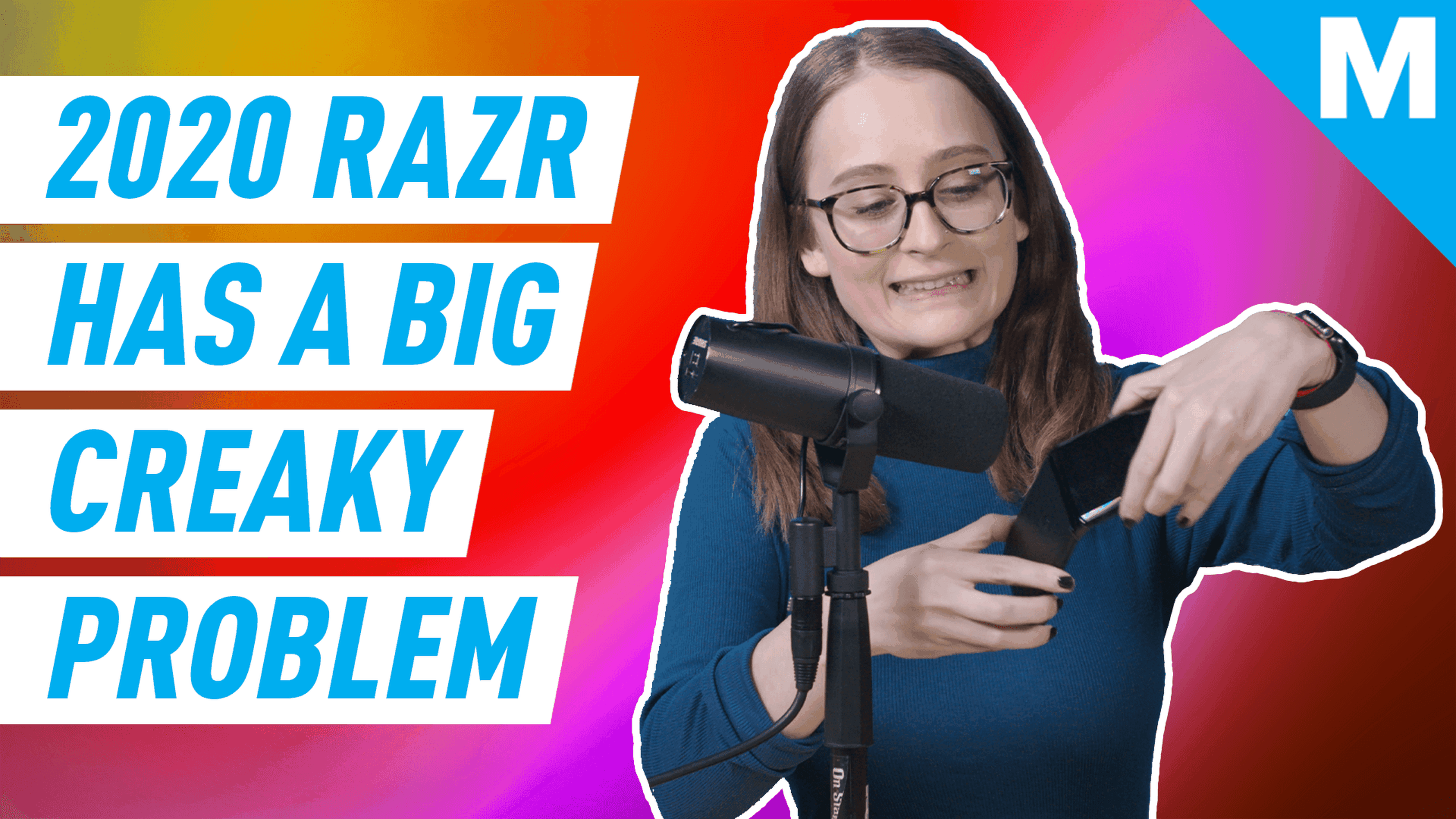 The Motorola Razr had a lot to live up to, but unfortunately, nostalgia can’t save this mess of a foldable phone.

After a weekend with the Motorola Razr, I wasn’t very impressed. But I figured I was being too harsh, given my very short amount of time with it.

Almost two full weeks later, I can confirm it’s a total mess — and there is no way in hell anyone should spent $1,500 on it.

The hinge is embarrassingly loud. The plastic display can’t get too hot or too cold (more on that later). And both the camera and battery life are just awful. I’m actually offended this is what I’m going to associate the Razr with for years to come.

The night of Valentine’s Day, I left the phone to charge on my nightstand. Since I have an AC unit installed, there’s always some cold air that comes through cracks around the window. And, it being winter in New York, the air was particularly chilly that night. As in 18 degrees Fahrenheit.

I don’t have a radiator in my room (I still love you NYC), so I normally leave my space heater on while I’m awake. Because I’m terrified to set my room on fire, I turn it off as soon as I’m about to fall asleep. Then, I’ll turn it back on in the early morning to heat up the room while I doze off for a couple more hours.

That means the temperature in my room goes from hot to cold back to hot.

Why is this important information? Well, reader, you’re about to find out.

The morning after Valentine’s Day, I unplugged the Razr from the charger and flipped it open only to hear a horrifying crunching noise.

Close your eyes and imagine someone stepping on plastic with their shoe. Yeah, that’s what I hear every time I unfold this phone.

Seeing as how Valentine’s Day was brutally colder than the days before, the culprit seems to be the dramatic temperature change in my room.

The next day, Input Senior Reviews Editor Ray Wong published a story on how the display on his Razr was actually peeling and breaking. And what did he think caused this tragedy? Temperature change.

Coincidence? I think not.

Sure, my display isn’t peeling and my Razr isn’t broken but it sounds like something is happening underneath the plastic. And whatever it is, it isn’t good.

And while I’m currently in contact with Motorola to figure out why this is happening, it really shouldn’t be a thing in the first place.

A loud hinge and a cheap plastic display

On the inside, the Razr comes with a 6.2-inch “FlexView” OLED HD screen. It’s responsive and bright. And yes, there is an unfortunate crease that is very noticeable and a bit distracting in the light.

Even when I forget it was there, I could easily feel it whenever I scrolled through social media or pulled down on menus.

And, after using Samsung‘s Z Flip, which uses an “Ultra Thin Glass” display (along with a layer of plastic), I truly never want to use a foldable phone with a plastic display ever again. Glass just feels so much more satisfying and high end.

Sleek design, but so heavy

On the outside, the Razr looks really sleek. As mentioned in my previous write-up, the clamshell form factor makes it really easy to carry around in a pocket or handbag.

The size, both folded and unfolded, is also great for my small hands. Its width makes it comfortable to type one-handed and scroll through social media.

I also appreciate the plastic back, which makes it easy to grip. Aside from the fact that it’s really expensive, it’s also really heavy at 7.5 ounces. In comparison, the iPhone 11 Pro is 6.3 ounces, and I complain about how heavy that phone is all the time.

The Razr also has 2.7-inch Quick View external display on the front. And, while I was a fan of it in the beginning, I found it to be annoying after a while. It gave me anxiety to constantly see notification icons constantly appear when the phone was shut.

While the 1.1-inch cover display on the Galaxy Z Flip is small, it hides the notifications after they first appear. So, unless you swipe to the right, all you see is the time.

Having used both, I definitely prefer the Z Flip. While you can use it to send quick replies or scroll through alerts, I never really used it other than to clear the notifications.

The Razr comes with a Qualcomm Snapdragon 710 processor (which is what you’ll find on most mid-range Android phones) and it runs Android 9 Pie. I didn’t have any issues in terms of performance. Apps loaded quickly and I didn’t encounter any lag when scrolling.

It also comes with Motorola’s Moto Actions, so you can take advantage of shortcuts like quick capture, which opens the camera when you twist the phone, or three finger screenshot, which takes a screenshot when you touch the display with three fingertips.

In terms of memory, the Razr only comes in one configuration: 6GB with 128GB of internal storage. There’s also no expandable storage slot. And as far as ports go, it only comes with one USB-C port on the bottom.

As for battery life, the phone packs a 2,510mAh battery. Over the weekend, I managed to squeeze about 12 hours out of the phone. I attributed it to the fact that I barely used it other than to answer texts and scroll through Instagram.

But it doesn’t fare too well on busy weekdays. It was consistent, though. Each day I would take it off the charger at about 7:30 a.m. and proceed to use it to stream podcasts on Spotify. Throughout the work day, I used it to listen to music, answer emails or Slack messages, and occasionally scroll through social media. By the time 2:30 or 3 pm would roll around, I’d already be down to about 20 percent.

Essentially, I was really only able to squeeze about seven hours out of the phone before having to plug it back into the charger.

A budget camera on an expensive phone

The Razr comes with a 16-megapixel camera sensor on the front that acts as your rear camera. On the inside is a 5-megapixel selfie camera. Those are camera specs you’d literally find on a phone that would cost you around $200.

It’s also a bummer considering the $1,380 Z Flip uses the same sensors you’d find on last year’s flagship phones like the Galaxy S10 and Note 10. For $1,500, Motorola could’ve splurged on at least one aspect of this phone.

Also, the shutter button feels so slow. And with the amount of image processing this phone does, you’re never really sure what you’re going to get after you take a photo.

In photos taken in broad daylight, the photos are pretty mediocre. The colors in both buildings look dull and washed out. But I can confirm they’re a lot brighter in person.

Like the buildings, the pizza in the photo looks just as bland. While the brighter colors like the red in the sauce and pepperoni or the green in the garnish pop, they look really over saturated.

I was, however, pleasantly surprised with the photo of the cupcake on the right. It might be because a marble overlay makes any photo look great, but the cupcake looks appetizing and the colors aren’t completely off.

Now, let’s talk about Night Vision because it’s really bad. Images came out super blurry even though I can confirm my hand was very stable while taking the shots. The one on the right just looks really creepy.

Photos taken outside aren’t any better. While the colors are really defined and punchy, you can easily tell the shots were taken on a low-resolution camera.

I preferred to take selfies using the rear camera, since the sensors are better. It’s also a lot easier since all you have to do is shake the phone to trigger the camera. The photo on the left (below), isn’t terrible, but again, it looks a little washed out.

And, while it’s tough to criticize a camera for being too detailed, this thing really shows off all my pores. I didn’t mind portrait mode though (on the right), which really captured all my friend’s features in a way that looks authentic.

But, it’s not enough to make up for the fact that I wouldn’t be comfortable relying on the Razr to take photos on a daily basis. So, if high quality-images are important to you, this phone is probably out of the question.

In my original story, I said I couldn’t give a straight answer when someone asked me how the Razr was. But that has changed since then.

My final answer is: no, you should not buy this phone.

Sure, what happened to my display could be an anomaly. But even without the crunching display, there are still so many things you’re settling for: an unreliable camera, mediocre battery life, a creaky hinge, and a build that might not even last you an entire year.

And all for what? The nostalgia is certainly not worth $1,500 in this case. To be completely honest, I’ll take the original Razr over this one any day. Even in 2020.

Thank you, next, Motorola.