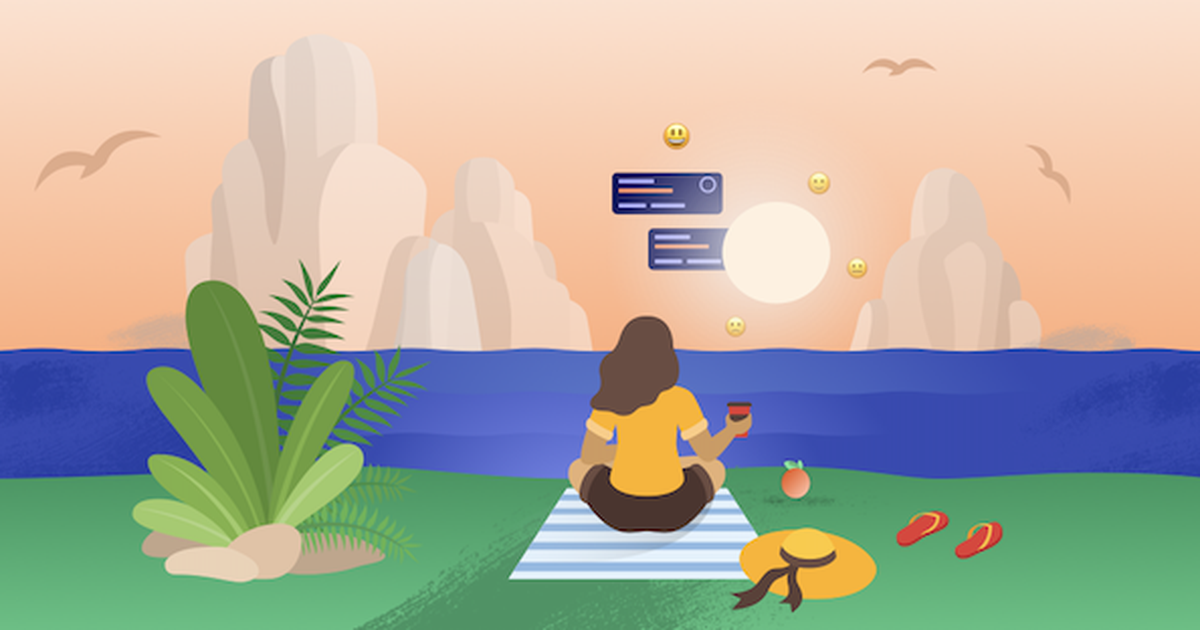 No Android version • Could use more premium features

Tangerine combines the advantages of habit tracking apps and mood tracking apps for a unique and insightful way to analyze your routines.

I don’t really believe it’s possible for a self-care app to change your life. Health — both mental and physical — can’t be boiled down to tracking patterns and checking off boxes. That’s only part of the equation. So I was never going to agree with the fundamental premise of Tangerine, a mood and habit tracking app launched in January that aims to help users “take back control” of their lives.

I do think, however, that there’s clear power in recognizing how your lifestyle makes you feel — the difference between getting six and eight hours of sleep, for instance, or the clearheadedness after 30 minutes of morning exercise. That’s where Tangerine comes in handy: It helps you figure out how to make your days feel better without being overbearing or obtrusive.

How to enter data

You can also set specific times of the day to achieve each goal. That seemed like a little much for me, but I did elect to set push notifications to serve as reminders. This isn’t required (and for those of us who hate push notifications, it might not be valuable) but it did help me remember what I was supposed to be doing in the first place.

Then, at the end of each day, you log the day’s overall mood by choosing an emoji. (Don’t worry; there is an impressive range.) You’re also prompted to cite which part of the day — work, sleep, relationships, family, friends, etc. — made you feel that way. A field for typed notes is also available should you want to get super specific.

Tangerine’s big draw is that it combines these two functions, connecting how you’re feeling to what you did that day. The app tracks how frequently you log each emotion, and after a few days is able to tell you which areas of life (based on the data you’ve entered, at least) have the biggest impact on your mood.

According to my data, the most emotionally impactful areas of my life were work and dating. This wasn’t at all a surprise, but it was still reassuring to see the patterns I already suspected propped up by numbers. Often I’m inclined to say that upsetting events, especially small ones, “aren’t a big deal” even when I know they are. Tangerine helped me to admit that the little stuff I’m not “supposed” to sweat can actually have an impact on my mental health, which made it feel easier and more possible to implement small, impactful lifestyle changes.

Tangerine’s big draw is that it connects how you’re feeling to what you did that day.

No, I wasn’t going to revamp my entire brain using a habit tracker. Brain shit is more complicated than that. But paying attention to how my emotions and habits interact wasn’t going to hurt, either.

This double function — a mood log and a habit tracker — is by design. Pedro Marques, who founded the app along with Raphael Cruzeiro, explained over email that Tangerine arose from his own struggle to maintain the habits he wanted.

“I was struggling with (properly) learning to code, studying German (I live in Munich) and picking up meditation (at the time I had tried 3 times and always gave up on the second week),”Marques said. “I felt super frustrated every time I couldn’t accomplish what I wanted to accomplish and realized that this was also impacting how I was feeling. Therefore, it was not only a matter of tracking/forming habits, but really understanding that not having an organized routine would usually make me feel under the weather.”

Tangerine is thus designed to combine the benefits of mood tracking with the benefits of habit tracking. The two aren’t correlated 1:1 — you aren’t guaranteed a happy day if you go for a run, of course — but they may be connected, and seeing that correlation in graph form could help you reach a realization similar to Marques’s.

Function is only part of the equation, of course. Fortunately, Tangerine’s design is polished, pretty, and easy to use, and benefits from incredibly clear navigation. The app is aesthetically pleasing without veering into the overly trendy, a quality I appreciate in the age of commodified wellness. It also looks nice in dark mode, which is a must. I will never return to light mode as long as I live.

The app is in its early stages, which means that several anticipated features haven’t arrived yet. Eventually, Marques and Cruzeiro want to integrate Tangerine with Apple’s Health app, allowing it to provide insights based on, for example, sleep data. “We are already able to generate insights such as ‘When your days were awesome, you completed x habits per day on average,'” he explained. The Health integration, however, will add data that’s not dependent on self-perception: “We’ll be able to let our users know things such as ‘When your days were awesome at work and you went to the gym, you slept better,'” he said.

At the moment, Tangerine is bootstrapped, which means it has not raised outside funding. For $4.99 per month or $29.99 per year, you can upgrade to a premium version, which includes unlimited habits (the free app is limited to 5), unlimited reminders per habit, insights and stats, the ability to add photos to notes, and iCloud backup. If you’re planning to use the app casually, the free version is perfectly fine. For users looking for a real focus on insights, though, the upgrade is worth it.

Crucially, Tangerine is still incredibly new, which means it has lots of room to grow. Both an Android app and an Apple Watch app are in the making, and the founders hope to roll out even more premium features soon. In the meantime, though, iOS users should give the free version a try for a few days. Tangerine won’t make you a new person, but it might help you finally cement a new routine.