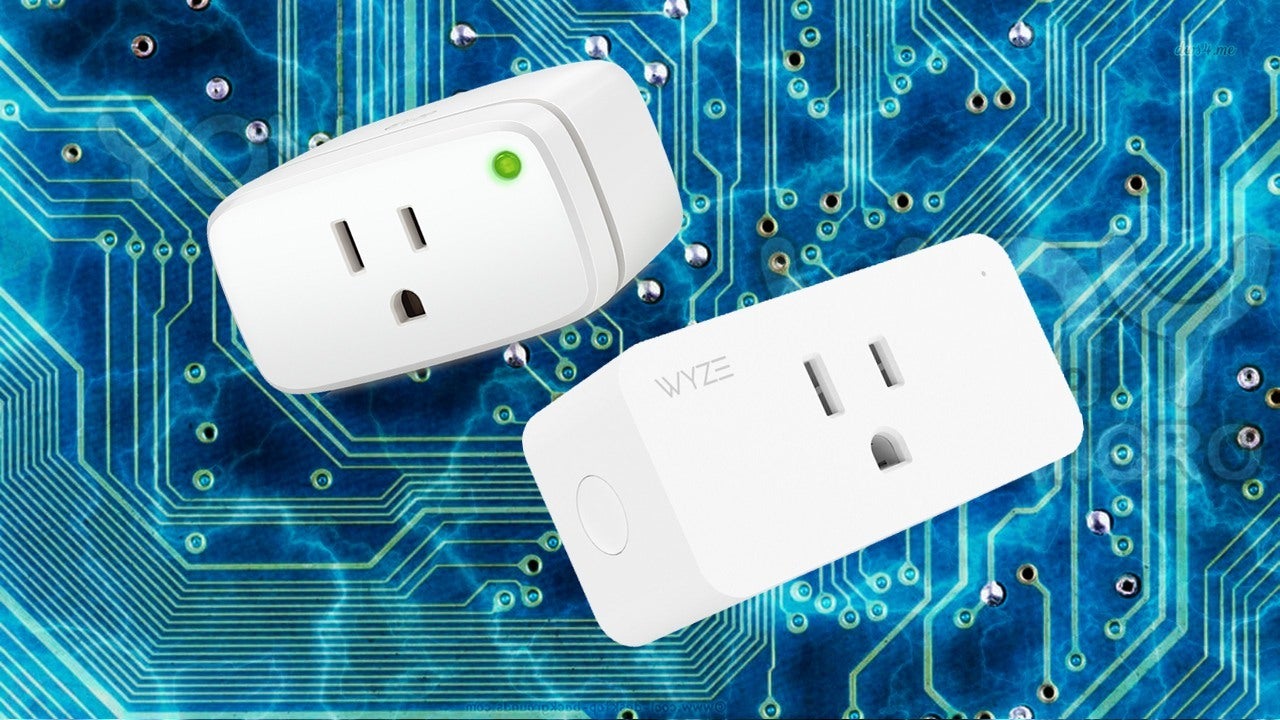 For something so simple, electricity sure can be stressful. Did you switch the iron off before you left the house? Why is the electric bill for the month so high, and who’s the culprit? And did you leave a light on when you left for vacation?Thanks to the advent of the smart plug, all of these problems have been solved. You can now turn outlets off and on from the other side of the world, schedule appliances to come alive at certain times of the day, and see what’s causing you to rack up a huge bill each month.

But not all smart plugs are born equal. These are our top picks right now.

TL;DR – These are the Best Smart Plugs:

On balance, we think TP-Link’s Smart Plug Mini is the best smart plug money can buy right now. First of all, it costs just $17. Second, despite its large and rambling name, the plug itself is tiny, measuring just 1.5 x 1.6 x 2.6 inches. We can safely say we haven’t had any issues with it blocking other outlets, a problem that plagues some smart plugs.

It’s brilliant at the smart plug basics such as letting you turn it on/off when you’re out of the home, while the app will let you set schedules to custom times and days. Speaking of the app, if you have other TP-Link products you can add them into various automations. And there’s also support for Alexa and Google Assistant, both of which will let you use the plug as part of their respective scenes and routines.

The downsides? It doesn’t have HomeKit support, and you don’t get energy tracking either. But unless either of those things matter to you, there isn’t a smart plug we rate more highly.

Founded by ex-Amazon employees, Wyze’s USP is smart home products that compete with rivals on specs but undercut on price. The Wyze Smart Plug is a perfect example of that, costing $14.99 for a pack of two – the quick mathematicians amongst you will already know that works out at $7.50 a plug.

However, you can’t actually buy them individually, but it’s still the cheapest smart plug on our list. And yet, the Wyze offers many of the same features of pricier competitors. Remote control? Check. Scheduling? Of course. Alexa and Google Assistant support? You bet.

We also like the vacation mode, which can turn plug on and off at random times to give the impression you’re at home.

There’s no energy monitoring and no HomeKit (Wyze has been working on bringing HomeKit support to its products, but don’t hold your breath). Wyze’s smart plug offers the basics for an incredibly affordable price.

If you worship at the altar of Alexa, consider Amazon’s own-brand smart plug: it’s cheap, it’s small, and it seamlessly slips into any Alexa smart home. However, Alexa doesn’t actually live inside the plug the way it lives inside your Echo smart speaker; you’ll need an Alexa speaker of some sort to control it (or just use Alexa on your phone).

Being built by Amazon, setup is a breeze. You’ll actually get prompt in the Alexa app when it detects the plug is nearby – even your grandad can figure it out. Once set up, you’ll get scheduling, remote control, and the ability to embed the plug in any of your Alexa scenes and routines.

There’s no energy tracking, and feature-to-feature the Amazon Smart Plug doesn’t have any major advantages, but if you’re already living in an Alexa home it offers the simplest setup and utmost reliability.

One of the drawbacks of HomeKit is there are still very few devices that actually support it, and the dearth of HomeKit-compatible smart plugs illustrates that exact problem. But of the small handful of compatible options, the Eve Energy is a great pick.

Better yet, it offers some great energy saving features which break down your energy usage over time so you can see the periods of day that are costing you the most.

However, it only works with HomeKit – if you want an Alexa/Google Assistant plug with energy saving, skip to the ConnectSense below.

The ConnectSense doesn’t come cheap, but the high price of entry gets you two outlets in one (rather hulking) smart plug. It also gets you HomeKit, Alexa, and Google Assistant compatibility, making it one of the very few options to support all three platforms. No IFTTT though, sorry.

Yes, it’s a big old brick, designed to cover a standard American two-outlet block; but the ConnectSense ticks most of the feature boxes including energy monitoring, though it only gives you an average of watts. The Eve Energy and Belkin Wemo Insight do this feature a lot better.

While it is huge, the ConnectSense also offers a USB port on its side – handy for juicing up your phone when the other outlets are in use.

Similar to the ConnectSense Outlet 2, the Wemo Mini works with HomeKit, Alexa, Google Assistant, and even IFTTT (If This Then That). But it’s far more compact (the clue’s in the name) and costs half the price of the ConnectSense.

You don’t get energy monitoring features, but there’s scheduling, remote controlling, and a vacation mode that will switch the plug on and off at random times. There’s also a physical button so you can switch the plug off/on manually.

We wish the app were better, but if you’re running any of the aforementioned platforms you can control it with those instead. For homes running multiple assistants, this is a great pick.

The Wemo Insight is a slightly bigger version of the Mini above, offering the same range of features, but with the addition of energy monitoring.

We’ve included it on our list simply because we love the way the energy monitoring is presented in the app, not only serving up averages of watts and hours/minutes, but crucially telling you how many dollars and cents each device is costing you.

The biggest drawback of the Insight is its size; it’s big enough to block adjacent outlets, which can be annoying. The app design could also be better, in our opinion.

What to look for in a smart plug

Most smart plugs come with a companion app that opens up the various features, but if you’re already running at least one smart home platform – Alexa, Google Assistant, Samsung SmartThings, HomeKit – then you’ll want to make sure any smart plug you buy is compatible. Otherwise you’ll be juggling multiple apps, and nobody wants that.

We’ve tried to provide a variety of options above so you can find one that works with your setup. If you’ve not yet pledged allegiance to a smart home platform – perhaps you’re only just dipping in a toe – then our advice is to choose a smart plug that’s flexible with different assistants.

Scheduling and other automations

You’ve bought a smart plug, you want features, right? Of course you do. But not all smart plugs work the same way. These days, remote control and scheduling are considered table stakes, but features such as vacation mode aren’t guaranteed.

And think about how you want to integrate them with your other smart home gadgets. Some apps will let you build helpful automations across the company’s range of products, but you may instead prefer to rely on Alexa, Google Assistant etc for your routines.

Energy monitoring is a rarer feature, but once you’ve got it you won’t look back. We all want to do our bit for the environment of course, but let’s be honest, we mostly want to save a few bucks. Energy monitoring can help you save money by providing insight into how many watts you’re sucking throughout the day.

But keep in mind that this feature is more detailed in some plugs than others. The Eve Energy provides some nice graphs, for example, while the ConnectSense Outlet2 just gives you an average.