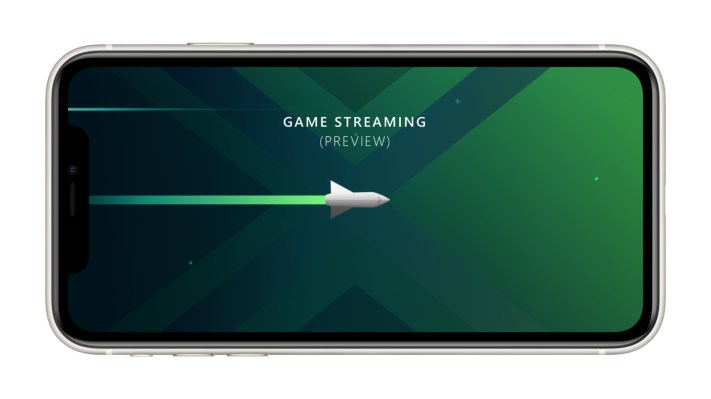 Last year, Microsoft launched a preview of Project xCloud, its ambitious game streaming service that aims to deliver games to any screen — console, PC or mobile. However, the service until now has only been available to mobile users on Android. Today, that changes as Microsoft is bringing the Project xCloud preview to iOS devices by way of Apple’s TestFlight program.

Microsoft had been testing xCloud on iOS internally, but had yet to open it up to the public.

That won’t likely be enough spots to meet demand, Microsoft admits, and says invitations will be distributed on a first-come, first-serve basis. To work around the limitation, Microsoft plans to boot out some early testers to make room for new testers during the course of the public beta.

“Those who are accepted into the iOS TestFlight preview may not necessarily participate for the full duration of the preview,” the company explains via blog post. “As noted earlier, there are limited spaces available, so for testing purposes we may need to cycle through registrants in order to best utilize the available testing audience. This also means that even if you miss out on the initial allocation, you might receive an invitation to participate later in the preview,” it says.

The iOS preview will also be limited to only one game: “Halo: The Master Chief Collection.” In addition, this particular test won’t include the preview of Xbox Console Streaming as the Android test currently does.

To qualify, testers will need a Microsoft account associated with their Xbox gamertag; an iPhone or iPad running iOS 13.0 or higher and Bluetooth v. 4.0; a Bluetooth-enabled Xbox Once Wireless Controller; access to Wi-Fi or a mobile data connection that supports 10 Mbps-down bandwidth; and, optionally, a third-party controller mount for phone-based games (like this one).

The move to bring console-quality games to smartphones represents a shift in Microsoft’s gaming strategy. The company understands that it can only sell so many consoles, for starters, but mobile phones are everywhere. In addition, people today want to play games on any available screen — not just the big TV screen at home. And for some users, mobile is their only screen.

Meanwhile, cross-platform gaming is becoming increasingly popular, thanks to titles like Fortnite, Minecraft, Roblox, PUBG and others, which proved that mobile experiences can match consoles.

Project xCloud aims to make it easier for developers to build games that work everywhere. This is no small task, as it required Microsoft to architect a new customizable blade that hosts the component parts of multiple Xbox One consoles, as well as the associated infrastructure needed to support it. It also needs to ensure the technology can deliver games at console speeds with low latency, so mobile users don’t feel like they’re getting a second-rate experience.

Instructions on how to join the TestFlight are available here.