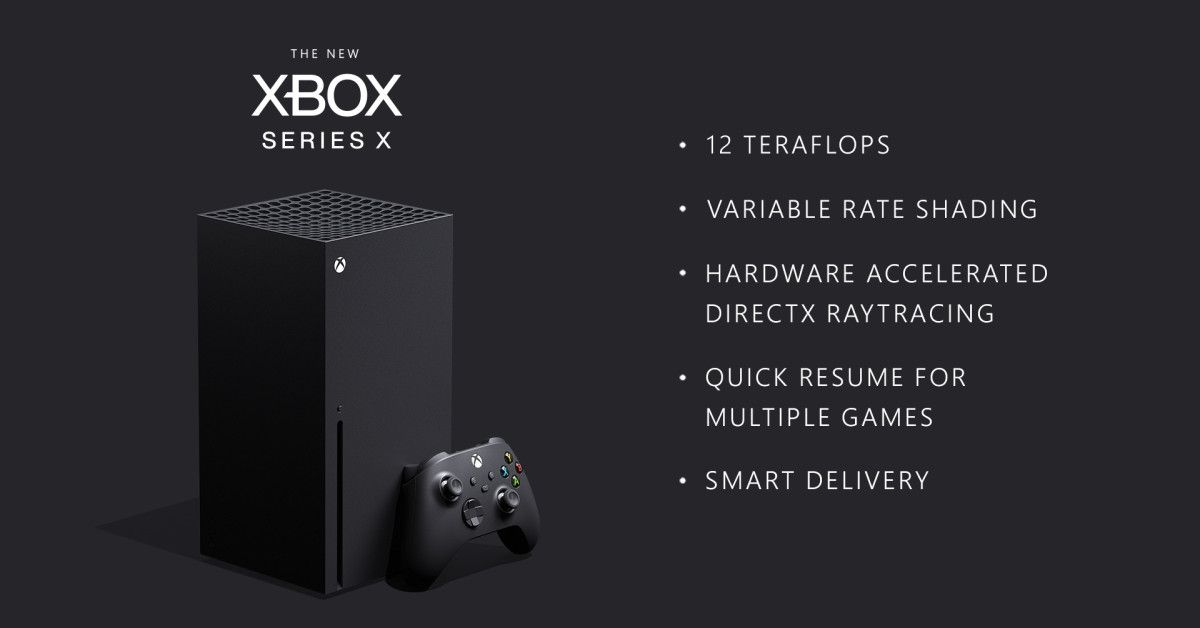 Microsoft is revealing more specifications about its next-generation Xbox Series X hardware today. The biggest new confirmation is that the Xbox Series X will include 12 teraflops of GPU performance, which is twice what’s available in the Xbox One X and eight times the original Xbox One. This type of performance puts the Xbox Series X beyond most mid-range graphics cards from AMD and Nvidia, and it’s an impressive jump for a game console. It certainly shows that the next-gen Xbox and PS5 are going to go far beyond the Xbox One X and PlayStation 4 Pro.

Microsoft has previously revealed hardware-accelerated DirectX ray tracing and variable rate shading (VRS), and the company says it has patented its own form of VRS. “Rather than spending GPU cycles uniformly to every single pixel on the screen, [developers] can prioritize individual effects on specific game characters or important environmental objects,” explains Spencer. “This technique results in more stable frame rates and higher resolution, with no impact on the final image quality.”

The Xbox Series X will include a custom-designed CPU based on AMD’s Zen 2 and Radeon RDNA 2 architecture. Microsoft is also using an NVMe SSD on the Xbox Series X, which promises to boost load times and “nearly every aspect of playing games is improved,” according to Spencer.

Xbox Series X will also support 8K gaming and frame rates of up to 120fps in games. Microsoft says it has partnered with the HDMI forum and TV manufacturers to enable Auto Low Latency Mode (ALLM) and Variable Refresh Rate (VRR) on the Series X as part of its HDMI 2.1 support. This should reduce input lag and smooth out visuals in games on TVs.

Alongside the hardware specs, the next-gen Xbox Series X is also set to feature a “quick resume” feature. Microsoft used a similar feature on the Xbox One to resume games, but it’s now promising to let Xbox Series X owners resume multiple games from a suspended state. That will be a big improvement for switching between games or when you resume from standby.

Microsoft is also fully supporting backward compatibility on the Xbox Series X, including original Xbox and Xbox 360 games. The Xbox maker is also branding its future Xbox Game Studios as “Smart Delivery,” meaning you can play the games on the Xbox One or Xbox Series X consoles. Third-party publishers will also be able to brand their games in a similar way so consumers know how they’ll work for the next-gen of consoles.

Microsoft is promising to share “share more details about the new Xbox with you in the coming months,” as the company approaches key dates like the Game Developers Conference next month and E3 in June. We’re still waiting to hear more information on pricing, exact availability, next-gen launch titles, and whether a second, cheaper next-gen Xbox is coming in 2020.