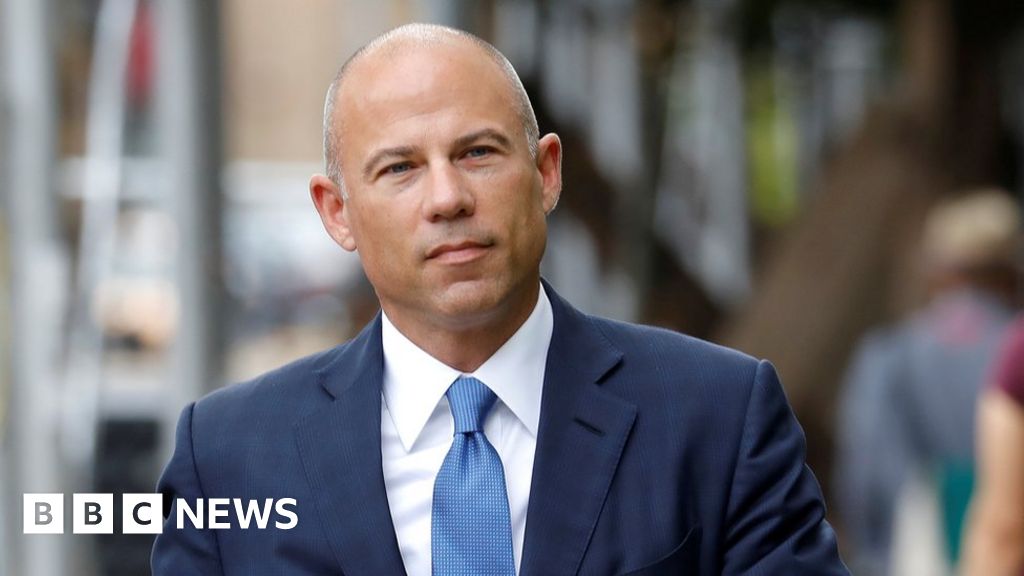 Mr Avenatti is charged with attempting to extort millions of dollars from Nike. He has pleaded not guilty.

His lawyers are now demanding that he be transferred from the high security cell to a normal one ahead of his trial which could start next week.

He served as lawyer for adult film star Stormy Daniels.

She attempted to sue the president to get out of a non-disclosure agreement she signed before the 2016 election.

Mr Avenatti was denied bail after prosecutors in California said he violated bail conditions in a separate criminal case.

His lawyers claim he is in solitary confinement and under 24-hour lockdown in the Metropolitan Correctional Centre in Manhattan.

“The temperature in his cell feels like it is in the mid-40s [Fahrenheit]. He is forced to sleep with three blankets. Not surprisingly, he has been having great difficulty functioning,” a letter sent on Monday from his lawyers to the district judge said.

They also said when visiting Mr Avenatti for a non-contact legal visit, it was difficult for him to review papers relating to his case as the glass partition had no window through which they could be passed. His lawyers had to ask prison staff to hand the documents to him.

On Tuesday, the prison’s warden said Mr Avenatti would be allowed to make phone calls and keep legal materials in his cell.

“Due to Mr Avenatti’s high profile case, his notoriety, Mr Avenatti’s placement is for his own safety,” the warden said in an email to the district judge.

The warden denied Mr Avenatti had been placed under “special administrative measures”.

Aside from the Nike trial, the lawyer has two other cases pending. One charges that he defrauded Stormy Daniels, allegedly taking money from her book deal, while another case in California alleges financial dishonesty in his dealings with clients.