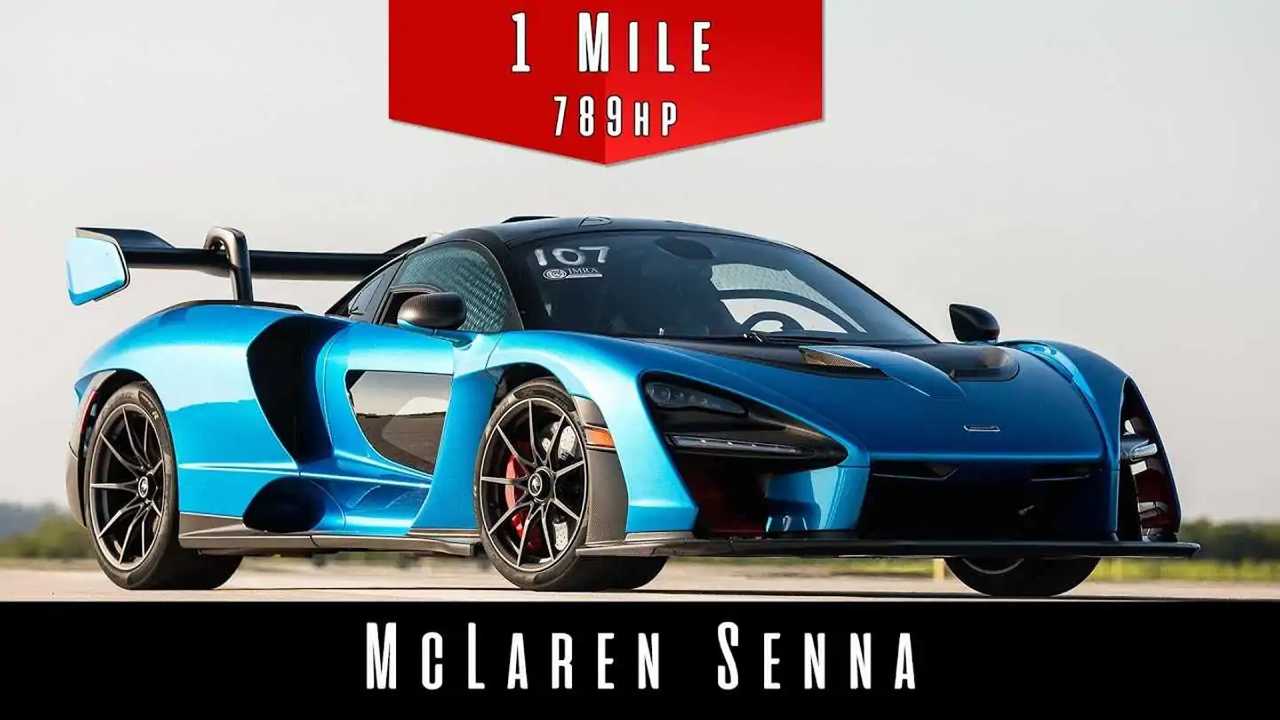 We don’t see the McLaren Senna nearly enough in real life. By that, we mean in our actual lives but also in videos like this where the car is doing what it was built to do. Johnny Bohmer Proving Grounds has a new clip showing the Senna tackling the Space Shuttle runway in Florida, and if it seems familiar, it’s because we featured the same car at the same place last year. In fact, this run was done at the same time, but whereas the earlier clip showed a top-speed pass on the 2.3-mile version of the runway, this is a single-mile sprint.

The Senna makes short work of the mile, too. Often times we see cars launch relatively easy, with full throttle coming closer to 100 mph. The Senna clearly has launch control active, and the telemetry shows the car pulls 1.1g on launch. That’s not bad at all considering the Senna is on street tires, and the runway doesn’t have a sticky prepped surface as you’ll find at a drag strip.

100 mph is reached in five seconds, and 150 mph follows just five seconds later. Acceleration notably drops after 160 mph though, despite the Senna’s 789-horsepower (588-kilowatt) 4.0-liter twin-turbo V8 and light 2,850-pound weight. We see 188 mph briefly on the speed readout, but the official trap speed at the mile-mark is 187.28 mph.

That’s not slow by any means, but it’s not the quickest sprint we’ve seen at the runway. A modified Nissan GT-R reached 215 mph last August, though admittedly it had 1,100 horsepower. A stock Ford GT also took the one-mile challenge and it reached 182 mph – nearly as fast as the Senna despite having just 647 horsepower. For that matter, we’ve seen a stock McLaren 720S hit 215 mph flat-out on the runway, whereas the Senna only managed 208 in its previous top-speed trip.

Of course, there’s absolutely nothing wrong with the Senna. The massive wing and aero package that makes this machine a corner-carving diety exact a toll on straight-line speed, but again, 187 mph in a single mile isn’t slow. Perhaps the best part of this clip, however, is the jet-like whine the Senna makes as it blasts down the runway. It’s a very fitting sound for such a location.