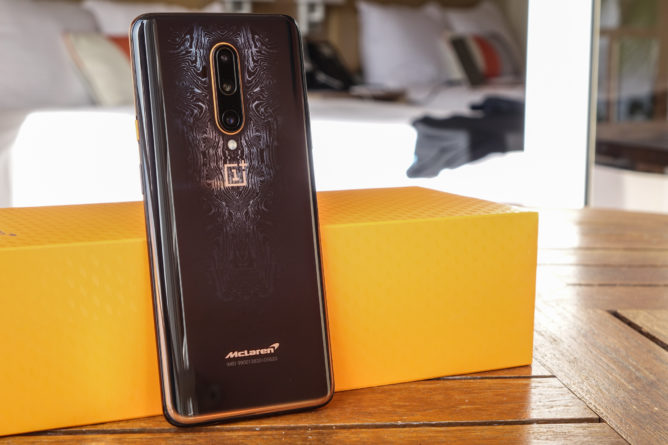 OnePlus disappeared from McLaren Racing’s list of official partners last week, and today McLaren has confirmed that its partnership with OnePlus is reaching its “scheduled conclusion.” This nearly silent change seemingly marks the end of an association between the two companies that stretches back to 2018.

Previously, OnePlus used the McLaren name for the very zoomiest of its high-end phones, like the 6T McLaren Edition and 7T Pro McLaren 5G, giving them a snazzier design and additional features like more RAM or 5G support. Even the wild Concept One we saw back at CES, featuring a photochromic glass camera cover and a clearly McLaren-influenced papaya orange leather back, was designed and branded in partnership with McLaren.

McLaren almost has equal screen time in this Concept One video.

We reached out to OnePlus to confirm if it is no longer a McLaren sponsor and a representative speaking on behalf of the company declined to comment. Following the publication of our original story, a representative from McLaren confirmed to us that its arrangement with OnePlus is over for now:

“Our partnership with OnePlus, which came to its scheduled conclusion recently, has been a highly successful collaboration between two iconic and innovative brands. Since the start of this partnership in 2018, OnePlus has been a supportive, valued partner and we wish them well and hope to see them in the future.”

For whatever reason, it looks the pair weren’t interested in renewing whatever agreement existed between them, and whatever arrangement that was has come to its scheduled conclusion. Who knows how OnePlus will be marketing its higher-end and concept devices in the future, but they’ll be free of the McLaren name.

McLaren confirms a parting of ways

Following our initial coverage, McLaren has since confirmed to us that its partnership with OnePlus has ended. We’ve updated our coverage with this information, as well as a statement from McLaren.