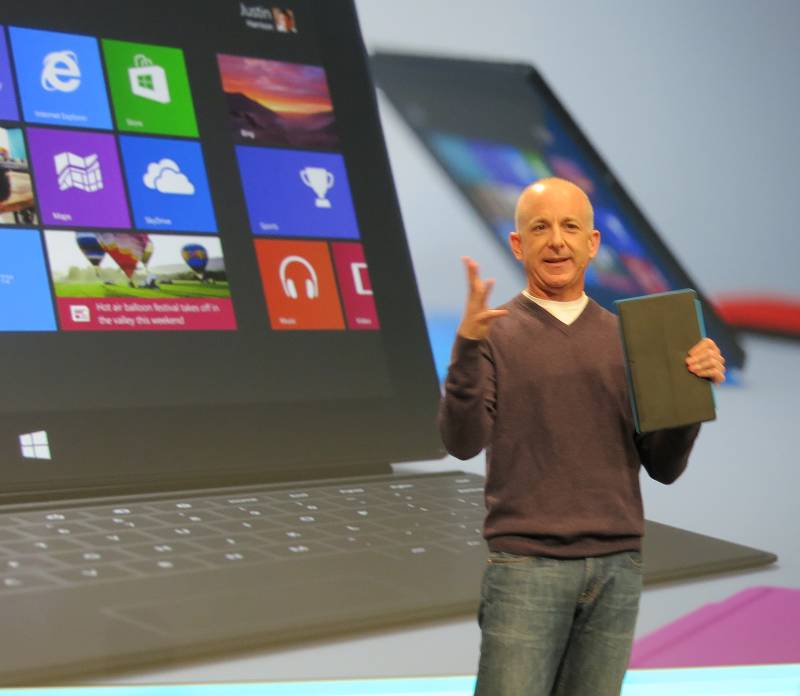 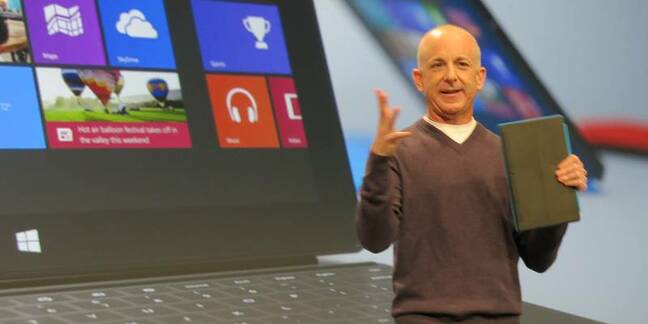 How’s that Surface working out for you, Steven?

Roundup While Microsoft’s virtual Build event rumbled its way through last week, the minions at work in the Windows mines beneath Nadella’s cloudy stronghold continued to toil.

The Windows team pushed Build 19631 to the Fast Ring of the Windows 10 Insider Program last week and, while the content was the customary bucket of meh Fast Ringers have become used to, the gang also uploaded an ARM64 VHDX for the build to allow it to be run as a guest OS in Hyper-V.

Hyper-V finally came to devices such as the Surface Pro X in Build 19559 in February, and the arrival of the VHDX will make life easier for those wishing to try the new toys – such as they are – without hosing their systems. Of course, that shiny new Surface Pro X needs to be in the Insider Program in the first place, and Microsoft cautions that nested virtualization is not supported.

Other than the VHDX, only a pair of new features made it into the build – Windows Hello now works better with 940nm wavelength cameras and Windows Sandbox WSB files are now case insensitive.

Fixes included dealing with IIS resetting to a default configuration after a new build was installed as well as an “issue impacting Remote Desktop reliability.”

Sadly, issues such as the update process hanging for extended period during installation persist. But heck, this is preview code after all.

The case of the disappearing June milestone

Also in the realm of Windows Insider emissions came an odd edit made to a Microsoft DirectX developer blog. We noted the Linux and DirectX shenanigans that occurred last week, as part of our Build coverage, and mentioned that Fast Ring Insiders could expect support for the technology to arrive when the Fast (and occasionally Furious) fans were shunted to a new development branch in June.

Thanks to a tip from an anonymous Register reader, it appears that the blog has quietly been updated and the June date excised in favour of a vaguer promise that things will happen when “the Fast ring moves back to receiving builds from RS_PRERELEASE.”

We can almost hear the Windows Insider team slapping the DirectX gang with a wet fish as, heaven forbid, a little more communication than was planned managed to seep from under the Windows 10 bathroom door.

UK customers of Microsoft’s cloudy story were given some new toys to play with last week, including Azure Bastion and Confidential Computing.

The former cuts down on exposure to the public internet by allowing users to connect to their Azure VMs without public IP addresses; the latter keeps data secured while in use and allows for scenarios such as multiple organisations combining data sets without accessing each other’s data.

Other additions include Azure Private Link, IoT Central, Azure App Configuration, Time Series Insights and Virtual Network NAT. Penguinistas also get a stroking with the Linux Consumption Plan to automatically allocate compute power while code is running and a Premium Plan to bump up performance for production apps. At a price, of course.

Finally, the Azure Bot Service has arrived to “help you connect to users via popular channels.”

Those users are bound to be overjoyed at the prospect of a UK-based chatbot blocking their way to talking to an actual human.

Former Windows boss Steven Sinofsky unveiled his new desktop PC to his army of Twitter followers over the weekend: an iPad Pro on a stick.

While some might quibble about the “PC” definition for Apple’s ferociously expensive fondleslab, we find a pleasing symmetry in Sinofsky, who gave us the unpopular full and split-screen app layout of Window 8’s touchscreen, turning to iPadOS with its occasionally infuriating approach to multitasking and slightly iffy “mouse” support.

Sinofsky went on the explain that he planned to use his new toy as a second screen for meetings and revealed that the cost of the setup was nudging $1,600. A mere snip as far as Apple fanbois are concerned.

Sinofsky spent more than two decades at Microsoft in a career that involved resurrecting Windows after the Vista fiasco with version 7 before going on to nearasdammit bury it again with Windows 8. He left Microsoft at the end of 2012.

Apple’s marketing wonks insist that “Your next computer is not a computer”, but for the former Windows boss, his next personal computer is an iPad Pro. ®