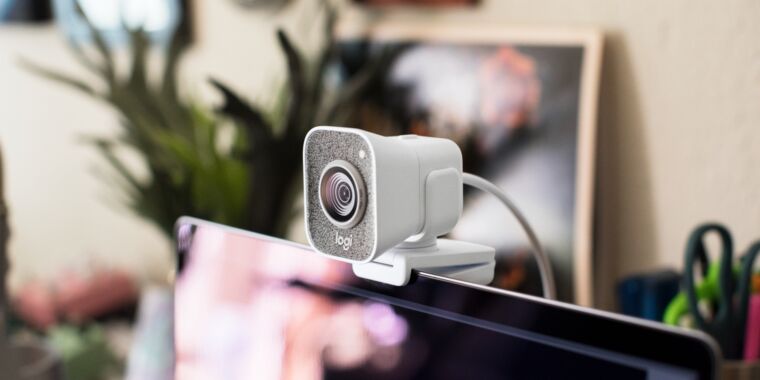 Designed for those who want to make and stream videos online.

Today, creating videos for platforms like YouTube and Twitch has few barriers to entry but many barriers to success. Logitech is hoping it can make things easier for aspiring online creators and streamers with its new StreamCam, a 1080p webcam with features like autofocus and built-in image stabilization that are tailored to online creators’ needs.

And thus, StreamCam came to be: it records 1080p video at 60fps and has autofocus capabilities. Auto-exposure compensates for poor background lighting as well as light changes to make sure that the subject of the video is never shadowed. Built-in image stabilization reduces unwanted movement for a continuously smooth shot as well.

StreamCam has a couple of mounting options: you can clasp it to the top of your monitor, the standard webcam position, or attach it to a tripod. The camera can also be rotated to shoot vertical video, a feature that creators shooting for vertical-based social media will appreciate. StreamCam also has two mics built-in for both stereo and dual-mono support, but you can also pair it with an external microphone if you prefer. The built-in mic also has a feature that can clean up audio, reducing background noise in captured footage.

The Logitech StreamCam is the company’s first USB-C only webcam, and the company chose this because it wanted to ensure a high-speed connection to any PC that it works with. The Logitech Brio camera has a USB-C port, but it comes with a USB-C to C cable as well as a USB-C to A cable, giving users a bit more flexibility in how they can use it. This limits who can use the StreamCam, but Logitech representatives said the company sees this limited compatibility as an appropriate trade-off in order to give StreamCam users a device that will always have the fastest possible connection.

While the Brio camera has been adopted by many as a streaming webcam, Logitech emphasizes that it was built for online communication like video conferencing rather than for streaming or creating video content. The Brio camera shoots in 4K as well while the StreamCam only goes up to 1080p, so some veteran streamers may forgo StreamCam’s capabilities in favor of Brio’s higher-quality video.

However, those just starting out or those who want a more convenient streaming setup will likely embrace the simplicity of Logitech StreamCam. And at $169.99, the StreamCam is a more affordable option compared to the $199 Brio. It’s also more affordable than a DSLR setup for filming online video, not to mention less technically complicated to set up.

StreamCam works with the newest version of Logitech’s Capture video-editing program, now updated from its debut last year. The biggest new feature is macOS support—previously, Capture only worked with Windows. The program now also offers a dark mode, additional scenes, text overlay options, and more. Users aren’t required to use Capture to edit their footage, but Logitech is positioning the program as an easy, entry-level editor that lets content creators have immediate control over their video. StreamCam also works with Open Broadcaster Software and XSplit, two programs often used by game streamers on Twitch and other platforms.

The Logitech StreamCam is available now on Logitech’s website for $169.99.