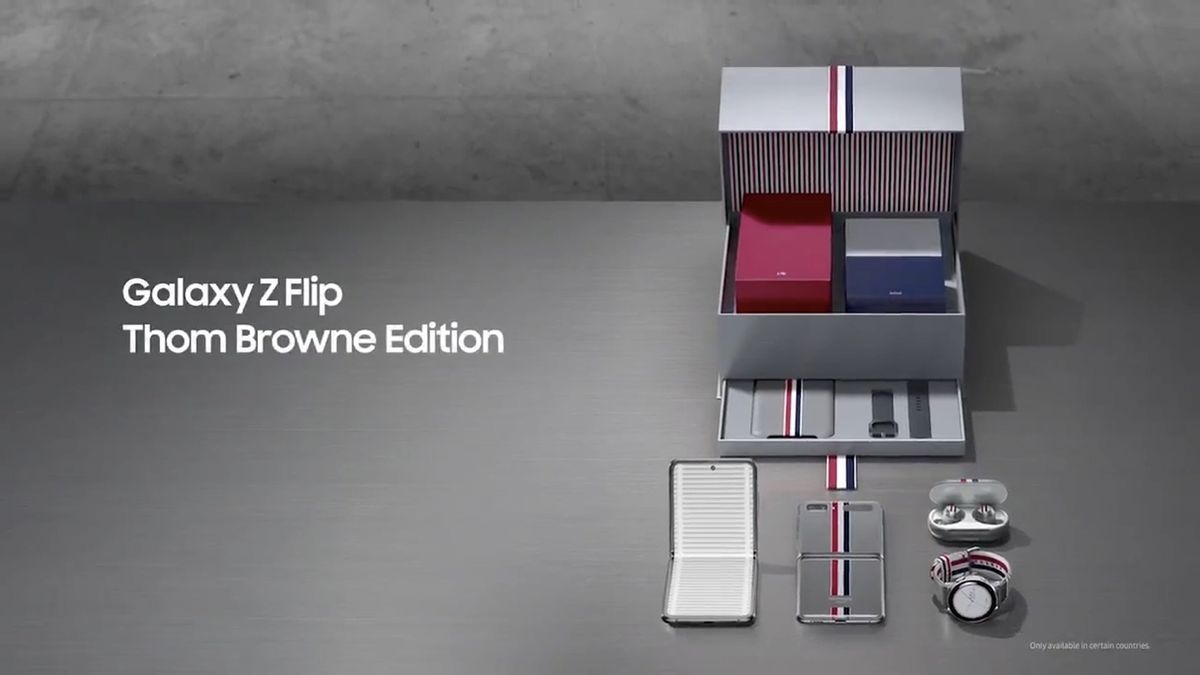 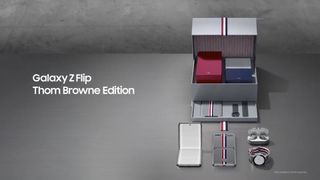 Following on from yesterday’s official reveal of the Samsung Galaxy Z Flip during the 2020 Academy Awards, a new leaked video has landed online showing off a special edition of the clamshell device by American designer Thom Browne.

Shared on Twitter by tipster Ishan Agarwal, the Thom Browne Edition bundle sports red, white and blue stripes running down the back of a silver Galaxy Z Flip body, with matching Galaxy Buds and what appears to be a Galaxy Watch Active 2 with matching band.

And the commercial where these pictures are from: pic.twitter.com/tvuMEPNxALFebruary 10, 2020

While the stripes motif is admittedly not the most out-there design ever committed to a tech device, it is somewhat striking in its simplicity – we imagine it all works especially well as an ensemble when complemented by the bundle’s additional devices.

So how much is the Samsung Galaxy Z Flip Thom Browne bundle? Unfortunately, the the leaked video doesn’t say. As for availability, small print on the first image states that the Thom Browne bundle is “only available in certain countries”, though it doesn’t specify which ones at this time.

We imagine that pricing and availability information will be announced alongside the Galaxy Z Flip itself and the flagship Galaxy S20 range at Samsung’s upcoming Unpacked 2020 event on February 11.