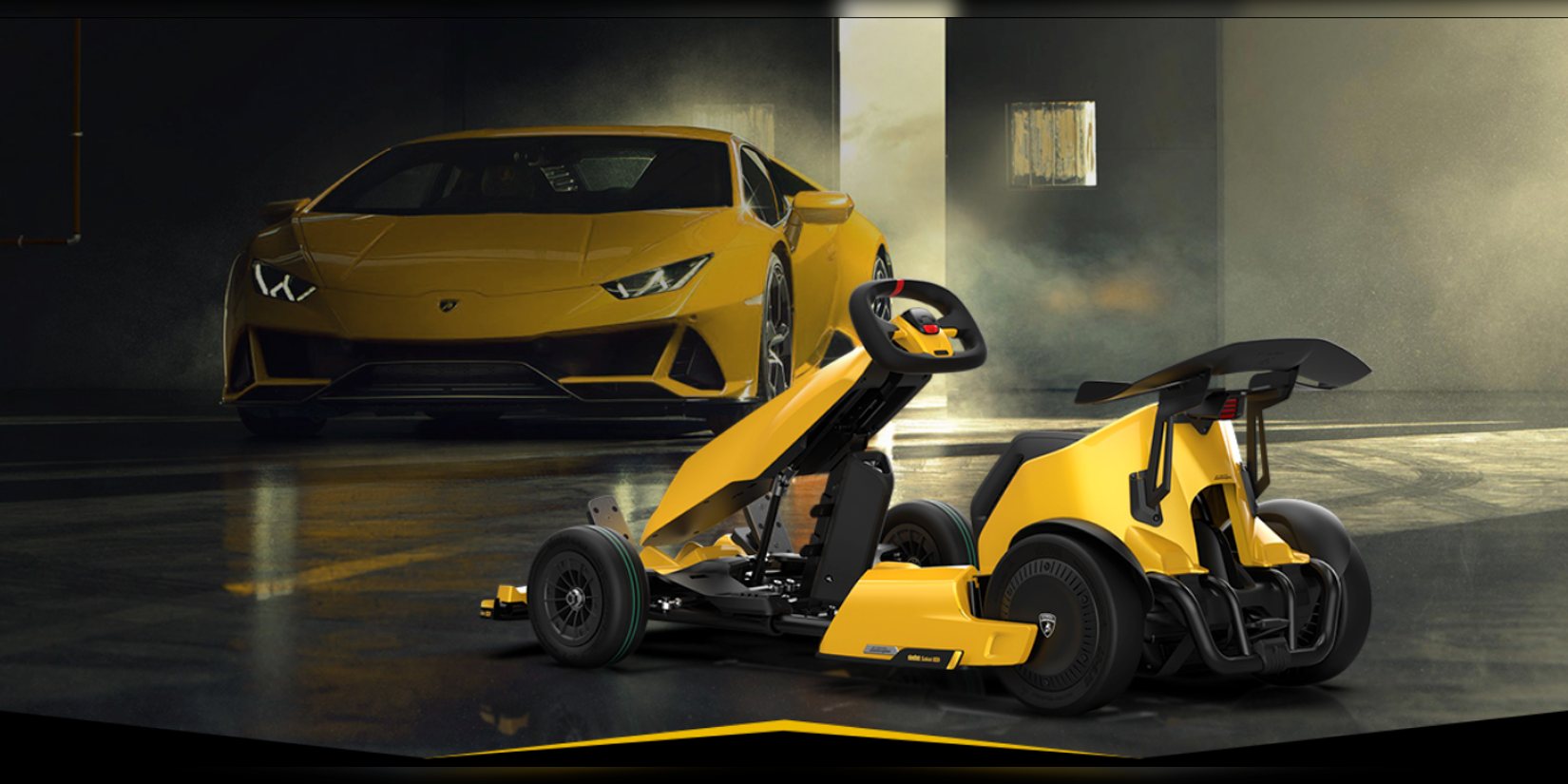 Xiaomi may have just helped produce the most affordable Lamborghini ever — and the only electric one. Just don’t plan on taking it on the highway, since the new Lamborghini electric go-kart is built purely for the track.

Officially known as the Ninebot GoKart Pro Lamborghini Edition, the new electric go-kart was produced by a partnership between Xiaomi and Lamborghini.

The build looks similar to an earlier Segway Ninebot design, yet gets some serious performance upgrades.

The new Lamborghini Edition go-kart reaches speeds of up to 25 mph (40 km/h) thanks to its detachable Xiaomi self-balancing scooter mounted in the rear. The rear tires are also swapped for drifting-friendly tires, while the front gets higher traction rubber for safer turning.

That battery is apparently enough to power the the Lamborghini Edition electric go-kart for up to 62 laps around a 400 meter track, or approximately 25 km (15.5 miles).

There are also four different speed limits that can be applied to the go-kart and accessed via a smartphone app, which might be good for when you let your kids take the wheel. But with a large bucket seat and a max passenger weight of 220 lb (100 kg), adults should also be able to enjoy the go-kart.

There are also built-in Bluetooth speakers that can either be used for playing your own music, or pumping out preprogrammed Lamborghini V8 or V12 sounds.

If it were me, I’d leave the dinosaur sounds off and enjoy the electric whirr, but I’m a bit biased.

The Lamborghini Edition electric go-kart obviously isn’t street legal, so don’t expect to drive it to the track. Instead, it actually folds up to make it easier to fit into a car.

For those looking to snag their own electric Lamborghini of sorts, the go-kart begins sales tomorrow for around $1,450, though I hope you don’t mind paying in Chinese Yuan.

You’re reading Electrek— experts who break news about Tesla, electric vehicles, and green energy, day after day. Be sure to check out our homepage for all the latest news, and follow Electrek on Twitter, Facebook, and LinkedIn to stay in the loop. Don’t know where to start? Check out our YouTube channel for the latest reviews.