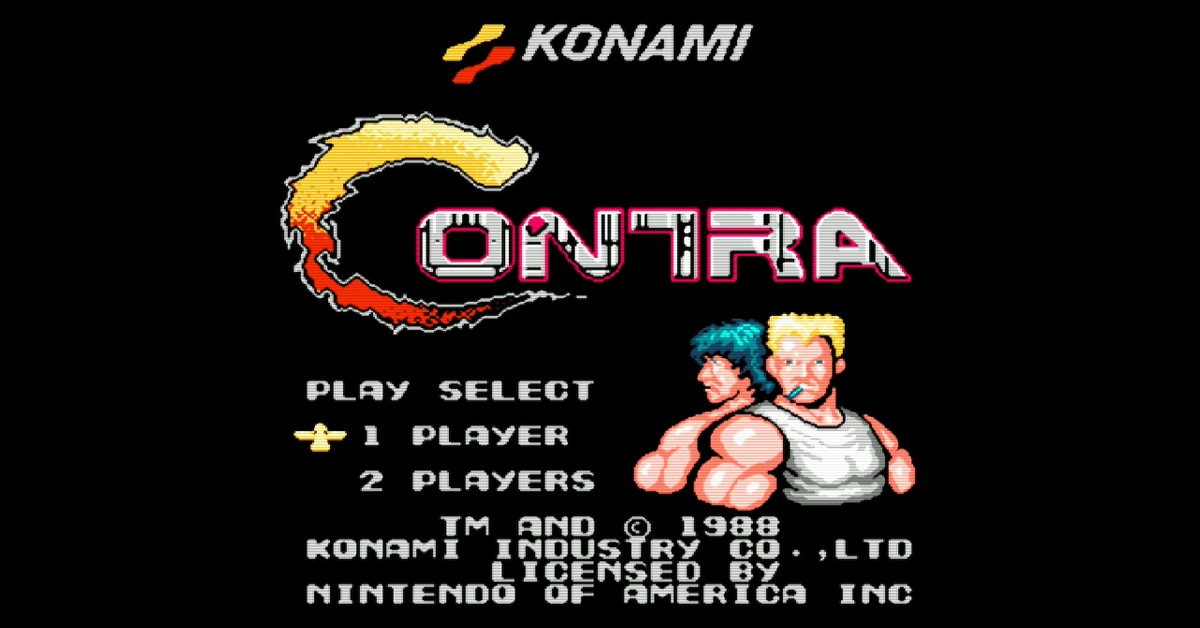 Kazuhisa Hashimoto, a producer credited with implementing the fabled “Konami Code” that gave players godlike cheats in Contra, Gradius, Castlevania, and other Konami games for the Nintendo Entertainment System, died on Tuesday. He was 61.

News of Hashimoto’s death was first shared by Yuji Takenouchi, a composer who has worked on Konami games. Konami itself confirmed Hashimoto’s passing on Twitter.

We are saddened to hear about the passing of Kazuhisa Hashimoto, a deeply talented producer who first introduced the world to the “Konami Code”.

Our thoughts are with Hashimoto-san’s family and friends at this time. Rest In Peace. pic.twitter.com/vQijEQ8lU2

Hashimoto was a programmer and producer for the home console port of Gradius, which in 1986 was the first video game to use the Konami Code. Hashimoto put it in the game as an aid for his playtesting, memorably saying that he “obviously couldn’t beat it.” For unclear reasons, the Konami Code was left in the shipped game, and was later used to playtest other games made by the publisher.

Contra, which launched on the NES in 1988, sold much better than Gradius and is more closely associated with the Konami Code’s origins. In it, cheat-code sharers discovered video gaming’s Charm of Making — up, up, down, down, left, right, left, right, B, A, start! — and were blessed with 30 lives, absolutely critical to a super-tough one-hit-kill side-scroller like Contra.

Nostalgia for the Konami Code, if not gratitude for its usefulness to many difficult games of the day, led to its inclusion in numerous other works. A Wikipedia entry on the code counts more than 100 Konami games with the cheat or some version of it inside them. Another 22 games made by other publishers included the code as a tribute, often revealing an Easter egg or secret message.

It has also shown up elsewhere in popular culture, most recently in Google Stadia’s website (and on its controller), and as a pastime Easter egg in Fortnite in October.

Kazuhisa Hashimoto was born Nov. 15, 1958. In a 2003 interview translated at the end of 2011, he said he joined Konami in the early 1980s, making circuit boards for coin-operated roulette and slot machine games.

The company’s early successes with coin-operated video games led to an expansion in that area. One of his first works was 1983’s Track & Field, a landmark sports video game whose popularity in the U.S. rode a wave of interest following the 1984 Olympic Games in Los Angeles. Hashimoto stashed Easter eggs in that game, too, such as the UFO that is speared by a javelin if the player deliberately aims it off the top of the screen.

Hashimoto was soon assigned to port these arcade titles to the NES, in a process in which a team of four people took about six months to complete the work. He chose the inputs for the Konami Code because they were easy to remember and yet hard to repeat by accident during normal gameplay. Hashimoto added that he was influenced by the hidden commands in 1983’s Xevious, by Atari, when creating the code.

Hashimoto left Konami sometime after the turn of the century. “Even though I’ve gone on to participate in most systems’ launch titles, from Gradius 3 on the Super Nintendo, and Parodius on the PC, to games for the PS2,” he said, “I think I like the Nintendo era the best of all.”